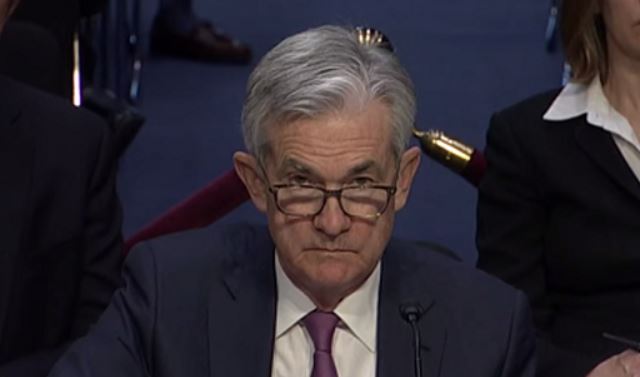 Fiscal 2020 started just like fiscal 2019 ended – with a massive federal budget deficit. And that has Federal Reserve Chairman Jerome Powell worried. In an ironic bit of political theater, Powell lectured Congress about the spending he helps facilitate.

The budget shortfall last month was 34% higher than the October 2018 deficit, coming in at $134.5 billion, according to the latest Treasury Department report. That starts fiscal 2020 off on track to eclipse a $1 trillion deficit.

The October deficit continues a well-established trend. The FY2019 deficit was $984 billion and ranked as the largest budget shortfall since 2012. The federal deficit has only eclipsed $1 trillion four times, all in the aftermath of the 2008 financial crisis.

Uncle Sam continues to spend enormous amounts of money. In October alone, the Federal government blew through $380 billion. That was an 8% increase over October 2018.  Federal outlays were higher for defense, education, healthcare and Social Security.

During testimony before Congress, Powell called the federal debt “unsustainable.”

Over time, this outlook could restrain fiscal policymakers’ willingness or ability to support economic activity during a downturn.”

Powell is concerned that with federal spending already through the roof, Congress may not be willing or able to bring large amounts of economic stimulus to the table in the event of a recession. And the Fed chair knows that the central bank’s inability to “normalize” interest rates after the Great Recession leaves very little ammunition in its own arsenal, as he warned Congress.

Nonetheless, the current low-interest-rate environment may limit the ability of monetary policy to support the economy.”

The Fed is operating from a position of fear as Powell’s remarks reveal. Although he insists the economy is strong, the Fed is already engaging in extraordinary monetary policy. The central bank just cut interest rates for the third time and has launched a new round of quantitative easing – that it emphatically refuses to call quantitative easing.

As Peter said in a recent podcast, the central bank has no intention of normalizing monetary policy.

Despite the fact that the economic data is deteriorating. Despite the fact that corporate earnings are falling, it is the Fed that is pushing this market to new highs by cutting interest rates, by indicating to the markets that they don’t have to worry about rate hikes no matter what happens with inflation. The Fed’s not going to raise interest rates. Oh, and by the way, they’re doing quantitative easing, and they’re going to print as much money as they have to keep the markets going up and to keep the economy propped up.”

Powell lecturing Congress about spending is ironic given that the Fed’s low interest rate policies and debt monetization make the spending possible. The whole reason the Fed is buying Treasury bonds in this “not QE” program is to allow the spending and borrowing to continue without pushing up interest rates. This is basically the drug dealer lecturing the junkie about his habit.

Powell pretends that the trend of falling interest rates despite rising government deficits has nothing to do with Fed policy. It’s entirely due to Fed policy, and because an accommodative Fed has enabled the debt to grow so large, the Fed owns the coming debt and dollar crisis!”

Authored by Michael Muharrey via SchiffGold.com,