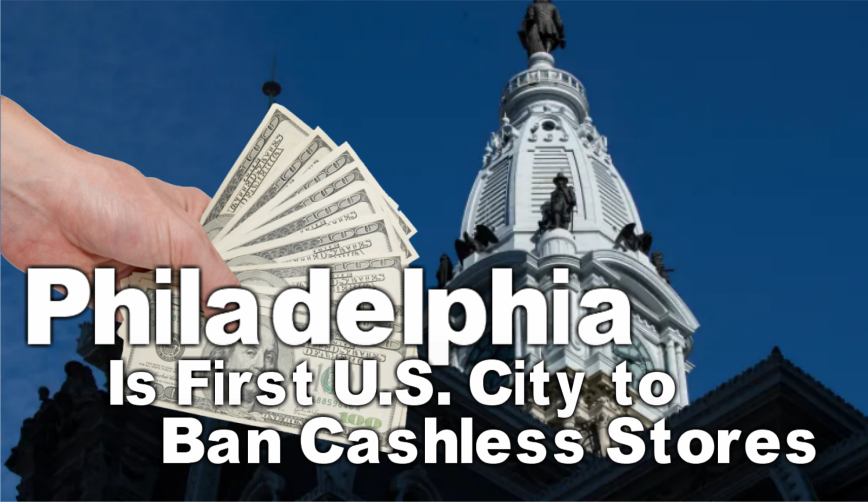 The city of Philadelphia has banned cashless stores, the Wall Street Journal reported on Thursday, in a move that “will require most retail stores to accept cash” as opposed to credit cards or mobile devices.

Despite the text on the U.S. dollar bill stating, “This note is legal tender for all debts, public and private,” that only applies to creditors. Unless mandated by other laws, retail stores, restaurants, and other businesses are not actually obligated to accept cash as a form of payment, and lately, there has been a wave of businesses banning physical currency and instead asking for payment via cards or apps. While businesses claim that going cashless allows for greater efficiency and prevents stick-up attempts, that new model has also spurred accusations of classism and deliberate intent to shut out the economically disadvantaged. Philadelphia officials cited those arguments when passing the law, the Journal wrote:

Philadelphia City Councilman William Greenlee, a Democrat, said he was inspired to introduce the bill after noticing some Center City sandwich shops had gone cashless.

“Most of the people who don’t have credit tend to be lower income, minority, immigrants. It just seemed to me, if not intentional, at least a form of discrimination,” he said. Now, he said, stores will be required “to do what businesses have been doing since Ben Franklin was walking the streets of Philadelphia.”

Philadelphia Mayor Jim Kenney, a Democrat, signed the bill into law last week. His spokesman noted that 26% of city residents live below the poverty line and many don’t have a bank account. Cash can be loaded onto prepaid debit cards, but those come with various fees.

“It just seemed to me unfair that I could walk into a coffee shop right across from City Hall, and I had a credit card and could get a cup of coffee. And the person behind me, who had United States currency, could not,” Greenlee told the New York Times.

According to the Times, businesses in violation of the policy after it goes into effect on July 1 could receive $2,000 fines. 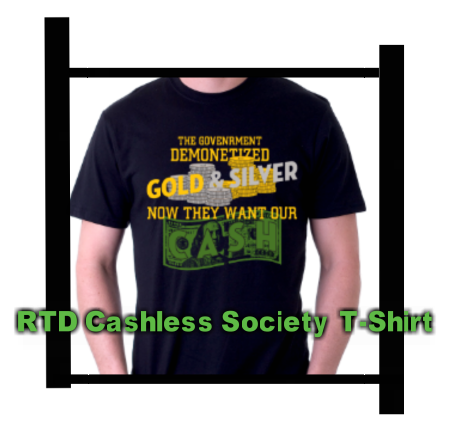 Businesses exempted from the law include parking garages and lots, wholesalers like Costco that have memberships, and those that typically need large deposits unlikely to be paid in cash like hotels, the Journal wrote. It also has a carve-out for “retail stores selling consumer goods exclusively through a membership model that requires payment by means of an affiliated mobile device application,” in what appears to be a nod to cashierless stores of the future, like those being tested by Amazon. (Amazon says it would still be impacted because it does not, in fact, require shoppers to be Prime members, a Commerce Department spokesperson told the Journal.)

Other bills to ban cashless establishments are currently being proposed in New York and New Jersey, while Massachusetts already mandates cash as an accepted form of payment, the Journal wrote.

However, some consumers are using cash less of their own volition: According to a 2018 Pew Research Center survey, the number of respondents who said they did not pay with cash in the last week increased from 24 percent in 2015 to 29 percent in 2018. The same survey, though, found that the number of respondents who said they paid exclusively or almost entirely in cash increased from 18 to 24 percent over the same time period.