Peter Schiff: There Is No Phase One Trade Deal Yet (Or A USMCA Deal) 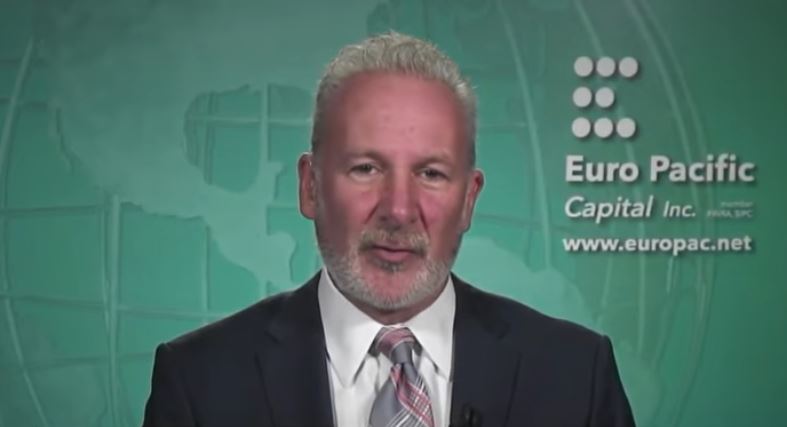 The U.S. stock market continues to add to its gains; the Dow Jones is up another 100 points today – a new record high: 28,235.89. We were up better than 200 points at one point in the day, but all the indexes are hitting new 52-week, or record highs.

Basically, we continue to bask in the light of the U.S. China Trade Deal that on Friday, we finally got news that the rumors of a trade deal were actually true. There actually is a trade deal because the Chinese have agreed, or admitted that they, too have come to some type of understanding with the United States on a Phase 1 Deal.

Of course, we don’t actually have the phase 1 deal yet because nothing is actually official; nothing has been signed. In fact, both sides seem to have different versions over what they have agreed to; so maybe some of the stuff has been “lost in translation”. We’ll have to see if they can actually put something in writing where both sides will agree.

A Truce in the Trade War

But one thing we know is that whatever is involved in this deal – this is not the resolution. This is not a trade deal; this isn’t even the end of the trade war. I would say it’s probably a truce. It’s not an outright surrender, although that’s probably coming eventually, but it’s really a truce in the trade war, and a de-escalation of arms.

One of the things that the U.S. is supposedly committed to is rolling back the tariffs. Not only calling off new tariffs that were supposed to take effect over the weekend, but eliminating or reducing the tariffs that are already in place. But as far as a comprehensive deal that actually delivers the type of structural change that President Trump promised; nobody thinks that any of that stuff is involved in this deal at all.