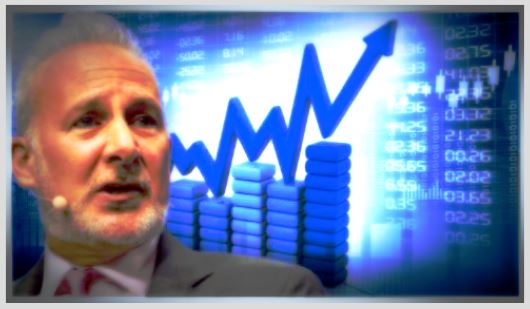 The Federal Reserve’s easy money policies are going to bring the inflation boogeyman back to America with a vengeance, according to Peter Schiff, chief executive officer and president of the Westport, Connecticut-based Euro Pacific Capital.

The Fed, at the conclusion of its two-day policy meeting on Wednesday, said it expects to hold its key interest rate unchanged throughout 2020 before hiking one time in 2021. But Schiff thinks the central bank’s next move will be a rate cut and that it will happen sooner than anyone thinks.

“The reason the Fed had to start cutting rates was because last year the air really started to come out of that bubble,” Schiff told FOX Business’ Liz Claman on Wednesday. “So the Fed had to blow some air back in so this is not a strong economy, it’s never been a strong economy. The whole thing is an illusion.”

The central bank cut its fed funds rate three times this year, to its current range between 1.5 percent and 1.75 percent, after hiking it nine times between December 2015 and December 2018.

“We are going to be hit with a tsunami of inflation in this country,” Schiff said, adding that he sees the U.S. spiraling into an “inflationary depression.”

Volcker, who served under Presidents Carter and Reagan, broke the back of double-digit inflation that ran rampant in the U.S. during the late 1970s and early 1980s by hiking the fed funds rate to a record-high 20 percent.

While Schiff did not give a timeframe for when runaway inflation will hit the U.S., his call goes against the grain of what many economists are expecting.

“The continued stability in unit labor costs growth suggests that core CPI inflation will ease over the coming quarters, consistent with the Fed’s preferred PCE measure remaining below the 2% target,” Andrew Hunter, senior US economist at the London-based Capital Economics, wrote in a note sent out to clients on Wednesday.

Schiff points to the high levels of U.S. debt as eventually leading to an explosion in inflation.