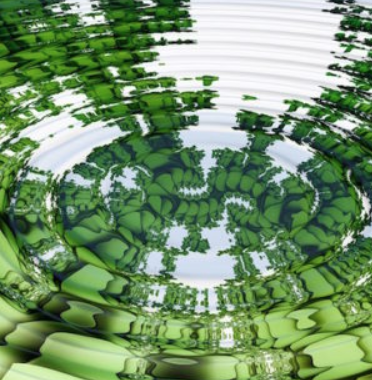 In our last article (A Minsky Moment is coming for gold) we presented the “Minsky Moment”, referring to a point in time when a period of bullish speculation leads to a spectacular market crash.

Named after economist Hyman Minsky, the theory centers around the inherent instability of stock markets, especially bull markets such as the current one that has been in place for over a decade.

“Minsky held that, over a prolonged period of prosperity, investors take on more and more risk, until lending exceeds what borrowers can pay off from their incoming revenues. When over-indebted investors are forced to sell even their less-speculative positions to make good on their loans, markets spiral lower and create a severe demand for cash — an event that has come to be known as a ‘Minsky moment.”– The Levy Economics Institute of Bard College

In our article we asked, “Is the current US stock market, and global economy, approaching a Minsky Moment?” If so, precious metals gold and silver will surely go ballistic in the aftermath of the collapse.

The intellectual challenge is identifying the metaphorical pin that pops the bubble, which investors, banks and governments have been happily inflating.

Our Minsky Moment piece pinpointed some catalysts that could lead the global economy down a road of economic ruin. They include the coronavirus; a related collapse in ocean freight shipping rates; “fake” good news that is masking serious problems in the US economy, like a lack of business investment; record share buybacks that enrich management not companies nor their shareholders; plus any number of “white swan” geopolitical risks – hotspots that could at any time boil over into a conflagration that destabilizes the fragile global economy.

The truth of the matter though, is these are all symptoms of a bigger, much more insidious disease, and that is paper money – more specifically, piles and piles of consumer, business and government debt that has been allowed to accumulate, without consequences, under our fiat/ paper monetary system.

Gold’s Minsky Moment will come when everyone realizes that the paper monetary system, and its reserve currency the US dollar, has no intrinsic value, and therefore can no longer be trusted – when money is worth nothing but the paper it’s printed on, and previously rejected gold and silver re-emerge as currency backstops.

The making of the Fed

The US Federal Reserve operates as a central bank, controlling fiscal and monetary policy. Its three goals are to promote maximum employment, keep prices stable (ie. control inflation) and to moderate long-term interest rates. The Fed is “independent” in that it is not a part of the US government. While the US President appoints its seven-member board of governors, including its chair (appointments must be approved by the Senate), he has no direct control over its policies – though he’d certainly like to. (witness President Trump’s attempts to bully current Fed Chair Jerome Powell into dropping interest rates in order to keep the US dollar low – needed for Trump’s MAGA credo of reviving the US manufacturing sector)

How did the US come to have a central bank that is independent from the government? It all goes back to November 22, 1910, when a delegation of the nation’s leading financiers, led by Senator Nelson Aldrich, left New Jersey for a secret 10-day meeting on Jekyll Island, Georgia. Among the attendees are some now-familiar American family banking names:

The whole point of creating the Federal Reserve System was to give the new central bank (the Fed) control over the money supply – having been spooked by the crisis of 1907. Here a bit of history is useful, courtesy of former US Senator Ron Paul and Lewis Lehrman’s ‘The Case for Gold’ – written back in 1983.