Panic More Contagious Than The Coronavirus: A Crisis Is A Terrible Thing To Waste 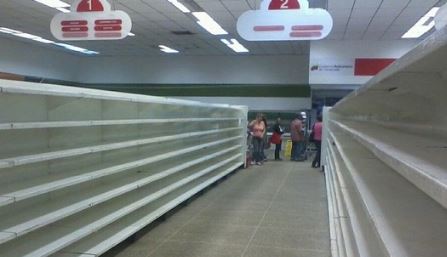 What’s a lot scarier than the coronavirus is realizing what we’re willing to accept, to sacrifice and to hand over, in exchange for a flimsy promise of protection…

“You never want a serious crisis to go to waste. And what I mean by that, it’s an opportunity to do things you think you could not do before.” -Rahm Emanuel, Barack Obama’s Chief of Staff from 2009 to 2010.

Only a couple of weeks ago, if anyone told you that your entire country would be basically shutting down, that events and public gatherings would be outlawed, that you’d be looking at empty shelves in your local supermarket and that the global stock market would be on the brink of collapse, you’d never have believed them. Or if you did, you’d probably be expecting some kind of armed conflict scenario, a revolution, or an alien invasion, or something equally bombastic. You’d never have imagined that it’d be a bug that did that and in what now seems like a blink of an eye.

And yet, this is where we stand today and nobody knows for how long we’ll be stuck in this state. As we hanker down and try to come to grips with this bizarre new reality, there’s a couple of interesting lessons and observations we can at least take the time to explore a little further.

Panic is more contagious than the coronavirus

Hysteria has seeped through every level of what we were so proud to call our “civilized” and “sophisticated” societies, from government officials at the very top, to a large portion of the public. The media, bearing most of the responsibility for spreading the “corona terror”, have once again proven that they value ad revenue much more than any sort of journalistic ethics. We’re being constantly bombarded with near-apocalyptic scenarios, news of more deaths and new cases, reports from doctors describing the last moments of dying patients and with stern warnings that we or our loved ones could be next. Of course, there is nothing trivial nor misguided about keeping people informed about the spread of the disease and the efforts to fight it. However, there is a way of doing it, by sticking to the facts and without encouraging mass panic. And then there’s also all the good news that is being buried under the enormous volume of the fear mongering headlines.

I’m no virologist, nor do I have any kind of medical training, but from the existing scientific literature, all the available research and the experts’ updates on the disease, even a layman like myself can see that it’s definitely not all doom and gloom. We might not know much about it and the statistics we have so far might be limited compared to diseases that we’ve known and studied for generations, but what we do know is actually quite reassuring.

At the time of writing this, there have been close to 190,000 confirmed cases, around 7,500 deaths and nearly 81,000 recoveries, globally. Those who succumbed, as we all know by now, are in their vast majority older and immunocompromised people, while the symptoms reported by otherwise healthy adults are mostly described as very mild. In fact, it is precisely because most cases are so mild and because most people recover by themselves that there is a large gap in the statistics. Also, many countries are under-testing, or only recently catching up, which means that in many cases, the patients that show up in their numbers as “confirmed cases” were the ones that were already high risk or showing symptoms beyond a mere cough. This is likely a small fraction of the total of those inflected. Therefore, if we include in the statistics all those who recover without any medical intervention, then the mortality rate, which is already quite low, sinks even lower, and then this whole thing doesn’t look quite as scary anymore.

The cost of fear

A cold and rational look at the facts (and, yes, these might change, but they’re all we have to tether us to reality for the time being) really displays a sharp contrast with the narrative being propagated in the news and in official announcements.

For one thing, where are all the headlines about the recoveries? Or about South Korea flattening the curve? Or about the comparisons to other recent epidemics that were successfully defeated without any of the extreme measures we see today, like H5N1 that had a fatality rate of about 60%? Comparisons might be imperfect, of course, as contagion rates and other factors might differ from disease to disease, but the point remains that we’ve seen a lot worse than Covid-19 and we survived, without placing every human on the planet under house arrest.

The impact of this kind of one-sided reporting goes a lot further that the anxiety it is spreading among the people and the mass-panic it is seeding. It goes even beyond the physical manifestations of this mental state that it is inducing, namely the panic buying, the hoarding and the empty supermarket shelves.

The real danger lies in the decisions and the trade-offs that this fear comes to dictate and in the way it hijacks our critical thinking. What’s a lot scarier than the coronavirus is realizing what we’re willing to accept, to sacrifice and to hand over, in exchange for a flimsy promise of protection.

In the upcoming second part, we dig deeper into the policy developments so far and the implications of the extreme measures that have already come to pass. We also look at the potential next steps and their impact on the economy and on civil society.