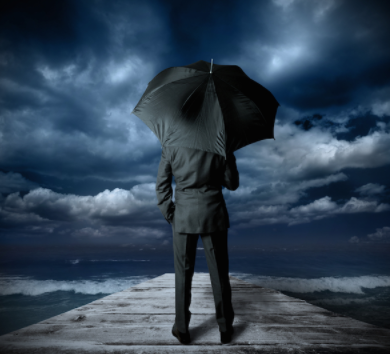 Back in the oil-embargo recession of the early 70s when Boeing was Seattle’s economy and was laying off thousands of Seattleites, a billboard on the edge of town by Sea-Tac Airport read, “Will the last person leaving Seattle turn the lights out?” (Boeing had gone from 100,800 employees in 1967 to 38,690 in 1971.)

Since Seattle is the first area where the coronavirus made landfall in the US, I’ll present Seattle’s viral transformation in the last forty-eight hours (about two weeks since the first cases were reported) as an anecdote for the extremely rapid changes already sweeping many cities in the US as outbreaks begin to show elsewhere.

You may recall I recently wrote that the COVID-19 virus, whether it grew to become one of the world’s great killers or just the cause of one of the world’s great panics, would certainly bring rapid economic damage. It would also help take down the stock market by accelerating us into recession, which is how I’ve been predicting this bull run will finally die.

The crisis has now become economic suicide because it is not the death of millions of people that is tearing the economy apart; it is the fear that there may be deaths of millions of people that is causing humanity to tear the already fragile fabric of the global economy apart by their actions (on the political level, the corporate level and the individual consumer level). It is a fabric already worn thin by two years of trade wars, moth-eaten by corruption and greed, and badly woven from materially flaws economic ideas, patched with bailouts.

To be clear, this article is not about the statistics of the disease, itself, and how bad it really is but just about the public response and its already severe impact on the economy that will be showing up in stats down the road. For that discussion, it doesn’t matter how severe the disease actually turns out to be. (I have, however, revised some of my earlier statements about that here.)

What matters for this discussion is how public perception is impacting the economy right now. Even if the disease kills fewer people this year than the common cold, the human response is already far more extreme in areas not even touched by the illness than any response I’ve seen in my lifetime to any pandemic … or to anything at all. Think about it:

The Seattle lights go out

This particular coronavirus illness (COVID-19) broke out in the US in a single nursing home in Kirkland, a Seattle suburb, There it killed (so far) fifteen of the old and infirm. So far, that is the only kind of person it has killed, but the disease leaked slightly into the business community after about a week and within the last forty-eight hours it caused all of the following fallout:

The University of Washington canceled all classes on campus and asked its 50,000 students to take courses and finals online until the end of winter quarter.

Numerous schools in the Seattle — public and private — closed campus classrooms until the end of winter quarter. For example, the much smaller Seattle University (7,300 students) has closed classrooms until after spring break. Likewise for Lake Washington Institute of Technology (6,000-students). Same goes for grade schools and high schools and religious academies in the Seattle area. Schools in other counties all over western Washington are seriously contemplating month-long closures.

This panic transpired in the last forty-eight hours, even though no schools or universities in Washington State have reported any diagnosed cases of COVID-19, and in spite of the fact that the disease barely even affects children and has never been lethal to college-age people that I have been able to find in any report. Few children anywhere have even gotten the disease. They seem only to carry it. (Many major universities in the US stated in the last twenty-four hours they will take similar actions if the disease comes near them.)

Facebook closed its Seattle office until March 9 because a contractor in the office had an employee diagnosed with COVID-19. 5,000 employees have been ordered to work from home until the end of March. Alarm spread from Facebook’s Seattle office to offices in other states as people worried they, too, might have had contact with the one contractor. From there, the alarm spread to other companies in Seattle: (NPR)

Amazon also had an employee at its Seattle headquarters come down with COVID-19 and ordered all employees in the greater Seattle areas who can work from home to do so until the end of March. (How will people buy their surgical masks when they dare not travel to stores where they might meet other people?) (NPR)

by David Haggith for The Great Recession