One Way Banks Aren’t Ready for the Next Crisis 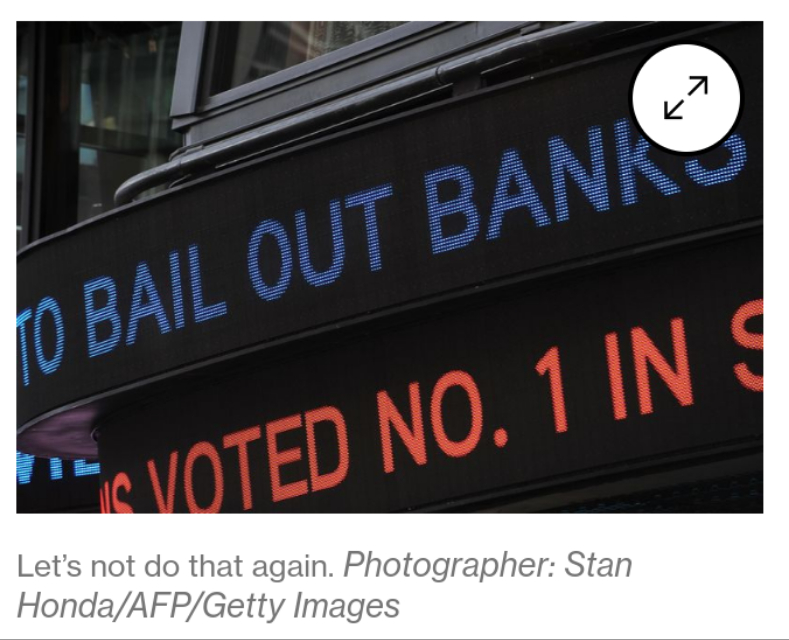 The reforms the U.S. adopted after the 2008 financial crisis were supposed to ensure that banks would be better prepared to bear losses on loans gone bad.

So are they? In one important way, not so much.

When banks make loans, they know that some of them never will be repaid. To be prepared, and to better reflect the true value of the loans on their books, they create allowances against expected losses. Ideally, these reserves are the first line of defense in a crisis, providing a buffer before losses start eating into a bank’s equity capital.

Yet in the last crisis, the mechanism didn’t act as it should. When the economy was booming and loss rates were low, banks created only meager reserves on the assumption that things would stay that way. So when borrowers started to default en masse, banks had to scramble to boost their reserves all at once. This provisioning led to net losses and eroded their capital precisely at the time when they needed it most.

Now the economy is far into a long expansion, and signs of excess are again appearing, this time primarily in corporate lending. So are the banks better prepared?

Although they do have more capital, it still isn’t enough to weather a severe crisis. And they don’t appear to be protecting that capital by creating bigger loan-loss reserves. As of March, reserves at the largest U.S. banks (those with more than $500 billion in assets) stood at 1.2% percent of total loans. That’s about where they were before the last crisis hit.

This isn’t entirely the banks’ fault. In the past, regulators have punished them for provisioning too much, on the grounds that they were manipulating the reserves to make their earnings look smoother. Current accounting rules allow banks to add to their reserves only when losses are probable — which typically means the loans must already be more than 90 days past due. So if they tried to be better prepared, they could get into trouble.

The good news is that, after years of deliberation, accounting authorities are changing the rules. Starting next year, they will require banks to look through the cycle, building reserves based on how much they expect to lose over the lifetime of their loan portfolios. If banks respond by increasing provisions, profits will take a temporary hit. But the whole system will be more resilient when the next downturn comes.

Unfortunately, the organizations that lobby on banks’ behalf are trying to stop or at least delay the reform. Bills introduced in both the House and Senate would block the change and require further study — even though research shows that it would work as intended and much of the world has already adopted similar reforms.

Let’s hope that legislators find better uses for their time, and that the new rule engenders more prudence.

To contact the author of this story:
Mark Whitehouse at [email protected]