Once again, the flu shot proves to be an ineffective joke “medicine” that does nothing but harm people 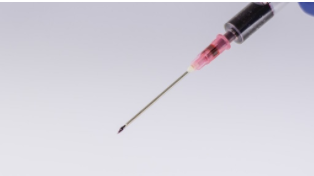 With novel coronavirus showing no signs of relenting anytime soon, the United States Centers for Disease Control and Prevention (CDC) has even more bad news: This season’s influenza vaccines are once again a mismatch, meaning they don’t work.

The public health agency claims that this year’s flu jabs are only a 58 percent match, which is “not an awful match,” according to National Institute of Allergy and Infectious Diseases (N.I.A.I.D.) Director Dr. Anthony Fauci, M.D., “but it’s not a very good match.”

Part of the National Institutes of Health (N.I.H.) and an agency of the Department of Health and Human Services (H.H.S.), the N.I.A.I.D. says current flu shots will not provide protection against the B/Victoria strain of flu that’s currently spreading among children. The agency says it will, however, provide some protection against H1N1, which circulated several years ago, as you may recall.

Fauci says that, in lieu of a working flu vaccine, people should stay away from crowded areas and wash their hands frequently. However, he makes no dietary or lifestyle suggestions that could help to naturally protect people against the flu.

The CDC warns that the overall hospitalization rate for seasonal flu this year is up to 19.9 per 100,000 people, while deaths associated with both influenza and pneumonia have jumped from 6.0 to 6.9 percent. So far, about 39 children have died this season from the flu and flu-related diseases.

The CDC also admits that influenza is “constantly changing” and morphing into other strains, which is why “ongoing data collection and characterization of the viruses are required.

In its weekly flu report, the CDC revealed that more than half of those afflicted by this year’s primary circulating flu strain are children and adults under the age of 25, a much higher proportion of young people compared to previous years.

The reason for this, say experts, is that the current flu strain is designated as a B variety, which reportedly afflicts children and young people to a much higher degree than older people.

“We’ve seen something this year that we haven’t seen in probably 27 years, which is a noticeable increase in the number of influenza B infections early in the season,” stated Andi L. Shane, chief of pediatric infectious diseases at Emory University‘s School of Medicine and Children’s Healthcare in Atlanta.

Influenza A has also begun to circulate in recent weeks, this being the class associated with the H1N1 viral strain. Keep in mind that influenza A and B are in addition to the circulating novel coronavirus, which appears to be developing into a global pandemic all on its own.

Schools and school districts across multiple states are reporting multi-day closures in response to these virulent strains of seasonal flu. Knox County, Tennessee, for example, closed all 88 of its schools for three days, which affected more than 5,000 students who stayed home and didn’t go to class.

“I think there was a concern that this was more of a novel strain that kids haven’t seen so they are getting sicker,” says Dr. Ari Brown, a pediatrician from Texas.

by: Ethan Huff for Natural News