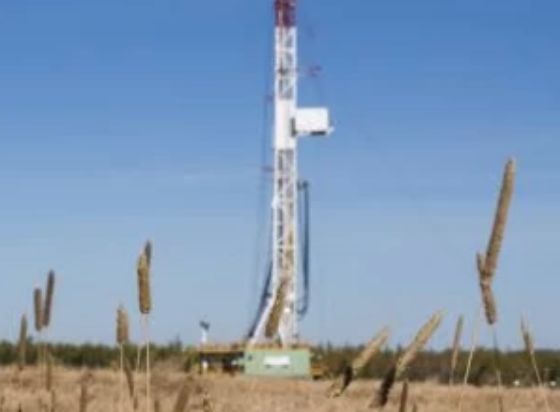 The market meltdown continued on Thursday, with stocks across the board in retreat. Oil prices were down more than 4 percent in early trading, falling to their lowest levels in more than a year.

WTI plunged below $47 per barrel, and at the time of this writing, Brent was flirting with sub-$50.

President Trump’s press conference on Wednesday did little to assuage fears, as he downplayed the threat at a time when the virus was quickly spreading. Around the time of his press conference, the first diagnosis in the U.S. not directly related to a known case was announced, an indication that the virus is becoming increasingly hard to contain.

Several days of plunging oil prices led to a bloodbath in energy stocks on Thursday.

Here’s a quick look at some of the losses, as of midday Thursday:

The SPDR S&P Oil & Gas Exploration & Production index – a broad selection of U.S. shale drillers – was down about 5 percent, marking another all-time low for the index, stretching back more than a decade.Related: The Holy Grail Of Clean Energy Is Closer Than Ever

Some of the losses narrowed later on Thursday, but a sea of red was hard to miss.

The selloff was made much worse by a series of quarterly results that disappointed. For example, after the close of market on Wednesday, Continental Resources, reported weaker-than-expected results. Importantly, the company said that it would generate lower free cash flow for 2020 than previously thought, even though it will keep spending flat.

On Thursday, Pittsburgh-based EQT, the largest natural gas producer in the country, reported a larger fourth quarter loss than anticipated. The poor result was made much worse by a $1.12 billion impairment charge. The company lost $1.18 billion in the fourth quarter, and its gas production was down from a year earlier. The shale gas giant’s share price has fallen by more than 75 percent since last spring.

Whiting Petroleum fared worst, falling about 20 percent on Thursday, after the company reported another quarterly loss. At one point, the company’s share price was down more than 40 percent. The quarterly loss was not as bad as expected, but the outlook was downbeat. Crucially, the company made no comment about upcoming debt maturities, something analysts say contributed to the selloff.

So, there are two things going on at once. The coronavirus is obviously causing a market meltdown, one that could continue to grow worse. But the financial stress in the shale sector existed before the pandemic began; the sharp drop in prices is just magnifying the pressure for drillers.

“We looked. We tried! We scoured the internet for good news, but markets continued to takes hits in Wednesday’s trading,” Raymond James said on Thursday.Related: Russia: Coronavirus Impact On Oil Is Worse Than Expected

The downturn significantly increases pressure on OPEC+ to act. On Thursday, news reports suggest Saudi Arabia will reduce oil exports to China by around 500,000 bpd. OPEC Secretary-General Mohammad Barkindo also said that there is “renewed commitment” for the OPEC+ coalition to reach an agreement on reducing output.

Moscow has hesitated up until now. “As recently as 20 February, Russia’s Energy Minister, Alexander Novak, gave an upbeat analysis to reporters pointing to the then Brent price of USD 59/bbl as a vindication of the long delay,” Standard Chartered wrote in a note. “We think that Russia’s inaction risks souring its nascent but politically valuable relationship with Saudi Arabia. It also threatens to remove short-term support from the oil price.”

“Oil appears to be the speculative short of choice in response to the coronavirus, and we think that a difficult OPEC+ meeting in Vienna next week and further delay would leave the market vulnerable to a short-term swing below USD 30/bbl,” Standard Chartered added.

With Brent back down into the low-$50s, it seems hard to imagine OPEC+ leaves Vienna without an agreement to cut production deeper. Although, given the fact that the coronavirus is spreading across Europe, it’s not even clear that OPEC+ will be able to meet in person in Vienna.

By Nick Cunningham for Oilprice.com