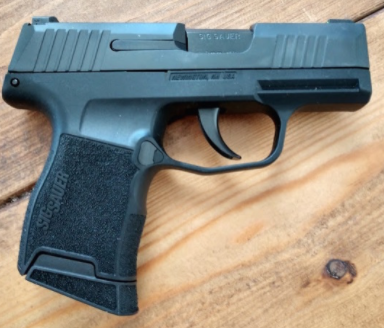 In New York, there’s a bill that is currently at the Senate Committee level that could radically change the way guns are bought, sold, and transferred between people.

That bill would force people to undergo a mental health screening and share their results with retailers and private sellers of guns if they so decide to try to purchase one.

Interesting that a state would encroach upon HIPPA protections when it comes to people purchasing guns, but wouldn’t dare force someone to get an STD screening if they wanted to embark upon a new sexual partner.

SB 7065 is already well in motion in New York. The bill, introduced by Democratic State Senator James Sanders, would forcibly compel prospective purchasers of firearms to prove that they’re mentally fit to possess said guns they intend to purchase.

Now this mental health examination would also occur prior to a background check even being conducted.

Why you might ask, well mental health exams are more subjective and are based on ‘educated opinions’. Therefore, they are easier to manipulate.

Background checks, on the other hand, are pretty cut and dry – either you’ve committed crimes in the past or you haven’t. Whereas mental health evaluations are contingent upon opinions of deemed experts, which expertise is a malleable truth, as one expert can proclaim dominance over another and so on.

You might be wondering the “how” and the “who” behind running this mental health racket. These evaluations would be overseen by the New York State Office of Mental Health.

The bill states the following on these required mental health screenings:

“Before any sale, exchange, or disposal of a firearm, rifle or shotgun at a gun show, by a federally licensed dealer or private sale, including when such sale, exchange or disposal is between immediate family members, a purchaser of any firearm, rifle or shotgun shall submit to a mental health evaluation and provide the seller with proof of his or her approval to purchase such firearm.”

Some would argue this is a state-run endeavor to essentially disarm those without the proper group-think. And they would probably be right.

The state is going to determine who fits the persona of a mentally sound firearm purchaser, as the bill specifically names the commissioner of mental health as the one responsible for such.

The commissioner’s influence is even furthered on the bill here:

So, if you gave a gun to perhaps your spouse, your son or daughter, or perhaps your parents – you’d have to get a state-approved mental health check on them first.

Failure to do so would land you a healthy felony charge and the possibility of seven years in prison. If this bill gets signed into law, which it may very well, you can expect it to take effect in 180 days from said signing.

One of the most interesting speculations on the proposed bill making its way through New York was by one commenter online that stated the following:

“US Department of Justice- Source and Use of Firearms Involved in Crimes: Survey of Prison Inmates, 2016.

In short, of all criminals interviewed who were imprisoned for gun-related crime, less than 2% obtained the weapon through the standard legal process.

So exactly how this bill will help keep people safe if the criminals don’t follow the legal process to obtain a firearm in the first place? This puts an additional burden on the state healthcare system, small business gun stores, and the law-abiding citizen.”

Who would have guessed that gun crimes are committed by people who have no regard for the law anyway? Once again, anti-gun states are trying to make things harder for people who will follow the law and therefore turn them into potential victims.