No Respite for the Wicked, Pompeo Unleashed 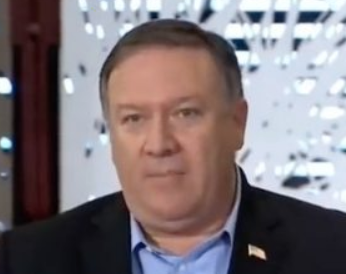 There are few things in this life that make me more sick to my stomach than watching Secretary of State Mike Pompeo talking. He truly is one of the evilest men I’ve ever had the displeasure of covering.

Into the insanity of the over-reaction to the COVID-19 outbreak, Pompeo wasted no time ramping up sanctions on firms doing any business with Iran, one of the countries worse-hit by this virus to date.

It’s a seemingly endless refrain, everyday, more sanctions on Chinese, Swiss and South African firms for having the temerity in these deflating times to buy oil from someone Pompeo and his gang of heartless psychopaths disapprove of.

This goes far beyond just the oil industry. Even though I’m well aware that Russia’s crashing the price of oil was itself a hybrid war attack on U.S. capital markets. One that has had, to date, devastating effect.

While Pompeo mouths the words publicly that humanitarian aid is exempted from sanctions on Iran, the U.S. is pursuing immense pressure on companies to not do so anyway while the State Dept. bureaucracy takes its sweet time processing waiver applications.

Pompeo and his ilk only think in terms of civilizational warfare. They have become so subsumed by their big war for the moral high ground to prove American exceptionalism that they have lost any shred of humanity they may have ever had.

Because for Pompeo in times like these to stick to his talking points and for his office to continue excising Iran from the global economy when we’re supposed to be coming together to fight a global pandemic is the height of soullessness.

And it speaks to the much bigger problem that infects all of our political thinking. There comes a moment when politics and gaining political advantage have to take a back seat to doing the right thing.

I’ve actually seen moments of that impulse from the Democratic leadership in the U.S. Will wonders never cease?!

Thinking only in Manichean terms of good vs. evil and dehumanizing your opponents is actually costlier than reversing course right now. Because honey is always better at attracting flies than vinegar.

But, unfortunately, that is not the character of the Trump administration.

It can only think in terms of direct leverage and opportunity to hold onto what they think they’ve achieved. So, until President Trump is no longer consumed with coordinating efforts to control COVID-19 Pompeo and Secretary of Defense Mark Esper are in charge of foreign policy. They will continue the playbook that has been well established.

Maximum pressure on Iran, hurt China any way they can, hold onto what they have in Syria, stay in Iraq.

To that end Iraqi President Barham Salei nominated Pompeo’s best choice to replace Prime Minister Adil Abdel Mahdi to throw Iraq’s future into complete turmoil. According to Elijah Magnier, Adnan al-Zarfi is a U.S. asset through and through.

And this looks like Pompeo’s Hail Mary to retain U.S. legal presence in Iraq after the Iraqi parliament adopted a measure to demand withdrawal of U.S. troops from the country. Airstrikes against U.S. bases in Iraq continue on a near daily basis and there have been reports of U.S. base closures and redeployments at the same time.

This move looks like desperation by Pompeo et.al. to finally separate the Hashd al-Shaabi from Iraq’s official military. So that airstrikes against them can be carried out under the definition of ‘fighting Iranian terrorism.’

As Magnier points out in the article above if al-Zarfi puts a government together the war in Iraq will expand just as the U.S. is losing further control in Syria after Turkish President Erdogan’s disastrous attempt to remake the front in Idlib. That ended with his effective surrender to Russian President Vladimir Putin.

The more I watch these moves by Pompeo the more sympathetic I become to the most sinister theories about COVID-19, its origins and its launch around the world.

It is sad that, to me, I see no reason to doubt Pompeo and his ilk in the U.S. government wouldn’t do something like that to spark political and social upheaval in those places most targeted by U.S. hybrid war tactics.

But, at the same time, I can see the other side of it, a vicious strike back by China against its tormentors. And China’s government does itself, in my mind, no favors threatening to withhold drug precursors and having officials run their mouths giving Americans the excuse they need to validate Trump and Pompeo’s divisive rhetoric.

Remaining on the fence about this issue isn’t my normal style. But everyone is dirty here and the reality may well be this is a natural event terrible people on both sides are exploiting.

And I can only go by what people do rather than what they say to assess the situation. Trump tries to buy exclusive right to a potential COVID-19 vaccine from a German firm and his administration slow-walks aid to Iran.

China sends aid to Iran and Italy by the container full. Is that to salve their conscience over its initial suppression of information about the virus? Good question. But no one covers themselves in glory by using the confusion and distraction to attempt further regime change and step up war-footing during a public health crisis, manufactured or otherwise.

While Pompeo unctuously talks the talk of compassion and charity, he cannot bring himself to actually walk the walk. Because he is a despicable, bile-filled man of uncommon depravity. His prosecuting a hybrid war during a public health crisis speaks to no other conclusion about him.

It’s clear to me that nothing has changed at the top of Trump’s administration. I expect COVID-19 will not be a disaster for Trump and the U.S. It can handle this. But the lack of humanity shown by its diplomatic corps ensures that in the long run the U.S. will be left to fend for itself when the next crisis hits.