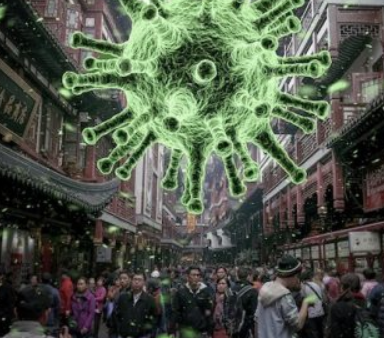 Well, what a tumultuous week it’s been in the markets. Fortunately for investors who have diversified into gold, it’s been a bit less tumultuous than for those who are overexposed to stocks.

Wall Street is suffering its most severe weekly drop – more than 15% as of Friday morning — since the financial crisis of 2008. By Thursday, panic selling had already set in as the Dow plunged 1,200 points in its worst single day point loss on record, though not its worst day in percentage terms.

Silver prices have certainly succumbed to selling this week and selling pressure has accelerated here during the last couple of days. The white metal is now down and even 10% since last Friday’s close, dropping nearly $2 an ounce and currently trade at $16.70 per ounce.

Meanwhile, gold prices had traded remarkably steady for most of the week. The monetary metal was virtually unchanged through Thursday’s close, but it is taking it on the chin here today, however. As of this Friday recording, gold shows a weekly decline now of 3.6%, with virtually all of that coming here today, to bring spot prices to $1,586 per ounce.

Gold is faring much better than the gold mining stocks. The HUI gold miners index dropped 7% on Thursday and a good deal further on Friday as no sector of the stock market has provided shelter from the selling spree.

Turning to the platinum group metals, platinum shows a staggering weekly loss of 12% now to trade at $861. And finally, once soaring palladium is now getting absolutely hammered today — down more than $300 today alone and on the week by 6.3% but still trades at a lofty $2,533, albeit off quite a bit from the $2,800+ price seen as recently as yesterday.

In the near term, market risks are elevated for all asset classes. Expectations are now building for an intervention by the Federal Reserve to prop up Wall Street. It now appears likely the Fed will cut its benchmark rate by at least a quarter point at its next meeting.

In anticipation, the U.S. Dollar Index is starting to trade lower as a result.

Sara Eisen: The dollar is actually weakening for a change. And why? Well, after all the hand wringing about China and Europe and global growth, the U.S. growth picture is now the market’s main worry. Also, the odds are spiking for the Federal Reserve to cut interest rates, which would weaken the dollar as well with the bond market now fully expecting it to come by March. And there’s another factor at play and that is President Trump. In his coronavirus update to the nation last night, the President took a swipe at the Fed and the strong dollar. Listen.

President Trump: We’ve been hurt, in my opinion, very badly by our own Federal Reserve who has also created a very strong dollar. That’s something nice about a strong dollar, but it makes it much harder to do business outside of this country.

Sara Eisen: And the President has been effective at driving down the dollar with words like that before. He’s actually also threatened he may do something about it before, like direct the Treasury to actually step in and weaken the dollar.

We wouldn’t be surprised if the Plunge Protection Team is secretly convening right now to try to put a floor under markets. Fed officials are also likely coordinating with other central bankers around the world to engineer a global monetary response to the coronavirus threat.

In China, authorities have been actively buying up shares of Chinese companies to try to arrest downside momentum.

Of course, none of these sorts of interventions will do much to stimulate real demand in the economy if virus fears keep populations hunkered down.

So far, the outbreak has claimed about 3,000 lives worldwide – at least officially. None in the U.S. By comparison, the Centers for Disease Control estimates that as many as 30,000 Americans will die this flu season from infections – with upwards of 300,000 hospitalized because of the influenza virus.

Although the novel coronavirus has the potential to become a major killer, so far, the biggest threat to the economy right now isn’t the virus itself but the fear it is generating.

We suspect the fear-driven selling currently gripping markets will create tremendous buying opportunities – particularly in those assets hit the hardest. But it’s not yet clear whether this panic liquidation event has run its course, and my podcast guest today indicates that we haven’t seen anything yet… stay tuned for his comments.

But until it does run its course, gold, bonds, and cash can be expected to provide safe haven from volatile capital markets. And silver will be one of those assets with tremendous upside potential once the global economy appears ready to bounce back – or central bankers act with currency-depreciating stimulus.

by Mike Gleason for Money Metals