Neoliberalism Has Met Its Match in China by Ellen Brown 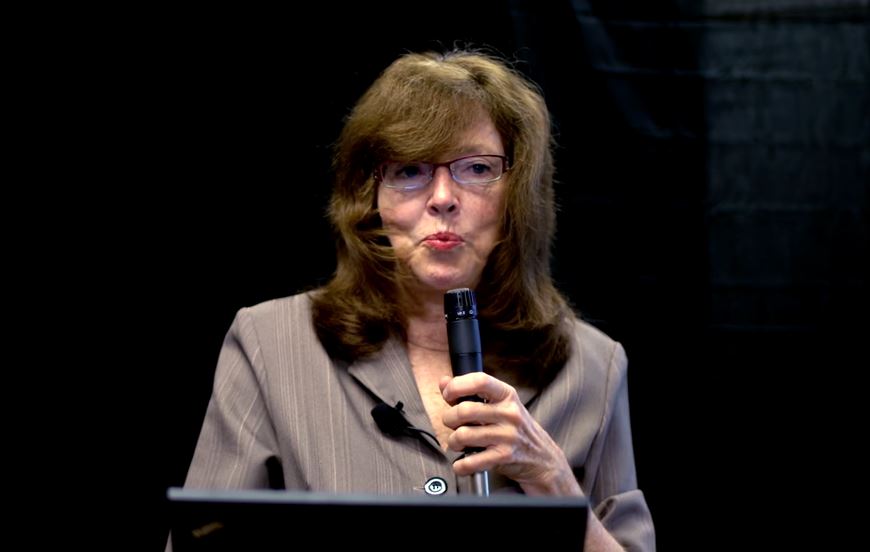 When the Federal Reserve cut interest rates last week, commentators were asking why. According to official data, the economy was rebounding, unemployment was below 4% and gross domestic product growth was above 3%. If anything, by the Fed’s own reasoning, it should have been raising rates.

Market pundits explained that we’re in a trade war and a currency war. Other central banks were cutting their rates, and the Fed had to follow suit in order to prevent the dollar from becoming overvalued relative to other currencies. The theory is that a cheaper dollar will make American products more attractive in foreign markets, helping our manufacturing and labor bases.

Over the weekend, President Trump followed the rate cuts by threatening to impose, on Sept. 1, a new 10% tariff on $300 billion worth of Chinese products. China responded by suspending imports of U.S. agricultural products by state-owned companies and letting the value of the yuan drop. On Monday, the Dow Jones Industrial Average dropped nearly 770 points, its worst day in 2019. The war was on.

The problem with a currency war is that it is a war without winners. This was demonstrated in the beggar-thy-neighbor policies of the 1930s, which only deepened the Great Depression. As economist Michael Hudson observed in a June interview with journalist Bonnie Faulkner, making American products cheaper abroad will do little for the American economy, because we no longer have a competitive manufacturing base or products to sell. Today’s workers are largely in the service industries—cab drivers, hospital workers, insurance agents and the like. A cheaper dollar abroad just makes consumer goods at Walmart and imported raw materials for U.S. businesses more expensive.

What is mainly devalued when a currency is devalued, Hudson says, is the price of the country’s labor and the working conditions of its laborers. The reason American workers cannot compete with foreign workers is not that the dollar is overvalued. It is due to their higher costs of housing, education, medical services and transportation. In competitor countries, these costs are typically subsidized by the government.

America’s chief competitor in the trade war is obviously China, which subsidizes not just worker costs but the costs of its businesses. The government owns 80% of the banks, which make loans on favorable terms to domestic businesses, especially state-owned businesses. If the businesses cannot repay the loans, neither the banks nor the businesses are typically put into bankruptcy, since that would mean losing jobs and factories. The nonperforming loans are just carried on the books or written off. No private creditors are hurt, since the creditor is the government and the loans were created on the banks’ books in the first place (following standard banking practice globally). As observed by Jeff Spross in a May 2018 Reuters article titled “Chinese Banks Are Big. Too Big?”:

[B]ecause the Chinese government owns most of the banks, and it prints the currency, it can technically keep those banks alive and lending forever. …

It may sound weird to say that China’s banks will never collapse, no matter how absurd their lending positions get. But banking systems are just about the flow of money.

Spross quoted former bank CEO Richard Vague, chair of The Governor’s Woods Foundation, who explained, “China has committed itself to a high level of growth. And growth, very simply, is contingent on financing.” Beijing will “come in and fix the profitability, fix the capital, fix the bad debt, of the state-owned banks … by any number of means that you and I would not see happen in the United States.”

Political and labor unrest is a major problem in China. Spross wrote that the government keeps everyone happy by keeping economic growth high and spreading the proceeds to the citizenry. About two-thirds of Chinese debt is owed just by the corporations, which are also largely state-owned. Corporate lending is thus a roundabout form of government-financed industrial policy—a policy financed not through taxes but through the unique privilege of banks to create money on their books.

China thinks this is a better banking model than the private Western system focused on short-term profits for private shareholders. But U.S. policymakers consider China’s subsidies to its businesses and workers to be “unfair trade practices.” They want China to forgo state subsidization and its other protectionist policies in order to level the playing field. But Beijing contends that the demanded reforms amount to “economic regime change.” As Hudson puts it: “This is the fight that Trump has against China. He wants to tell it to let the banks run China and have a free market. He says that China has grown rich over the last fifty years by unfair means, with government help and public enterprise. In effect, he wants the Chinese to be as threatened and insecure as American workers. They should get rid of their public transportation. They should get rid of their subsidies. They should let a lot of their companies go bankrupt so that Americans can buy them. They should have the same kind of free market that has wrecked the US economy. [Emphasis added.]”

Kurt Campbell and Jake Sullivan, writing on Aug. 1 in Foreign Affairs (the journal of the Council on Foreign Relations), call it “an emerging contest of models.”

To understand what is happening here, it is useful to review some history. The free market model hollowed out America’s manufacturing base beginning in the Thatcher/Reagan era of the 1970s and ’80s, when neoliberal economic policies took hold. Meanwhile, emerging Asian economies, led by Japan, were exploding on the scene with a new economic model called “state-guided market capitalism.” The state determined the priorities and commissioned the work, then hired private enterprise to carry it out. The model overcame the defects of the communist system, which put ownership and control in the hands of the state.

The Japanese state-guided market system was effective and efficient—so effective that it was regarded as an existential threat to the neoliberal model of debt-based money and “free markets” promoted by the International Monetary Fund (IMF). According to author William Engdahl in “A Century of War,” by the end of the 1980s, Japan was considered the leading economic and banking power in the world. Its state-guided model was also proving to be highly successful in South Korea and the other “Asian Tiger” economies. When the Soviet Union collapsed at the end of the Cold War, Japan proposed its model to the former communist countries, and many began looking to it and to South Korea’s example as viable alternatives to the U.S. free-market system. State-guided capitalism provided for the general welfare without destroying capitalist incentive. Engdahl wrote:

The Tiger economies were a major embarrassment to the IMF free-market model. Their very success in blending private enterprise with a strong state economic role was a threat to the IMF free-market agenda. So long as the Tigers appeared to succeed with a model based on a strong state role, the former communist states and others could argue against taking the extreme IMF course. In east Asia during the 1980s, economic growth rates of 7-8 per cent per year, rising social security, universal education and a high worker productivity were all backed by state guidance and planning, albeit in a market economy — an Asian form of benevolent paternalism.

Just as the U.S. had engaged in a Cold War to destroy the Soviet communist model, so Western financial interests set out to destroy this emerging Asian threat. It was defused when Western neoliberal economists persuaded Japan and the Asian Tigers to adopt a free-market system and open their economies and companies to foreign investors. Western speculators then took down the vulnerable countries one by one in the “Asian crisis” of 1997-8. China alone was left as an economic threat to the Western neoliberal model, and it is this existential threat that is the target of the trade and currency wars today.

If You Can’t Beat Them …

In their Aug. 1 Foreign Affairs article titled “Competition without Catastrophe,” Campbell and Sullivan write that the temptation is to compare these economic trade wars with the Cold War with Russia; but the analogy is inapt:

China today is a peer competitor that is more formidable economically, more sophisticated diplomatically, and more flexible ideologically than the Soviet Union ever was. And unlike the Soviet Union, China is deeply integrated into the world and intertwined with the U.S. economy.

Unlike the Soviet communist system, the Chinese system cannot be expected to “crumble under its own weight.” The U.S. cannot expect, and should not even want, to destroy China, Campbell and Sullivan say. Rather, we should aim for a state of “coexistence on terms favorable to U.S. interests and values.”

The implication is that China, being too strong to be knocked out of the game as the Soviet Union was, needs to be coerced or cajoled into adopting the neoliberal model and abandoning state support of its industries and ownership of its banks. But the Chinese system, while obviously not perfect, has an impressive track record for sustaining long-term growth and development. While the U.S. manufacturing base was being hollowed out under the free-market model, China was systematically building up its own manufacturing base and investing heavily in infrastructure and emerging technologies, and it was doing this with credit generated by its state-owned banks. Rather than trying to destroy China’s economic system, it might be more “favorable to U.S. interests and values” for us to adopt its more effective industrial and banking practices.

We cannot win a currency war through the use of competitive currency devaluations that trigger a “race to the bottom,” and we cannot win a trade war by installing competitive trade barriers that simply cut us off from the benefits of cooperative trade. More favorable to our interests and values than warring with our trading partners would be to cooperate in sharing solutions, including banking and credit solutions.

The Chinese have proven the effectiveness of their public banking system in supporting their industries and their workers. Rather than seeing it as an existential threat, we could thank them for test-driving the model and take a spin in it ourselves.