Negative Savings Rates: Will You Pay Banks To Hold Your Cash? 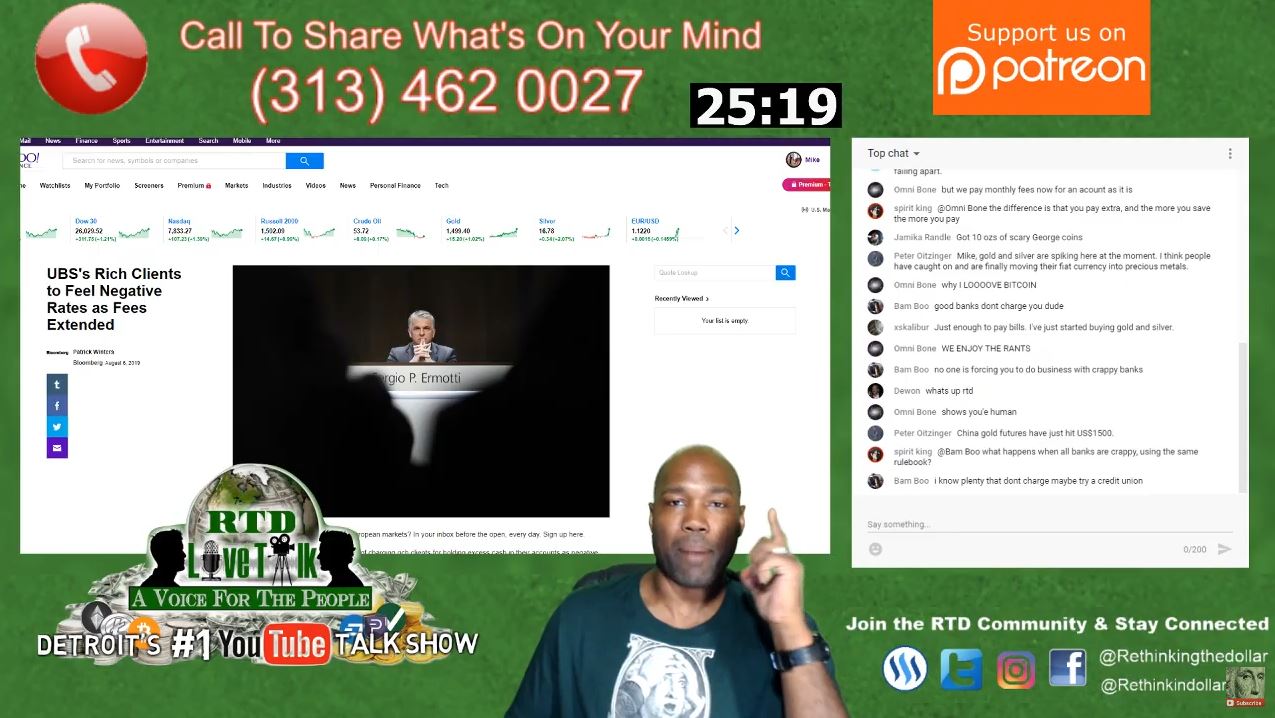 Want the lowdown on European markets? In your inbox before the open, every day. Sign up here.

UBS Group AG plans to expand a policy of charging rich clients for holding excess cash in their accounts as negative interest rates in Europe are poised to stay.

The bank, which has made wealth management its central focus, plans to charge its Swiss clients an annual fee of 0.6% on deposits of more than 500,000 euros ($560,000). The fee previously kicked in at 1 million euros. The move comes as European rivals invest in wealth management in a bid to carve out market share while slashing tens of thousands of trading jobs.

Like Swiss rival Credit Suisse Group AG, UBS is caught between the prospect of losing money to hold client deposits and imposing fees that could prompt customers to take their business elsewhere. Amid an extended period of ultra-low and negative interest rates, the lenders have to pay central banks to park excess cash in Swiss francs or euros.

UBS’s decision comes after Credit Suisse said it will impose a fee of 0.4% on customers with euro accounts of more than 1 million euros from September. UBS has already said it will introduce negative rates for clients holding large Swiss franc balances, a step also being considered by Credit Suisse. Julius Baer Group Ltd., Switzerland’s third-largest wealth manager, said it passes on negative interest rates on a case-by-case basis for certain currencies including francs and euros.

For UBS, wealth management has been central to its turnaround following the financial crisis which saw vast swathes of the bank’s once mighty trading floor close. The business accounts for more than two thirds of revenue, according to Bloomberg data. Now Deutsche Bank AG has plans to hire hundreds of new private banking relationship managers as it too tilts away from trading, while Italy’s Intesa Sanpaolo is also targeting a greater share of stable wealth management revenues.

Still, both the biggest players and those striving for a bigger slice of the market are contending with trade war rhetoric and market uncertainty that makes clients prefer to hold cash than invest in stocks whose value could plummet.

Clients of UBS can mitigate the 0.6% charge by moving cash into “fiduciary call deposits” outside of Switzerland — financial instruments that can be called within two working days, the bank said. Those deposits are subject to a 0.375% annual fee. The best scenario for the bank is when clients move their cash into equities or bonds.

Lenders have long complained about the effect of the low rates, and UBS Chief Executive Officer Sergio Ermotti warned last month that fresh easing could stoke asset bubbles. Credit Suisse CEO Tidjane Thiam called the situation a “challenge” in a Bloomberg TV interview last month and said the bank will announce some measures in August to change pricing and protect income from lending.

Surging trade tensions between the U.S. and China and the increased prospects of a hard Brexit mean the Federal Reserve may cut its benchmark interest rate three times this year, according to a revised outlook from economists at Goldman Sachs Group Inc.

UBS’s charge is 20 basis points more than the European Central Bank deposit rate of 0.4%. While many banks already pass on negative interest rates to institutional clients with balances in the hundreds of millions, they had generally refrained from doing the same with wealthy clients, fearing that they would lose their business.

Julius Baer said last month that some customers withdrew money because of a wider application of negative interest rates to large cash holdings, mainly Swiss francs and euros.”We go to the client to ask: why don’t you invest? Or if not, then we will charge you,” chief financial officer Dieter Enkelmann said last month.

Still, it is “delicate” to charge for deposits in Switzerland as local cantonal banks – which are supported by their regional governments – don’t pass on negative interest rates, he said.