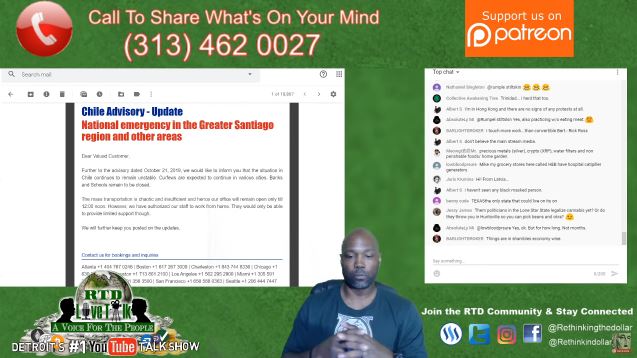 He vowed to increase the basic pension by 20% and proposed a law that would see the state cover the costs of expensive medical treatments.

The protests were sparked by a rise in metro prices but grew into something bigger as thousands took to the streets over austerity and inequality.

Fifteen people have died and more than 5,000 detained.

Speaking from the presidential palace in Santiago, Mr Piñera said he had received a clear message from Chileans.

Mr Piñera said he hoped to turn recent violent protests into an “opportunity” for Chile “to make up for lost time, pick up the pace and take concrete and urgent steps”.

He vowed to increase the minimum wage as well as introducing a new higher tax bracket. Electricity rates will also be cut under the reform plan.