Multiple Strains Of Coronavirus Are Roaming; Here’s What We Know 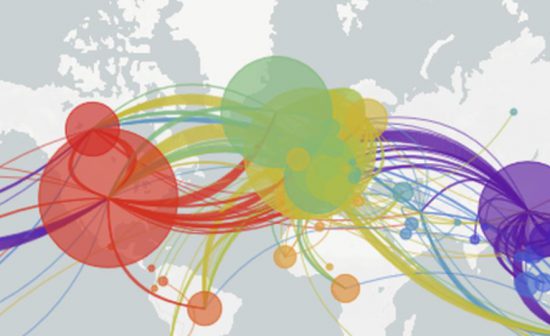 As COVID-19 blankets the globe – now having officially infected over 800,000 people in 179 countries, causing over 39,000 deaths – scientists are tracking a multitude of strains, according to USA Today.

The virus has undergone over a hundred tiny mutations which act like genetic fingerprints – allowing researchers to see how the virus is migrating and splitting into similar but new subtypes, which can be seen at the website NextStrain.org.

(for more on “strain” vs “mutation” and why the terminology is causing confusion, see this thread from NextStrain’s Trevor Bedford)

Labs around the world are turning their sequencing machines, most about the size of a desktop printer, to the task of rapidly sequencing the genomes of virus samples taken from people sick with COVID-19. The information is uploaded to a website called NextStrain.org that shows how the virus is migrating and splitting into similar but new subtypes. –USA Today

Frequent sequencing of the virus has allowed researchers to draw several conclusions; for example, social distancing and shelter-in-place orders appear to be working in some areas, and that the virus doesn’t appear to be growing more lethal as it evolves.

“The virus mutates so slowly that the virus strains are fundamentally very similar to each other,” said infectious disease specialist Charlies Chiu of the University of California, San Francisco School of Medicine. “The outbreaks are trackable. We have the ability to do genomic sequencing almost in real-time to see what strains or lineages are circulating,” he added.

Chiu also believes that it’s unlikely that the difference in strains is responsible for the virus hitting people differently – with most some feeling only slightly under the weather for a day or two, 15% needing hospitalization, and a mortality rate that varies by country (and likely by testing rates).

SARS-CoV-2, the virus that causes the COVID-19 illness, began circulating in China around mid-November or mid-December. Its genome is made up of approximately 30,000 base pairs – while a human has over 3 billion. According to the report, the virus’s most divergent strains contain only 11 base pair changes.

So far, most cases on the U.S. West Coast are linked to a strain first identified in Washington state. It may have come from a man who had been in Wuhan, China, the virus’ epicenter, and returned home on Jan. 15. It is only three mutations away from the original Wuhan strain, according to work done early in the outbreak by Trevor Bedford, a computational biologist at Fred Hutch, a medical research center in Seattle.

On the East Coast there are several strains, including the one from Washington and others that appear to have made their way from China to Europe and then to New York and beyond, Chiu said. –USA Today

Of note, the general public should probably leave analysis of the above ‘phylogenetic tree’ to the experts, as they can be “a little dangerous” to decipher, according to professor Kristian Anderson of Scripps Research – a nonprofit biomedical science research facility in La Jolla, California.

“This is the first time phylogenetic trees have been all over Twitter,” he said, adding “Remember, we’re seeing a very small glimpse into the much larger pandemic. We have half a million described cases right now but maybe 1,000 genomes sequenced. So there are a lot of lineages we’re missing.”

Lastly, and perhaps the best news of the report – it’s not expected to spontaneously evolve into a more deadly form, as it’s under no pressure to evolve due to its hyper-virulent nature.

Read the rest of the report here.