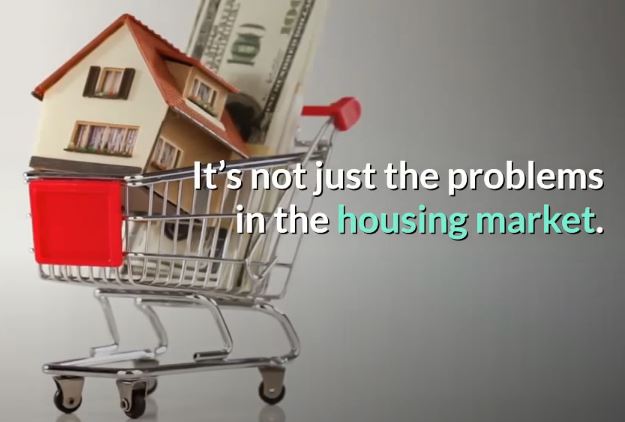 It looks like we are facing a housing crisis that is going to be far worse than anything that we experienced during the last recession, and unless Congress starts making money rain from the sky it doesn’t appear that there is any hope of stopping it.

Last week we reported on a looming wave of evictions on the horizon as the economic consequences of the coronavirus-induced government economic shutdowns begin to rear their ugly heads. Now for more gloomy news, there are also signs of trouble in the mortgage markets. nearly one-third of the american households – representing 32 percent – have still not made their full housing payments for the month of July, according to a survey from online rental platform Apartment List. Mortgage delinquencies soared at a record pace in April. And that was toward the beginning of the pandemic’s economic impact.

As of April, there wasn’t much change in the rate of longer delinquencies from 60 to 89 days past due or in serious delinquencies 90 days-plus, but this is like a wave rolling in from the ocean. “With home prices expected to drop 6.6% by May 2021, thus depleting home equity buffers for borrowers, we can expect to see an increase in later-stage delinquency and foreclosure rates in the coming months,” CoreLogic said in its report.

The overall delinquency rate rose in every state, but there were some obvious hotspots in terms of the percentage-point increase in year-on-year delinquency rate, according to data compiled by WolfStreet.

As the economic crisis continues to spiral unabated, tens of millions of Americans continue to survive on unemployment while their economic stimulus checks have long been gone. This should cast further doubt on the notion of a quick “v-shaped” recovery. It’s not just the problems in the housing market.

We’ve reported on the number of people of small business owners who don’t think they’ll survive, the increasing number of over-leveraged zombie companies, and the tsunami of defaults and bankruptcies on the horizon. Given the deep wounds inflicted on the economy by the shutdowns, we should expect a quick bounceback even with a vaccine.

As we’ve said over-and-over again, curing the coronavirus won’t cure the economy. And with unemployment benefits expiring while eviction bans and moratoriums that deferred rent payments are being lifted by local governments, experts and advocates are warning that we could see a tsunami of mass evictions across the country that exceeds anything ever seen.