More Countries’ Are Steering Away From Using The Dollar, ‘Very Powerful Countries’ 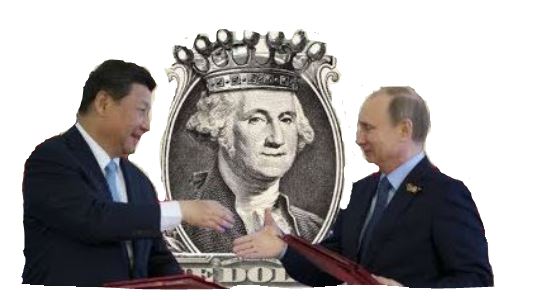 The U.S. dollar has been the world’s major reserve currency for decades, but that status could come under threat as “very powerful countries” seek to undermine its importance, warned Anne Korin, from the Institute for the Analysis of Global Security.

“Major movers” such as China, Russia and the European Union have a strong “motivation to de-dollarize,” said Korin, co-director at the energy and security think tank, on Wednesday.

“We don’t know what’s going to come next, but what we do know is that the current situation is unsustainable,” Korin said. “You have a growing club of countries — very powerful countries.”

To be sure, the dollar is seen as one of the safest investments in the world, and it rises during times of economic or political tumult.

As a result, countries have a “very, very strong motivation” to shift away from using the greenback, she said.

‘Petro-yuan’ may be an early warning

But if the dollar declines in influence, other currencies could fill the role traditionally played by the greenback — especially China’s yuan.

In recent years, China has tried to internationalize the use of its currency, the Chinese yuan. Such moves have included the introduction of yuan-denominated crude oil futures and reports that China is preparing to pay for imported crude in its own currency rather than the U.S. dollar.

Yuan-denominated oil futures — also referred to as “petro-yuan” — could serve as an early warning sign for the dollar’s waning dominance, Korin said.

“I think it’s a canary in the coalmine. Look, 90% of … oil is traded in dollars,” she said. “If you have a sort of a beginning to crumble away (at) the dominance of the dollar over oil trade, that’s a nudge in the direction of de-dollarization.”

However, she added that while the petro-yuan may be a “necessary” condition for the international abandonment of the dollar, it’s “not sufficient” to make it happen on its own.