Ministry of Manipulation: No Wonder Trust and Credibility Have Been Lost 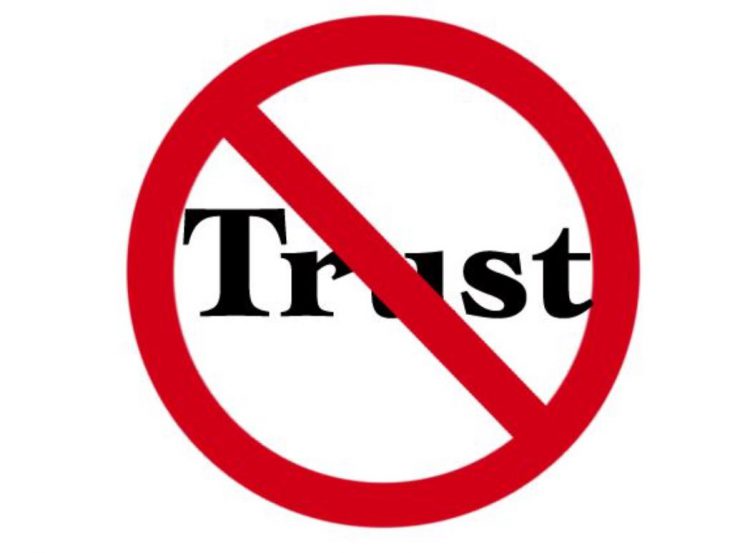 Now that every financial game in America has been rigged to benefit the few at the expense of the many, trust and credibility has evaporated like an ice cube on a summer day in Death Valley.

Here is America in a nutshell: we no longer solve problems, we manipulate the narrative and then declare the problem has been solved. Actually solving problems is difficult and generally requires sacrifices that are proportionate to one’s wealth and power. But since America’s elite are no longer willing to sacrifice any of their vast power for the common good, sacrifice is out in America unless it can be dumped on wage earners. But unfortunately for America’s elite, four decades of hidden-by-manipulation sacrifices have stripmined average wage earners, and so they no longer have anything left to sacrifice.

Enter the Ministry of Manipulation, which adjusts the visible bits to align with the narrative that the problem has been fixed and the status quo is godlike in its technocratic powers. All this manipulation doesn’t actually solve the problems, it simply hides the decay behind gamed statistics, financial trickery and glossy PR. The problems fester until they break through the manipulated gloss and the public witnesses the breakdown of all the systems that were presented as rock-solid and forever.

Let’s take three core fields of manipulation: cost of living, Social Security and the stock market bubble. Each is a key signifier of the status quo functioning as advertised, and so manipulating them to fit the narrative is the elite’s prime directive. Goodness knows what would happen if people were exposed to the unmanipulated reality, but it wouldn’t be good for America’s self-serving power elite.

The cost of living–the Consumer Price Index (CPI), a.k.a. inflation–is the most threadbare trash heap of manipulation currently on display. Fully 40% of the Index is based on the opinion of random people rather than easily tabulated real-world data. I refer to the government’s comically wacky method of reckoning the cost of housing: ask a random bunch of homeowners what they guess they could rent their house for.

But wait, why not simply tabulate the actual rents being paid? That data is easily available, and could be made apples-to-apples by applying the methodology of the Case-Shiller housing index, which is to track the cost data of the same homes / flats over time. This would provide reliable data on the actual increase or decline in rents being paid. 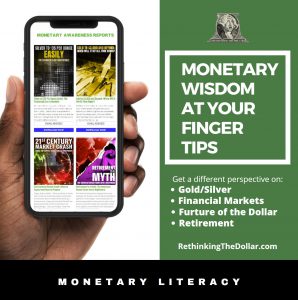 Gathering actual real-world date is anathema because then the CPI would be much higher and not so easily manipulated. The same can be said of all the other tricks of manipulating the cost of living: seasonal adjustments (i.e., lop off price increases and attribute the reduction to “seasonality”) and hedonic adjustments (i.e., after adjusting for the better stereo and the rear-view camera, today’s $40,000 car is tabulated as “cheaper” than yesteryear’s $10,000 car of the same size).

If these same adjustments were applied to the weight and height of individuals, a 6-foot tall individual weighing 200 pounds would be “adjusted” to 6 inches in height and a weight of 2 pounds. This is a slight exaggeration but not by much, as today’s calculation of expenses are laughably understated in the CPI: today’s cars haven’t risen in cost at all according to the CPI, even as the number of work hours needed to buy a new car have skyrocketed–that is, when measured in purchasing power of wages, vehicles are much more expensive now.

Then there’s healthcare, which is a weighted as light as a feather in the CPI. Healthcare– you know, that sector which routinely bankrupts American families with bills in the tens of thousands?–is weighted as roughly equal to clothing. This is beyond absurd, but par for the CPI course of endless manipulations, all aimed at reducing the CPI so the public can be lulled into a fairyland belief that inflation has been trifling for decades, even as their paychecks buy a third less than they did a decade ago.

Next up, the appalling manipulation of Social Security. The first step is manipulating the CPI down so seniors’ annual increases can be held to near-zero (no better brand of cat food for you, retirees–tighten your budget if you want the lights to stay on).

The truly big manipulation is the artifice that there is a mythical “trust fund” that we are drawing down to pay Social Security benefits. The trick was pulled decades ago, when Social Security taxes did in fact go into an independent agency account. President Johnson decided that he needed all that “free money” to pay for his misadventure in Vietnam, so the Social Security account was combined with the federal general fund, and an accounting gimmick was created: a completely fake class of IOUs that were presented as a “trust fund”, IOUs with no marketable value at all.

There is no trust fund. When Social Security runs a deficit, the Treasury borrows the money in the same way it borrows all the other trillions of dollars needed to cover federal deficits. The money borrowed to pay Social Security is borrowed exactly like the money needed to pay the cost overruns on the F-35 aircraft or the fraud-riddled bills for meds paid by Medicare.

It’s all smoke and mirrors and artful manipulation, designed to serve the interests of those running the show. It’s the Big Con, intended to lull the public into a false confidence in the status quo narratives and technocratic magic.

Speaking of magic, look at how the stock market hits a low and then roars higher the same day every month. The “market” manipulation is so obvious that Comrade Powell of the Federal Reserve Politburo doesn’t even bother explaining it. The Politburo cronies just buy the dip, the Fed and its proxies (Blackrock, cough-cough) jam stocks higher and the Fed’s cronies pocket billions–as shown on the chart below of the billionaires’ soaring Fed-generated wealth.

No wonder public trust in America’s self-serving institutions has cratered, and the credibility of the manipulators has been crushed. Now that every financial game in America has been rigged to benefit the few at the expense of the many, trust and credibility has evaporated like an ice cube on a summer day in Death Valley.