Millionaires Back Away From Equities As Concerns Grow Over Market Valuations 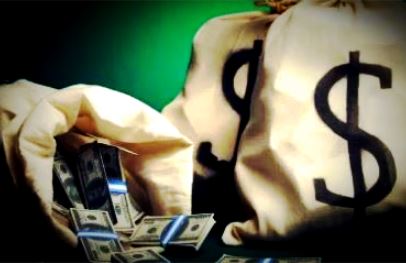 U.S. markets appeared to shrug off news of the impeachment of U.S. President Donald Trump, as equities continued their record-breaking bull run in December, fueled by optimism over a strong jobs report and the signing of an initial trade agreement between the United States and China. However, according to the January edition of Spectrem’s High Net Worth Insights Journal, Millionaire investors reduced their exposure to stocks in the month and upped their cash position.

The monthly Spectrem Millionaire Investor Confidence Index (SMICI®), which tracks changes in investment sentiment among households with $1 MM or more in investable assets, dropped by 7 points from 8 to 1 in December, the second-largest drop of confidence in 2019. The Spectrem Affluent Investor Confidence Index (SAICI®), which measures investment sentiment among the 17 MM households in America with more than $500,000 in investable assets, also fell but not as much, from 2 to -1, falling back into negative territory for the seventh month of 2019.

The Spectrem Investor Confidence Indices survey was conducted Dec. 12-18, 2019, as the House of Representatives completed the process of impeaching President Donald Trump. The stock market was not impacted by that process, but some individual investors took a different tack.

Among Millionaire investors, equity investing interest dropped from 34.4 percent to 26.5 percent, while cash investing went up by a similar amount, from 19.5 percent to 28.8 percent. Combine those findings, and you get the sense that wealthy investors are increasingly uncertain about the staying power of what’s become the longest bull market in U.S. history.

Among non-Millionaires, equity investing actually rose from 18.9 percent to 24.6 percent in December. Non-Millionaires traditionally hold back more than Millionaires, but the fact the stock market indices keep climbing may have encouraged non-Millionaires to finally come aboard. At the same time, non-Millionaires not investing also fell by 16 percentage points, from 50.8 to 34.8. That segment also increased investing interest in the safer products like cash and bond mutual funds, causing the overall confidence index to drop.

Spectrem’s Household Outlook, which measures investor sentiment based on four key household financial components, ended its three-month improvement run, dropping from 22.30 to 16.50. The Outlook is a measure of future thinking, and investors once again stated their uncertainty about the economy, as the Outlook overall for that component fell back into negative territory at -8.80 (fourth time in five months in negative range). The Outlook also has an impact on the overall confidence indices, and December’s Outlook results clearly pulled down hard on the SMICI and SAICI.

“Rightly or wrongly, the impeachment of President Trump is a historic event, and it might be expected that investors would react by reducing future allocations to stocks and toward more conservative financial havens,’’ said Spectrem President George H. Walper Jr. “His strongly pro-business stance has fueled markets since his election, and those investors may be concerned whether the President’s influence will weaken moving forward. At the same time, savvy investors may also be wondering how long the current bull market can be sustained.”