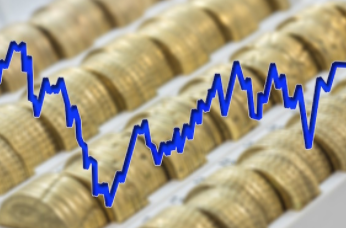 “The longer you look back, the farther you can look forward.”

In order to know where we’re going, sometimes we need to look back from whence we came. I warned people repeatedly of the risk that we could see a 2008-type sell-off. Even in my article two weeks ago, I said: “Again, a dump in stocks could weigh on metals and miners in the short-term.”

Although it wasn’t a repeat of 2008, looking back at the dump in metals and miners last week, we can see that the catalyst was the Fed’s announcement that they considered asset valuations to be elevated and planned to taper their liquidity injections into the stock, er, repo market.

This occurred on February 19, the peak in stocks. Precious metals and miners initially rallied hard on the news, while nominal and real yields plummeted as cash flowed out of equities and into the perceived safety of U.S. treasury bonds. Then this happened on February 24:

Over $3 billion notional of futures were being dumped in the precious metals market between 2:30pm and the 4pm close that day, and this was the result…

Silver and the miners were hammered also. So what happened? Who was selling?

The official story was the same as in 2008. Equity investors were taking profits in precious metals and miners to cover mounting losses on their stocks. While this may be partially true, it is also true that the Commercials on the COMEX futures market were record short. Having worked on the trading floor of a bank, when we see or anticipate such orders to sell given what’s happening in stocks, what do we do?

We sell too, driving the price lower. Then we wait for selling to start to abate and close our short positions for a tidy profit. The bullion banks were already record short, so this enabled them to reduce their positions and either cut their losses or make a nice profit in the process. I am not saying that this is manipulation—we’ll get to that in a second—this is just what banks do.

Let’s fast forward to February 28, when Gold got whacked for 5.3% peak-to-trough and basically closed at the low of the day (and the low ever since). The S&P actually rose that day by 1.3%. Meanwhile, nominal and real yields continued to fall day after day, which is typically supportive of precious metals and miners. This is where the fairy tale of taking profits to cover losses elsewhere breaks down.

That may have been a contributing factor initially, but the COMEX is not dead yet and the Banks can still push the price around by dumping paper futures on the market. I say this because if and when we get another dump in stocks, the Bullion Banks remain extremely short. Don’t be surprised to see another drop in the prices for Gold, Silver, and the miners.

I am not sure we’re done on the downside in stocks just yet, and I still see the risk of lower lows across the precious metals and miners complex. However, if that happens, I expect the Fed and the other central banks to throw the kitchen sink at stocks and bonds and sacrifice the dollar in the process.

This is the scenario I have been citing for years now that would blow the lid off of precious metals and miners. When the Fed rides to the rescue in stocks and/or caps long bond yields, then Gold, Silver, and the miners will explode higher to numbers you can hardly imagine… in my humble opinion.