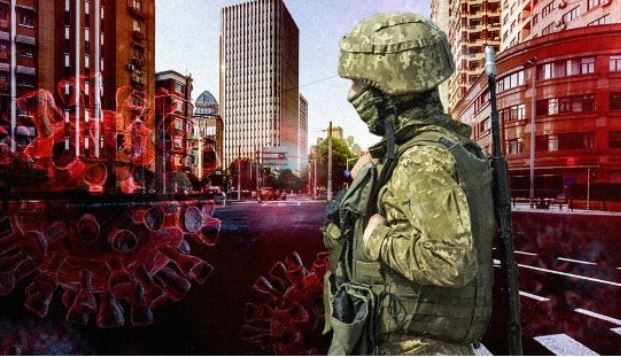 Martial law is becoming a reality for many Americans. As we continue to be bombarded by psychological operations and inorganic scenarios designed to divide us further, people are playing into the hands of the elites and increasingly accepting martial law.

This is not a good sign for the United States going forward.  The Minnesota governor has called in the National Guard now, as looters and rioters continue to destroy Minneapolis in response to the police shooting of Jacob Blake.  Now, before everyone gets triggered, as they always do and put themselves on one side or the other completing the division necessary by the elites to divide and conquer us, just remember:

Brace For The Worst Election In US History

Police violence against innocents is wrong. Looting and rioting are wrong. If we ever hope to get our freedom back and have a life that’s not lived in a mental prison, we need to wake up and stop taking sides when both are wrong.  Most people are unable to look beyond their own indoctrination into the left/right paradigm illusion to wake up and realize violence against other humans is wrong no matter who does it. This entire psychological operation is designed to get people to only accept martial law but demand it.

Martial law is not a solution unless you advocate slavery. The looting and rioting are absolutely absurd and should not be tolerated, nor should police shootings.  Living under a police state is not living freely, and that’s not an opinion. We have got to stop acting on violence and destruction and start living peacefully in unity.  The elites absolutely love police brutality and riots because they can swoop in and make more heavy-handed tyrannical changes that will be permanent chains around our necks.

The Dollar Crash Will Take Down Entire US “House Of Cards”

This is NOT to say that looting and rioting are acceptable, and although I’ve said that before, people are going to accuse me of taking the side against them when I have no side other than humanity’s. Looting and rioting most absolutely are NOT acceptable. All violations of another human beings’ fundamental human rights given by the creator are unacceptable.  That includes the execution of other people, even if the killer is wearing a badge. The end result is the same. A fellow human being was killed.

Wake up. This division is exactly what the ruling class and elites want in order to shove the New World Order down our throats and most Americans are playing their roles as pawns in the game especially well. I already know this will ignite cognitive dissonance in the comments with people making assumptions about which side I am promoting; which is no side because neither is moral.

We cannot drive out the evil of the New World Order while playing its game. Choose to not play the game already rigged against you. This is a war for your mind, a spiritual war if you will. If you’ve chosen either side of the left/right paradigm, you’ve already lost to the divide and conquer tactics.