Market stasis coming to an end? 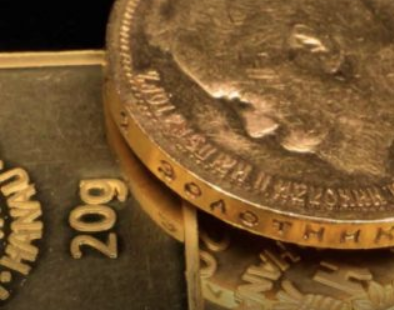 Gold and silver moved sideways over the week with little change. In morning trade in Europe gold traded at $1576, up $5 from last Friday’s close, and silver at $17.70, unchanged on the week. In gold futures, turnover was light until yesterday, in a week of growing uncertainty over the coronavirus, now renamed COVID-19.

It seems some serious money is beginning to bet on a strongly rising gold price. Furthermore, on preliminary figures, Comex open interest took a sudden 17,792 jump, the first sign of new bullish interest since early-January.

The technical situation for gold looks aggressively bullish as illustrated in the next chart.

Even a charting ignoramus would recognise that being short is not clever, and when the uptrend likely resumes gold will almost certainly power through $1600 and beyond. It makes sense of yesterday’s buying of out-of-the money options.

For traders trying to make fundamental sense out of the current situation, the COVID-19 situation is a new, developing factor. On the one hand Chinese gold demand must be being seriously compromised by the inability of jewellery buyers to leave their homes. This could reduce overall global demand for bullion by over 100 tons a month. On the other hand, there is the prospect of accelerated money printing by the Chinese authorities to support their stock markets and also to increase credit available for businesses adversely affected by the outbreak.

China’s trading partners have been badly affected by the lack of supply from Chinese based supply chains. Motor manufacturers in particular are beginning to close their plants in countries such as Korea, Japan and even further afield. There can be little doubt that the coronavirus is having a deeply negative impact on the global economy which analysts are still trying to quantify.

There is a conventional anti-gold view that a tanking global economy will provoke a flight into the dollar as indebted foreigners seek to gain the protection of dollar liquidity. This week, the dollar’s trade weighted index rose to the highest level since October. But those of us that beat the drum for sound money will recognise the destructive implications for monetary inflation. The extent to which the gold price rises should therefore be a reflection of the loss of purchasing power of fiat currencies as they begin to be printed at an accelerating rate.

Meanwhile support for gold has been impressively strong. With the gold derivative establishment generally short, one would have expected a deeper correction as flaky speculators are frightened into closing their long positions. While 150,000 contracts were scrubbed in this predictable exercise, the gold price fell by less than $50. That’s evidence of relative strength.

by Alasdair Macleod for Gold Money