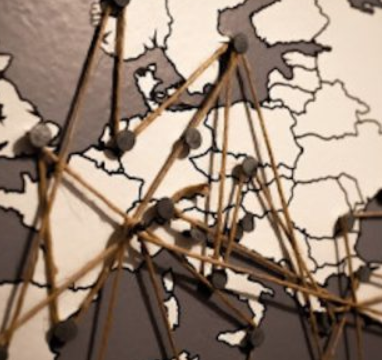 One of the main draws of this technology is the belief that cryptocurrency and stablecoins offer a genuine route out of the traditional centralized model of banking that epitomises fiat currency. But is bypassing central banks and being able to make and receive payments independent of these institutions really what the rise in digital currencies is all about?

Six years on from the BOE’s research, the digital currency agenda has advanced significantly in the face of increased geopolitical instability. An area of interest that has garnered scant attention is the ‘utility settlement coin‘ (USC) project that several global banks have been heavily invested in. It is a project that has now evolved through the inception of Fnality International, a consortium of shareholders that includes UBS, Barclays and Lloyds Banking Group.

Here is a breakdown of some of the key events which have taken place in regards to USC since the BOE’s research was published:

In September of 2015 a partnership consisting of Swiss bank UBS and UK based blockchain firm Clearmatics was announced that officially launched the concept of a Utility Settlement Coin. As detailed by Bitcoin Magazine,  USC would be utilised for ‘post-trade settlements between financial institutions on private financial platforms built on blockchain technology.’

With blockchain underpinning the foundations of USC, payments would be settled in a matter of seconds rather than days. It would operate using a ‘permissioned‘ blockchain network, meaning access to the network must be granted by participants. This is in contrast to the likes of Bitcoin which uses a permissionless network that anyone can access. As discussed in previous articles, central banks openly advocate permissioned blockchain for the future development of digital currencies.

A year on from the original announcement on USC,  Santander, BNY Mellon and Deutsche Bank all issued press releases to confirm that they had gone into partnership with UBS and Clearmatics to develop the Utility Settlement Coin.

Reacting to the news, Julio Faura, head of Blockchain R&D at Santander, said:

Recent discussion of digital currencies by central banks and regulators has confirmed their potential significance. The USC is an essential step towards a future financial market on distributed ledger technologies.

USC is an asset-backed digital cash instrument implemented on distributed ledger technology for use within global institutional financial markets. USC is a series of cash assets, with a version for each of the major currencies (USD, EUR, GBP, CHF, etc.) and USC is convertible at parity with a bank deposit in the corresponding currency. USC is fully backed by cash assets held at a central bank.

The Financial Times quoted David Treat, head of Accenture’s capital markets blockchain practice, as saying the technology behind USC would be ‘three to five years before we get things adopted at scale and several more years before it goes mainstream.’

It was here where links were made between USC and the future development of central bank digital currencies. Speaking to CoinDesk, Hyder Jaffrey, the director of strategic investment and fintech innovation at UBS, said:

It may well inform the way central banks choose to move things forward. We see it as a stepping stone to a future where central banks issue their own [cryptocurrency] at some point.

It is a very good step forward in terms of going for more ambitious projects such as central bank digital currencies in the future.

In September of 2017 the Bank for International Settlements released their quarterly review that contained a section titled, ‘Central bank cryptocurrencies‘. It was here where the BIS presented an illustration called ‘The Money Flower: a taxonomy of money‘, which consisted of a mix of universally accessible money, electronic money, central bank issued money and peer to peer transactions. Located in the middle of the flower was the Utility Settlement Coin, this despite how relatively under advanced the venture was at the time. The review did not present any details for why USC was included, other than to reaffirm the definition of the term by linking to a press release issued by UBS in August 2016.

Nonetheless, for the BIS to take notice of USC shows that the technology was being actively considered at the highest levels of central banking.

With the USC project progressing, in February 2019 JP Morgan announced that they had become the first U.S. bank to create and test a digital coin (known as JPM Coin). Characterised as a stablecoin, the JPM Coin is underpinned by blockchain technology and runs on a permissioned blockchain network. For the time being it is restricted to ‘institutional clients‘ only. As with other stablecoins, the value of one JPM Coin is equivalent to one U.S. Dollar, but the plan is to extend the use of the coin beyond the dollar and encompass other leading currencies around the world.

Far from being averse to the technology, JP Morgan are fully behind cryprocurrencies, provided they are ‘properly controlled and regulated.’

A few months later and the first soundings began to emerge of the Utility Settlement Coin entering a new phase of development. In May Reuters reported that some of the largest banks in the world were in the process of investing up to $50 million to ‘create a digital system using blockchain technology to settle financial transactions.’ A spokeswoman from Barclays confirmed at the time that the research and development phase of USC was ‘coming to an end.’

The $50 million in funds would make up a new entity called ‘Fnality‘, which would be tasked with running the project.

In June came confirmation of the evolvement of USC into ‘Fnality International‘.  In a subsequent press release the founding shareholders of Fnality were listed as:

UK Blockchain firm Clearmatics were confirmed as maintaining their role as the technology partner to the project.

Here is an extract from the press release:

The focus for Fnality is now to create and deploy a solution incorporating legal, regulatory, operational. and technical aspects to create a regulated network of distributed Financial Market Infrastructures (dFMIs) to support global exchange of value transactions. Initially, five currencies are in scope: USD, EUR, GBP, JPY, and CAD. Further currencies will likely be added in due course.

USC envisages being 100% backed by fiat currency held at the respective central bank with convertibility into fiat currency at par guaranteed at all times.

The CEO of Fnality, Rhomaios Ram, stated that the launch of Fnality was ‘the commercial realisation of the USC Project‘, and that ‘USC will be an enabler for tokenised markets.’ Speaking a few months later, Ram said that one of the main areas of interest was in ‘establishing a digital currency capability in each currency‘. This is why Fnality is preparing to open accounts with all the major central banks, with the aim of having one account operational in early 2020 and for a digital currency to go live by the summer.

The potential significance of Fnality was illustrated in September when senior officials from public authorities gathered at the Bank for International Settlements in Basel, Switzerland. Up for discussion during the ‘Conference on global stablecoins‘ was ‘the regulatory issues posed by the emergence of ‘stablecoin’ initiatives backed by financial institutions and large technology companies.’

Recall how two years previously the BIS quarterly report included ‘The Money Flower‘ with USC as part of the network. Now as Fnality International, they were invited to give a presentation hosted by the BIS. JP Morgan and the Libra Association also gave their own presentations.

This was an event convened by the Group of Seven Working Group on stablecoins, which at the time was chaired by Benoit Coeure. Having been chair of the Committee on Payments and Market Infrastructures, Coeure is now head of the BIS Innovation Hub.

The BIS have since run two other conferences on digital money, the first being in September 2019 – ‘Fintech and Digital Currencies‘ – in conjunction with the Asian Bureau of Finance and Economic Research (ABFER) and the Centre for Economic Policy Research based in Britain. The second was in October – ‘Digital currencies, central banks and the blockchain: policy implications‘ – and was co sponsored by the Oesterreichische Nationalbank (central bank of Austria) and the Central Bank Research Association (CEBRA).