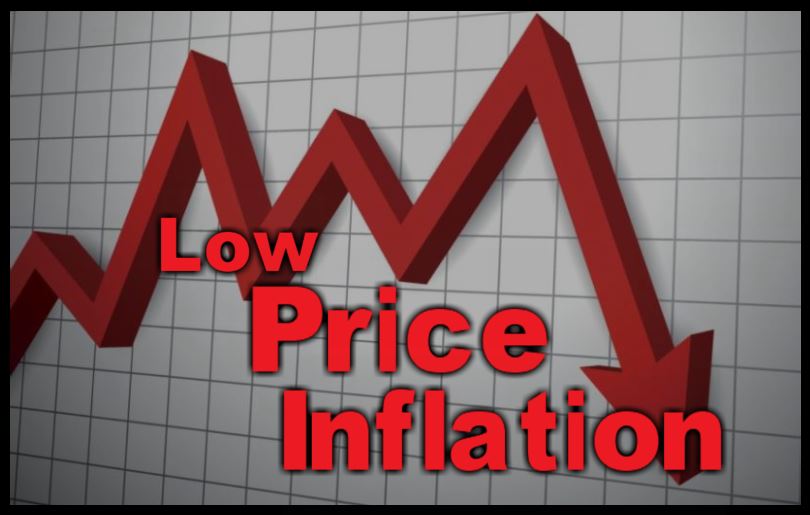 2% inflation allows the Fed to reach a real interest rate of minus 2% while maintaining nominal rates at 0%, which clearly could stimulate economic growth…

by Frank Shostak via Mises

A softer increase in the personal consumption price index (PCEPI) adjusted for food and energy has likely prompted Fed policy makers to hint about a cut in the policy interest rate in the months ahead. The yearly growth of the PCEPI adjusted for food and energy, or the core PCEPI stood at 1.6% in April against 1.9% in April last year — strongly below the 2% so-called inflation rate target that was set by the Fed in 2012.

Based on the lagged money supply (AMS) growth rate, I suggest the annual growth of the core PCE price index is likely to be subdued during this year before falling sharply in 2020-21 (see chart).

If the forecast is right, it is quite likely that the Fed will attempt to counter this strong decline in the growth rate of the price index by loosening its monetary stance.

Most economists are of the view that it is much harder for the central bank to handle deflation than inflation. When inflation rises, the central bank can always cool it off by tighter monetary policies, which weakens aggregate demand.

There is no limit, so to speak, for the central bank as far as raising interest rates is concerned. This is, however, not so with regard to the decline in the growth rate of prices. The lowest level that the central bank can go is the zero interest level.

For instance, let us assume that Fed policy makers have reached a conclusion that in order to revive the economy real interest rates must be lowered to a negative figure.

This, however, may not be always possible to accomplish, so the argument goes, when nominal or market interest rates are at a zero level. At negative interest rates, individuals are going to be reluctant to lend.

(We are aware that some central banks such as the Sweden and the European central banks have lowered their policy rates to below zero mark. Thus in Sweden in July 2009 the rate was lowered to minus 0.25%, whilst in the Euro-zone to minus 0.1% by June 2014. We hold that Fed policy makers are going to be reluctant to experiment with negative interest rates given that this could generate market perception that policy makers are panicking).

or we can say that,

The essence of all this is that a little bit of inflation is necessary in order to have economic prosperity and stability. The inflationary buffer must be large enough to enable the Fed to maneuver the economy away from the danger of deflation, or so it is held.

Elsewhere we have shown that inflationary policy regardless the magnitude of the increase in the price index such as the CPI is always bad news for wealth generators. Inflationary policies set in motion an exchange of nothing for something i.e. setting in motion a diversion of wealth from wealth generators towards the early recipients of money generated out of “thin air.”

Hence, if a fall in the growth momentum of prices emerges on the back of the collapse of bubble activities in response to a softer monetary growth then this should be seen as good news. The less non-productive bubble activities there are the better it is for the wealth generators and hence for the overall pool of real wealth.

Likewise, if a fall in the growth momentum of the CPI emerges because of the expansion in real wealth, for a given stock of money this is great news, since more people could now benefit from the expanding pool of real wealth.

Given however that Fed policy makers are of the view that a decline in the annual growth of prices is bad for the economy they are most likely to embark on very easy monetary policy. Against the possibility of a visible decline in price inflation ahead we are of the view that it is quite likely that the market federal funds rate will likely to follow suit (see chart). This we suggest is going to weaken further the pool of real wealth and will make it much harder for the economy to stage a genuine recovery.