Lockdowns Haven’t Brought down Covid Mortality. But They Have Killed Millions of Jobs.

During the early onset of covid-19 in the spring, government officials across the political spectrum widely agreed that government intervention and forced closure of many businesses was necessary to protect public health. This approach has clearly failed in the United States as it led to widespread economic devastation, including millions of jobs lost, bankruptcies, and extremely severe losses in profitability. Nor have states with strict lockdowns succeeded in bringing about fewer covid deaths per million than states that were less strict.

Consequently, a few months into the pandemic, some governors weighed the competing economic costs with covid-19 containment and slowly reopened their economies. Of course, these governors did not mandate businesses reopen; however, they provided businesses the option to reopen.

Hysteria ensued as many viewed easing restrictions as akin to mass murder. The Atlantic famously dubbed Georgia governor Brian Kemp’s easing of restrictions as “human sacrifice” and referred to Georgians as being in a “case study in pandemic exceptionalism.” Instead, we should view the lockdowns as a case study in the failure of heavy-handed approaches in containing a highly infectious virus.

Now that we are nine months into this pandemic, there is a clearer picture of how state government approaches varied widely. It is clear that “reopened” economies are faring much better overall than less “reopened” economies. “Fueled by broader, faster economic reopenings following the initial coronavirus rash, conservative-leaning red states are by and large far outpacing liberal-leaning blue states in terms of putting people back to work,” writes Carrie Sheffield. This follows logically especially when considering that human beings learn to adapt very quickly. Now, we have learned much more about treating this virus and about who is most at risk from infection.

Not Everyone Can #StayHome 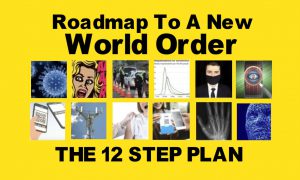 Even so, many proponents of lockdowns still contend that every covid infection is a failure of public policy. But this position is largely a luxury of white-collar workers who can afford to work from home. Lockdowns have been described as “the worst assault on the working class in half a century.” Martin Kulldorff, a biostatistician, says, “the blue-collar class is ‘out there working, including high-risk people in their 60s.” Kulldorff’s colleague Jay Bhattacharya notes that one reason “minority populations have had higher mortality in the U.S. from the epidemic is because they don’t often have the option…to stay at home.” In effect, top-down lockdown policies are “regressive” and reflect a “monomania,” says Dr. Bhattacharya. With this in mind, it is easy to see why more affluent Americans tend to view restrictive measures as the appropriate response.

For many Americans, prolonged periods of time without gainful employment, income, or social interaction are not only impossible but potentially deadly. Martin Kulldorff notes that covid-19 restrictions do not consider broader public health issues and create collateral damage; among the collateral damage is a “worsening incidence of cardiovascular disease and cancer and an alarming decline in immunization.” Dr. Bhattacharya correctly notes that society will be “counting the health harms from these lockdowns for a very long time.”

Bhattacharya emphasized the politicization of these restrictions: “When Black Lives Matter protests broke out in the spring, ‘1,300 epidemiologists signed a letter saying that the gatherings were consistent with good public health practice,’” while those same epidemiologists argued that “we should essentially quarantine in place.” Such a contradiction defies logic and undercuts arguments about the lethality of this virus. If this novel virus truly were as devastating to the broader public as advertised, then political leaders supporting mass protests and riots during a pandemic seem to be ill founded. This contradiction has been cited in countless lawsuits challenging the validity and constitutionality of covid-19 restrictions.

Separately, these often heavy-handed restrictions have targeted constitutionally protected rights like the freedom of religion. Supreme Court Justice Samuel Alito criticized the Nevada governor’s restrictions saying, “that Nevada would discriminate in favor of the powerful gaming industry and its employees may not come as a surprise…We have a duty to defend the Constitution, and even a public health emergency does not absolve us of that responsibility.” This scathing criticism, however, did not gain the support of the Supreme Court as a 5–4 majority deferred to the governor’s “responsibility to protect the public in a pandemic.”

The Worst State and Local Offenders

Such deference may be politically beneficial for the Supreme Court, but it presents a much more significant problem for basic freedoms. For one, many of these covid restrictions have been issued by state governors or administrative agencies rather than through democratic means. Michigan governor Gretchen Whitmer has been targeted for her continued sidestepping of democratic channels and for her top-down approach.

These covid restrictions are somewhat meaningless without ample enforcement and resources, so many major American cities have created task forces for enforcing these covid restrictions. For example, Los Angeles mayor Eric Garcetti has threatened to shut off public utilities for those who host massive house parties. Garcetti wants to treat private gatherings similarly to the bars and nightclubs he has forced closed. Not only is this ridiculous, but it is also authoritarian; there have been few checks on his ability to weaponize public utilities this way. The New York City Sheriff’s Office recently “busted a party of more than 200 people who were flouting coronavirus restrictions.” Their crime? Deputies found around two hundred maskless individuals “dancing, drinking and smoking hookah inside.” In typical government fashion, the owner of the venue was “slapped with five summonses…for violation of emergency orders, unlicensed sale of alcohol and unlicensed warehousing of alcohol.” What would we do without the government?

California governor Gavin Newsom has long been a part of this effort to restrict freedoms under the guise of public health. Governor Newsom and the California Department of Public Health released new “safety” guidelines for all private gatherings during the Thanksgiving holiday. According to Newsweek, “all gatherings must include no more than three households, including hosts and guests, and must be held outdoors, lasting for two hours or less.” Given Newsom’s interventionist tendencies, it is likely that these restrictions will be enforced. How will the government determine how many households are at a Thanksgiving meal and who will enforce the two-hour window? These are questions that journalists should ask.

Meanwhile, the varying levels of economic recovery between red states and blue states demonstrate how top-down policy can be a failure. Strict lockdowns have devastated millions of families’ incomes while failing to bring success in suppressing covid mortality. This failed experiment must be brought to an end. 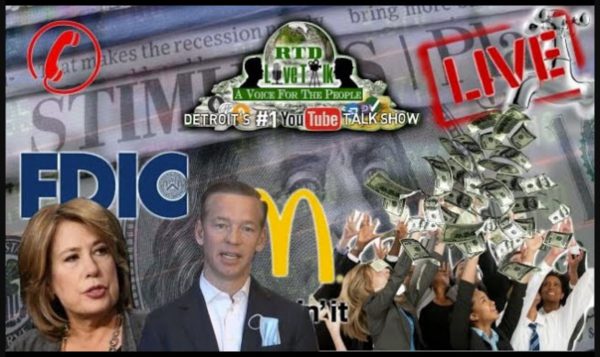