Libra Is Nothing More than a Nice Idea By John Mauldin 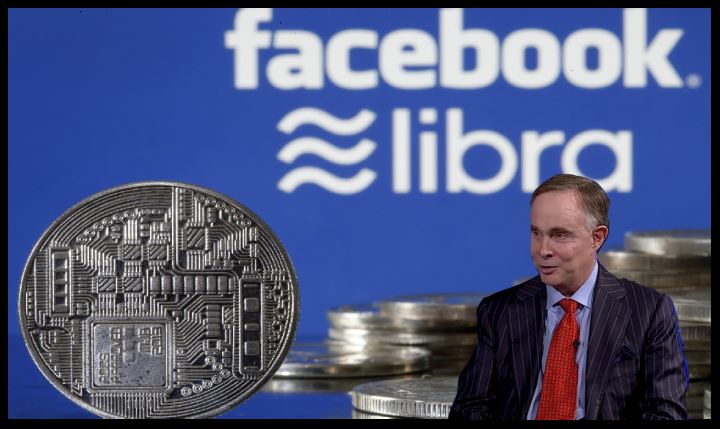 What kind of money will we use in the future?

The answer might seem obvious: dollars, euros, yen, and other government-issued fiat currencies.

Most of us have never known anything else. Yet these currencies aren’t natural phenomena.

People created them. People can also abandon them for something else, just as they abandoned older currencies.

There are good reasons to think we could once again see some fiat currencies disappear. If so, what “something else” will be money in the future?

I can hear the chorus now: Fiat currencies come and go, but gold is forever. And now there is a drumbeat for cryptocurrencies.

Five years ago, I said that I expected to see a commodity-backed cryptocurrency to eventually emerge and potentially become the currency of the future.

Facebook’s recently announced Libra project may eventually be one. But at this point, it’s really just an idea, and I am not convinced it is ready for primetime.

Libra is Facebook’s idea, but the company—obviously aware it has public trust issues—has assembled a consortium to manage the project.

This “Libra Association” currently has 28 members. They are mostly payment processors, tech and telecom providers, venture capital managers, and a few nonprofits. Facebook itself is represented by a newly formed subsidiary, Calibra.

Unlike Bitcoin, Libra won’t be “mined” by solving math problems. It will be fully backed by financial assets, which the association says will consist of cash in various currencies, government bonds, and similar short-term debt.

All will go into a “Libra Reserve” as users contribute money, and each Libra unit will be a share of that account. Its value will fluctuate against conventional currencies, but not by much (or so they hope).

How do you know the reserve assets are really there? This requires a lot of trust, something Facebook hasn’t exactly earned from the public it supposedly serves. But MasterCard or Visa? Since most of us have at least one of their cards, we seem to trust them.

Another problem is that Facebook uses your data in unexpected ways most of us would never consent to if it specifically asked us, which it doesn’t. Not to mention the large, profitable firm’s seeming inability to securely store our data.

With this in mind, Mark Zuckerberg is making some gestures toward segregating Libra customer information from the Facebook social network. I’m not sure it will be enough to satisfy the public, not to mention politicians and regulators around the globe.

Libra faces another challenge that may be even greater. Much of the “unbanked” economy likes being in the shadows.

People use cash and cryptocurrencies as part of tax evasion, fraud, crime, or terrorist plots. Facebook says it doesn’t want to facilitate such activity. But how to stop it?

Regulators have forced the banking industry to adopt robust “know your customer” practices. You must identify yourself to open an account. Banks report any suspicious activity to the authorities. It is a pain for legitimate businesses and investors, but a necessary one.

US and European regulators may not demand that level of scrutiny from Libra, but they will certainly impose some requirements. There is no way they will let it turn into anything like Bitcoin.

Facebook has millions of fake accounts engaged in all sorts of less-than-honest activities. That’s core to its business model, actually; more eyeballs mean more revenue. The firm is beginning to police the audience more rigorously, but its sincerity is questionable at best.

So the Libra project’s DNA, so to speak, tells it to a) collect lots of data b) not worry too much about its accuracy, and then c) use the data to make money. That is inconsistent with the way Libra will have to operate, if it is to do so legally, as Facebook and its partners say is their intent.

But say Libra implements whatever safeguards the various governments demand. That still leaves it holding a lot of sensitive, private information about people’s assets, spending habits, travel, and more.

Can we a) trust Libra to keep the data out of Facebook’s clutches, and b) trust Libra, Facebook, and whoever else is involved to protect it from cyberthieves?

Just look at all the data breaches that have occurred at large, supposedly sophisticated banks and other institutions that spent billions protecting their systems. Is Libra going to invest that kind of money on security? If so, where will it come from?

Libra itself intends to make revenue from the “float” on its assets. In theory, you will give your dollars or euros to Libra and they will convert it into a basket of currencies, banking assets, and so forth.

The organization will live off the interest, paying you nothing while (you hope) not using your information to its own benefit.

Let’s go back to that stable coin concept. A basket of currencies is not very stable. Fortunately for me, my friends at Gavekal took the trouble to measure the stability of both the dollar and the IMF’s Special Drawing Rights (SDR).

They found that for at least US dollar holders, the dollar would’ve been more stable. It even works out that way for holders of the Indian rupee and other currencies. (Of course, if you live in a country like Venezuela, Libra may be a godsend for you, if you can figure out how to get some.)

So, if Libra isn’t going to pay me any interest and it’s not really a great store of value, what’s my motivation to “invest?”

So, Libra has a tough row to hoe. We’ll see how it goes. But the point remains: Fiat currencies aren’t working so well, either. What would work better?

I continue to think a properly designed, well-regulated commodity-backed cryptocurrency is the best option. But it can only work if governments allow it. They don’t need to ban alternative currencies; governments have many ways to render them impractical.

For instance, in the US, the IRS considers Bitcoin an “investment.” Any change in its value between the time you acquire it and the time you spend it is a capital gain or loss.

Tracking that for every cup of coffee you buy would be a chore. Libra will likely face this same problem.

And speaking of taxes, the IRS accepts only dollars. You must have enough of them to pay your taxes.

Similarly, the government pays its millions of workers and contractors in dollars. Ditto Social Security and other benefits. An enormous part of the economy won’t use any Libra-like alternative money. This will further limit its growth.

Those barriers will fall eventually, but it won’t be tomorrow. I think we will see a lot of experimentation in the next decade. New money is coming. We just don’t know what it will be.

Throwing Down the Gauntlet

All that being said, I wouldn’t bet against Libra actually making it. While I’m a tad skeptical of our privacy in Facebook’s hands, hundreds of millions if not billions of Millennials won’t even think about it.

And if you are one of the major banks that has been working on a blockchain cryptocurrency? Many are doing so.

Facebook’s just sounded the starting gun. And they are doing the banks the courtesy of running the regulatory gauntlet first. Will that give Facebook a first-mover advantage? Hard to say.

Remember MySpace? Not all first movers are created equal.