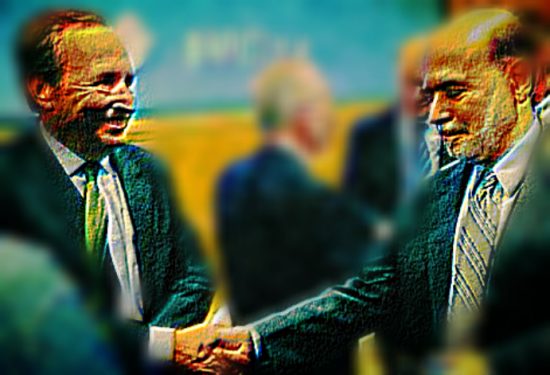 Former Treasury Secretary Lawrence Summers dismissed the optimism of former Federal Reserve Chairman Ben Bernanke, who recently said the central bank could likely fight off the next recession despite the low level of interest rates.

Bernanke’s speech was “a kind of last hurrah for the central bankers,” Summers said in a taping of Bloomberg Television’s “Wall Street Week” with David Westin, which will debut Friday at 6 p.m. in New York.

“He argued that monetary policy will be able to do it the next time,” Summers said. “I think that’s pretty unlikely given that in recessions we usually cut interest rates by 5 percentage points and interest rates today are below 2%.”

The Fed’s target range for its benchmark policy rate is currently at 1.5%-1.75%.

Speaking Jan. 4 at the annual meeting of the American Economic Association in San Diego, Bernanke said crisis-era policies of large-scale bond purchases, known as quantitative easing, and commitments to keep rates low for a very extended period via forward guidance, could be used effectively again if rates drop to zero. Combined, they packed the equivalent of 3 percentage points of additional rate cuts, Bernanke estimated.

“I just don’t believe QE and that stuff is worth anything like another 3 percentage points,” he said. “We’re going to have to rely on putting money in people’s pockets, on direct government spending.”

Summers also said investors shouldn’t expect the kind of returns they enjoyed over the past decade, especially from the stock market.

“Because interest rates are much lower and maybe risk premiums are the same as they always are, returns going forward are going to be substantially lower than they have been over the last decade,” he said.