Juan Guaidó: Made In The USA For Regime Change In Venezuela 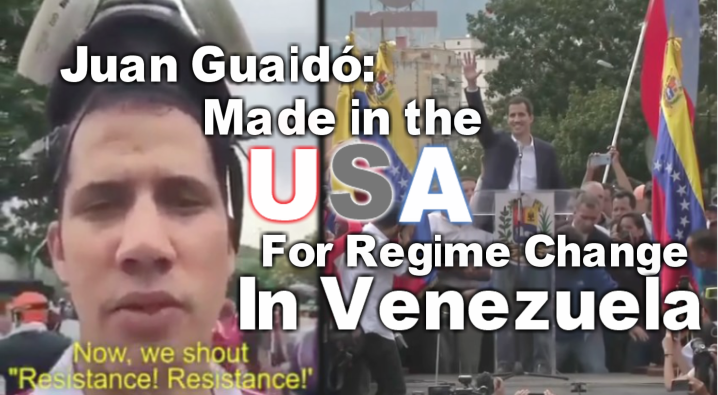 Juan Guaidó is the product of a decade-long project overseen by Washington’s elite regime change trainers. While posing as a champion of democracy, he has spent years at the forefront of a violent campaign of destabilization.

Before the fateful day of January 22, fewer than one in five Venezuelans had heard of Juan Guaidó. Only a few months ago, the 35-year-old was an obscure character in a politically marginal far-right group closely associated with gruesome acts of street violence. Even in his own party, Guaidó had been a mid-level figure in the opposition-dominated National Assembly, which is now held under contempt according to Venezuela’s constitution.

But after a single phone call from from US Vice President Mike Pence, Guaidó proclaimed himself president of Venezuela. Anointed as the leader of his country by Washington, a previously unknown political bottom-dweller was vaulted onto the international stage as the US-selected leader of the nation with the world’s largest oil reserves.

Echoing the Washington consensus, the New York Times editorial board hailed Guaidó as a “credible rival” to Maduro with a “refreshing style and vision of taking the country forward.” The Bloomberg News editorial board applauded him for seeking “restoration of democracy” and the Wall Street Journal declared him “a new democratic leader.” Meanwhile, Canada, numerous European nations, Israel, and the bloc of right-wing Latin American governments known as the Lima Group recognized Guaidó as the legitimate leader of Venezuela.

While Guaidó seemed to have materialized out of nowhere, he was, in fact, the product of more than a decade of assiduous grooming by the US government’s elite regime change factories. Alongside a cadre of right-wing student activists, Guaidó was cultivated to undermine Venezuela’s socialist-oriented government, destabilize the country, and one day seize power. Though he has been a minor figure in Venezuelan politics, he had spent years quietly demonstrated his worthiness in Washington’s halls of power. 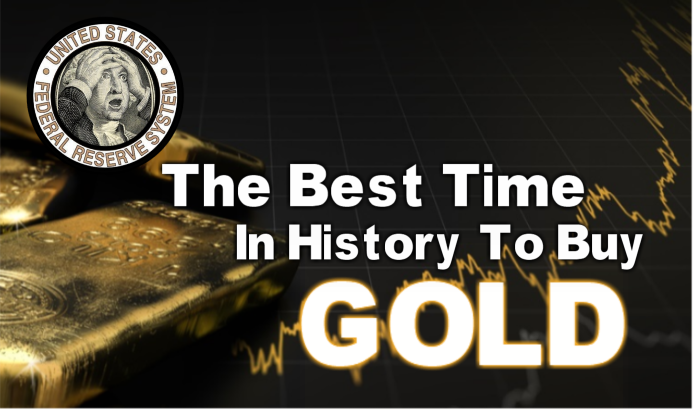 ***Find out why Gold is your best option. Click picture to find out more***

“Juan Guaidó is a character that has been created for this circumstance,” Marco Teruggi, an Argentinian sociologist and leading chronicler of Venezuelan politics, told The Grayzone. “It’s the logic of a laboratory – Guaidó is like a mixture of several elements that create a character who, in all honesty, oscillates between laughable and worrying.”

Diego Sequera, a Venezuelan journalist and writer for the investigative outlet Misión Verdad, agreed: “Guaidó is more popular outside Venezuela than inside, especially in the elite Ivy League and Washington circles,” Sequera remarked to The Grayzone, “He’s a known character there, is predictably right-wing, and is considered loyal to the program.”

While Guaidó is today sold as the face of democratic restoration, he spent his career in the most violent faction of Venezuela’s most radical opposition party, positioning himself at the forefront of one destabilization campaign after another. His party has been widely discredited inside Venezuela, and is held partly responsible for fragmenting a badly weakened opposition.

“‘These radical leaders have no more than 20 percent in opinion polls,” wrote Luis Vicente León, Venezuela’s leading pollster. According to León, Guaidó’s party remains isolated because the majority of the population “does not want war. ‘What they want is a solution.’”

But this is precisely why Guaidó was selected by Washington: He is not expected to lead Venezuela toward democracy, but to collapse a country that for the past two decades has been a bulwark of resistance to US hegemony. His unlikely rise signals the culmination of a two decades-long project to destroy a robust socialist experiment.

Targeting the “troika of tyranny”

Since the 1998 election of Hugo Chávez, the United States has fought to restore control over Venezuela and is vast oil reserves. Chávez’s socialist programs may have redistributed the country’s wealth and helped lift millions out of poverty, but they also earned him a target on his back.

In 2002, Venezuela’s right-wing opposition briefly ousted Chávez with US support and recognition, before the military restored his presidency following a mass popular mobilization. Throughout the administrations of US Presidents George W. Bush and Barack Obama, Chávez survived numerous assassination plots, before succumbing to cancer in 2013. His successor, Nicolas Maduro, has survived three attempts on his life.

The Trump administration immediately elevated Venezuela to the top of Washington’s regime change target list, branding it the leader of a “troika of tyranny.” Last year, Trump’s national security team attempted to recruit members of the military brass to mount a military junta, but that effort failed.

According to the Venezuelan government, the US was also involved in a plot, codenamed Operation Constitution, to capture Maduro at the Miraflores presidential palace; and another, called Operation Armageddon, to assassinate him at a military parade in July 2017. Just over a year later, exiled opposition leaders tried and failed to kill Maduro with drone bombs during a military parade in Caracas.

More than a decade before these intrigues, a group of right-wing opposition students were hand-selected and groomed by an elite US-funded regime change training academy to topple Venezuela’s government and restore the neoliberal order.

To read the rest of this article click the link (here)