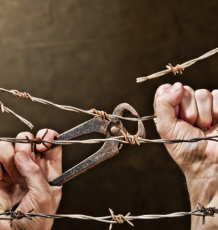 Five months ago I wrote that I had been very closely following the case of John Edmonds, the JPMorgan banker accused of manipulating gold prices lower with spoofing.

Edmonds was scheduled to be sentenced for his crimes at the end of 2018, but before his sentencing he started squealing, so the judge delayed sentencing until “no later” than May 8, 2018.

There is likely nothing that criminal senior bankers dislike more than a lower associate ratting them out, and consequently I speculated that Edmonds’ continued squealing about his gold spoofing may have placed him in line for retaliation. As a trader for 13 years, Edmonds was not a neophyte at JPMorgan. Still, he testified that more senior bankers at the firm trained him in how to manipulate gold prices lower and that senior advisers at JPMorgan were fully aware of and approved his criminal behavior.Though much of the publicity about Edmonds’ case has been about his gold price manipulation, Edmonds also admitted to manipulating silver, palladium, and platinum prices from 2009 to 2015.

Assistant U.S. Attorney General Brian Benczkowski stated, “For years John Edmonds engaged in a sophisticated scheme to manipulate the market for precious metals futures contracts for his own gain by placing orders that were never intended to be executed.”

This case was of particular interest to me because to this day I do not believe that this criminal practice has ceased at JPMorgan and at other global banks. In fact, my patrons for the last 18-months have received weekly videos in which I repeatedly and accurately predicted gold price slams, sometimes to within a few dollars of the slam, which should be impossible to accomplish if bankers were still not manipulating gold prices.

Consequently, this practice has likely never stopped simply because the punishment has yet to match the enormity of the crime, with judges levying fines that amount to just a fraction of the profits generated from the spoofing, and no judge yet imposing considerable jail time.

With no real threat of serious prison time and with guaranteed profits many times the amount of the fines, there is no disincentive in the banking industry to cease manipulation of precious metal prices for profit.

Since Edmonds’ case was not resolved with the typical slap on the wrist and a fine of pennies on the dollars of criminal profit, I was truly interested to discover if Edmonds or any of his superiors at JPMorgan who were involved with his criminal activity would be sentenced to prison for the first time in the history of precious metal price manipulation.

If the FBI pursued this case aggressively and a few JPMorgan bankers were sent to prison for at least two or three years, then for the first time there would have been a substantial victory for all of us who desire fair pricing mechanisms in gold and silver all over the world.

Serious prison time in a maximum-security prison (and not preferential treatment like the well-connected sex trafficker Jeffery Epstei received) will be the only deterrent to criminal manipulation of gold and silver prices.

The Edmonds case still could free gold and silver prices from the grip of corrupt global bankers, especially if senior bankers JPMorgan are sentenced to long prison terms. Though I am not hopeful that we will see such a positive outcome, it is still important to watch the Edmonds case.