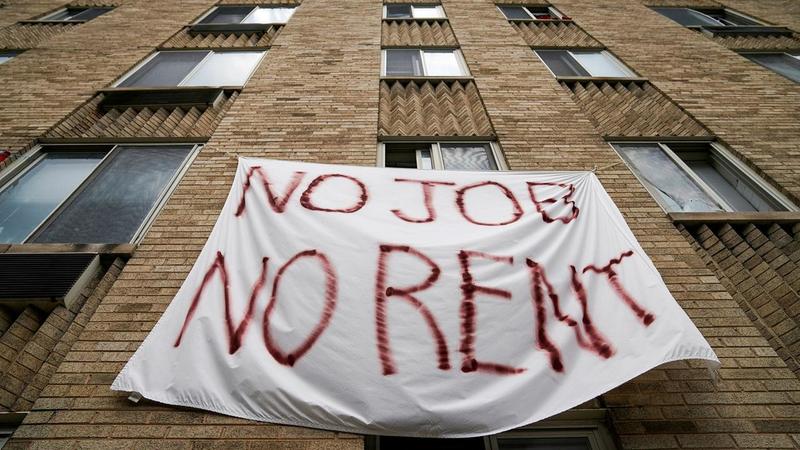 The Trump adminstration walked back federal pro­tec­tions for renters in early October, even though rent moratoriums were still in effect, which allowed property owners and operators to begin the eviction process for millions of people as tens of billions of dollars in back rent is coming due.

In early September, the CDC published new, temporary guidelines to halt evictions because of the virus pandemic. The public health agency said:

“The CDC, located within the HHS announces the issuance of an Order under Section 361 of the Public Health Service Act to temporarily halt residential evictions to prevent the further spread of COVID-19… This Order is effective September 4, 2020, through December 31, 2020.”

Before the eviction moratorium went into effect on September 4, there was a 72-hour lapse, allowing landlords to evict non-paying tenants. Reuters interviewed Latrise Bean,35, who was one of the unfortunate people evicted during that time from her Milwaukee apartment.

Bean, who works at a software company, like millions of other Americans, had their working hours reduced by of the virus-induced economic downturn – now with an eviction on her record, making it more difficult to find a rental, she is now living at a temporary housing unit in a neighborhood even worse than the one before with her five-year-old daughter.

“I feel so unlucky,” said Bean. “I have really been through it.”

2020 has been a nightmarish year for millions of America’s renters. At least 8 million of them are facing eviction in the coming months. Collectively, these folks owe an estimated $32 billion in back rent. Months of non-payment have exerted financial pressure on property owners and operators, some of whom have already failed to service their mortgage debts.

Princeton University Eviction Lab, a national housing research center, said, on average, there are roughly 3.6 million eviction cases per year. In early 2021, the number could be doubled, suggesting an eviction wave, nothing like this country has ever seen before, is ahead.

Bob Pinnegar, CEO of the National Apartment Association, points out mom-and-pop landlords “are under an unprecedented financial strain,” as many have seen eight months of non-payment from tenants. 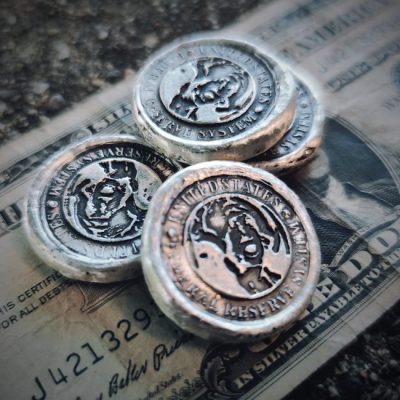 Princeton Lab’s 17 US cities’ data shows since the pandemic began, at least 60,000 evictions have been recorded. As we’ve noted, evictions, homelessness, hunger crises, and the continued collapse of America’s working-poor continues to plague the economy as a conventional recession could be unfolding.

Since the CDC’s eviction moratorium went into effect, metro areas across the US have recorded a decline in evictions – but that hasn’t stopped some landlords in places like Columbus, Ohio, Jacksonville, Florida, and Gainesville, Florida, who have been filing eviction notices for non-paying tenants.

Come January, with billions of dollars in back rent due, struggling Americans like Natasha Burns, who owes more than $7,000, will be financially devastated in the new year. She told Reuters there’s no way she can financially recover from this at the moment.

“If it weren’t for the CDC ban, my kids and I would be homeless,” Burns said.

Making matters for the working poor, some cities have allowed landlords to garnish 20% of an evicted tenant’s wages. Judgments ordering tenants to pay back rent can crush people’s income for years.

Nick Toman, a Milwaukee Legal Aid lawyer, said his normal clientele shifted from individuals to entire households as the pandemic wrecked the economy:

“I hear these stories from entire families who are on the side of the street,” said Toman, choking up during an interview with Reuters in his Milwaukee office. “These families have no place to go and no options, and I think it’s abundantly clear that the safety net is just not big enough to handle something like this.”

“January is going to be a mess,” while referring to the back rent due. “Nobody can get a new place because they have an eviction case pending against them – and they don’t have any money anyway.”

Meanwhile, Congress and the Trump administration are deadlocked over a new stimulus bill that would include financial relief for tenants and landlords.

John Pollock, a Public Justice Center attorney and coordinator of the National Coalition for a Civil Right to Counsel, said January could bring a surge eviction and homelessness,” unlike anything we have ever seen” before.

With an eviction crisis likely aead, unless more government intervention is seen, the economic crisis is far from over as it could be a continuation of a conventional recession.