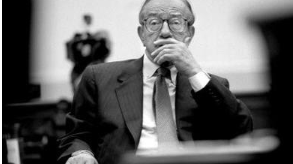 Taking another look at what I wrote about repo and the latest developments yesterday, it may be worthwhile to spend some additional time on the “why” as it pertains to so much determined official blindness, an unshakeable devotion to otherwise easily explained lunar events.

The short version: monetary authorities as well as the “experts” describe almost perfectly risk averse behavior among the central money dealing system in outbreaks like September’s repo – but then bend over backward trying to come up with any other kind of explanation for it. The problem must be some complicated stew of otherwise benign technical issues because there’s no possible way, they tell themselves, it can be anything else. Not with bank reserves abundantly over a trillion (now rising again) and Jay Powell pleasantly whispering in their ears about the unemployment rate every other day.

It takes on religious, cult-like properties to try so hard to prove (to themselves) what has already been so thoroughly disproven.

Start with the bond market and interest rates. Over the last half decade or so, ever since Janet Yellen’s ill-advised first rate hike in December 2015 amidst a near recession, a move she immediately regretted, central bankers and Bond Kings have been on a mission to convince the world monetary policy was a tremendous success. It had to have been because it was the biggest thing ever devised and those devising it had promised it was so big the flood of “easing” couldn’t possibly fail.

Something about a printing press.

Anyway, that’s not logic so much as self-delusion and rationalizing; the fallacy of sunk costs. Rather than recognize all the warning signs that it all had indeed failed, policymakers and Economists instead convinced themselves it just needed more time.

Except, by 2015 and 2016 time was running out (see: Trump, Donald, and Britain, exit). People were growing anxious as even politicians like President Obama had exhausted what had been a deep reservoir of patience (thus, his June 2016 comment about a manufacturing “magic wand”).

Along came 2017 and Reflation #3 – just in time to be hyped into that very mode of success all officialdom had been waiting on. President Trump was only too happy to take credit. It was given a catchy name, globally synchronized growth, and described in the most emphatic of terms. The game changer had arrived, the final end to what had by then been far too many years of lethargy and uncertainty.

What that would’ve meant for the bond market was clear: an explosion in yields. The combination of risky opportunities (recovery), the end of macro slack (inflation), and a resolute central bank aggressively trying to keep it all within bounds (hawkishness) would lead to the BOND ROUT!!!!

It never happened. Nope. Not even when yields were rising, as I wrote in March 2018 amidst what had been true hysteria:

The problem with such an idea is that it just doesn’t appear anywhere. Markets have been trading on mild “reflation” sentiment, that’s it. And there really isn’t much conviction behind it, either.

The curves uniformly said that the game changer scenario just wasn’t playing out. By flattening where they did, around 3% nominal, it was a very clear signal that something was still wrong. The same thing that had been wrong the entire time since August 2007.

But, since central bankers had so much riding on a positive outcome, they reversed engineered persistently low bond yields into something they could spin as consistent with globally synchronized growth and the tremendously optimistic factors behind the BOND ROUT!!!!

According to the conventional theory, since yields weren’t actually rising in the manner they “should” have been the only way to decompose them without disproving the whole game was to claim, without outside corroboration, by subjective statistical modeling only, inflation expectations really were rising, that the bond market really was figuring on much higher short-term money rates due to rate hikes, but that it was also experiencing some revelation of past forward guidance (mostly Delphic, but maybe some Odyessean, too) which only in an Economist’s mind can be priced out as a negative term premium.

The thing is, as I pointed out last August as the shockingly “unexpected” drop in yields was happening, we have markets for both of those yield components. They tell us within all reasonable standards what yields are made of. And it wasn’t falling term premiums.

The reason it has to be term premiums is because Bernanke, Janet Yellen, or Jay Powell all say inflation is going to rise and so will short-term interest rates. Guaranteed. Take it to the bank. The Fed will therefore be hiking short-term rates and since they don’t believe the bond market would ever, ever disagree with them, process of elimination, it therefore must be term premiums that are causing yields to fall (when these same people say they should be rising).

Even last August, when the yield curve was at its most public (other than now), these people continued to talk about negative term premiums (related, of course, to R*) seriously. No matter how much and many events go against them, they never, ever change their view. Again going back to what I wrote in March 2018:

March 2008 was a very long time ago, and the technocrats have been repeatedly predicting its mirror positive image almost every year since. Having surpassed a decade now, there is religious fervor about it. It doesn’t matter how much the yield curve collapses on the narrative (the long end, even as it rises somewhat in nominal terms, continues its stubborn and obvious resistance against the idea), the BOND ROUT!!! like actual inflation is certain for tomorrow.

Interest rates have nowhere to go but up no matter how low they keep going. The bond market, like repo problems, are all dissected from this other, deeply unscientific perspective. Central bankers start, not end, with the premise that the world is fixed and awesome – and then seek to validate this predetermined conclusion.

But, because it is a faulty and ultimately incorrect conclusion, it takes some real mental gymnastics and tortured logic to get back to it. Repo is nothing more than technical factors. Falling bond yields are really a good sign, even more negative term premiums. The BOND ROUT!!!! is still penciled in for tomorrow.

A growing chorus of strategists and money managers is voicing concern as investors charge into government debt at seemingly any price.

The fear is they’re exposing themselves to interest rate risk like never before, risking a precipitous slump on even a modest bump in yields. One breakthrough in the fight against the illness, or a sign the global economy is recovering faster-than-expected, might be all it takes.

That wasn’t written in March 2018 nor March 2019. It was published yesterday, of all days. And here’s the kicker, “The moves highlight belief in some corners that policy action will stoke growth, creating upward pressure for stocks and bond yields.”

Even now, after the clunker that was Powell’s unscheduled fifty, after last year’s three rate cuts that no one bothers to remember, the myth of monetary potency remains imagined as the godhead of the maestro’s legacy. No matter how many times all its central tenets disproven, the cult remains stocked with true believers.

These people – central bankers, Bond Kings, Economists, repo experts – they all claim that because the moon is an ages-old symbol of the nighttime that when it suddenly appears in the sky during the day, as happens, that when it does daytime is actually night. The fact that no one has any lights on is explained by technical factors like some imagined, regression-deduced shortage of light bulbs rather than the obviousness of the real time of day. The Fed moves to renew its abundant light bulb policy rather than recognize and adjust its clock.

So steadfastly convinced that the moon must only be a nighttime phenomenon, repo has to be technical factors rather than the more obvious risk aversion behavior. Low interest rates have to be negative term premiums (how negative will term premiums have to be if, really when, nominal yields are themselves?) instead of the deepest, most sophisticated combination of markets in human history describing, point blank, rapidly rising liquidity risks and the long run consequences of them.

Thus, nothing changes. Nothing did in 2017, that’s for sure. It’s all just the same broken system. That alone is why there was never a BOND ROUT!!! as well as why there won’t be. All these things go hand in hand; broken repo and low yields, risk aversion and the lack of inflationary acceleration.

If it wasn’t for this Greenspan Moon Cult these problems might’ve been solved, at least properly recognized, a long time ago.