Is The Globalist “Reset” Failing? The Elites May Have Overplayed Their Hand 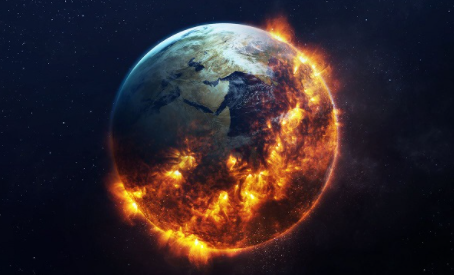 Crashing the economy is one thing, rebuilding it into the collectivist dystopia they desperately want is another. Everything depends on…

One aspect of narcopaths (narcissistic sociopaths) that is important to remember is that they live in their own little world in which their desires and bizarre dysfunctions are normalized. They believe themselves superior to most people because they are predatory, and don’t suffer from annoying hang-ups like empathy and conscience. They generally tend to believe they have pulled the wool over everyone’s eyes the majority of the time. They think that you are a submissive idiot, and that when they bark an order, you will simply jump to attention because you “believe”.

Almost every aspect of the globalists and their behavior indicates they are a club or cult of narcopaths. Their obsessive need to control as well as to corrupt and destroy in order to get what they want is not an extension of mere greed, it is a deep-seated aspect of who they are as beings. It is a defining mechanism at the core of their character. They are real world monsters, like vampires attempting to blend into an unsuspecting population.

In their arrogance, then tend to expect they can drain the public dry at will without being resisted or exposed. The problem is, as soon as they start to feed and destroy they draw attention to themselves. Eventually, they will attract the suspicions of the public, along with some vampire hunters. Unless they find a way to hide a stake through the heart is inevitable. 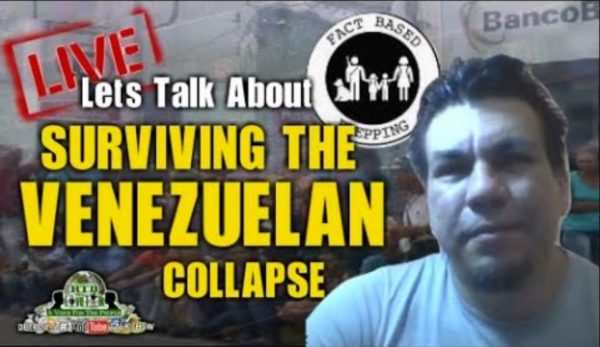 The Life Of A Venezuelan During A Pandemic – RTD Q&A ft. Jose (Fact Based Prepping)

I have been writing about the threats of globalism and the “reset” for many years now, and I have noted for some time two separate quandaries; one affecting the liberty movement and the other affecting the globalists:

1) First, criminals tend to brag about their crimes when they think that it’s too late for anyone to do anything about them. I predicted the globalists would be very open in revealing their agenda the moment they believed themselves “untouchable”. For the freedom loving public this suggests that in 2020 going into 2021 that the elites must think there is nothing that can be done to stop the machine; they are so blatant in their calls for the global “reset”, a cashless society, totalitarian lockdowns and a surveillance state that no one in their right mind can claim these notions are “conspiracy theory” anymore.

The fact is, the “conspiracy theorists” were RIGHT ALL ALONG, and now there is nothing anyone can say about it.

2) Second, I have also argued in the past that the globalist push for a “new world order” is a double edged sword that could very well end up annihilating them. As they attempt to initiate their reset agenda, they become more and more exposed; they can no longer lurk in the safety of the shadows and there is no going back once the process is started. Once the globalists become widely known, they must either swiftly take control through engineered chaos and collapse, or face retribution that could eliminate a cabal that took them centuries to build. Vampires must make the rest of the world a dark place before leaving the shadows, or they risk dying in the light of day.

There are two schools of thought in the liberty movement; one suggesting that the globalist agenda is fixed and unstoppable and that the best anyone can do is survive. The second suggests that the reset can be stopped and the globalists can be brought to justice. I stand in both camps.

There are aspects of the reset that are indeed fixed and that cannot be undone. For example, numerous national economies including the US are in the midst of a stagflationary collapse and there is nothing that can be done to reverse it. Perhaps a decade ago we could have changed course, but now it is too late. The pain can be reduced if people quickly end their dependency on the system and create localized trade networks of their own, but the economy as we know it right now is dead and it is not coming back anytime soon.

I do not see this, though, as a win for the elites. Crashing the economy is one thing, rebuilding it into the collectivist dystopia they desperately want is another. Everything depends on who rebuilds; maybe it will be them, maybe it will be us.

I am seeing some encouraging signs these days that the globalist reset is NOT a sure thing, and those that know my work know I have never been one for misplaced optimism. Specifically, the exploitation of the pandemic response as a means to ram through numerous draconian restrictions does not seem to be going exactly as the elites planned.

I have to look back at Event 201 to really gauge the state of the game, because what the elites planned and what has happened do not completely match up. For those not familiar, Event 201 was a type of “war game” held by globalists from the World Economic Forum and the Bill and Melinda Gates Foundation. The scenario? A pandemic outbreak of a coronavirus which would spread like wildfire and kill a predicted 65 million people. The simulation was held only a couple of months before the real thing happened at the start of 2020.

In the year since the outbreak, the globalists have attempted to enforce nearly every plan that was outlined during Event 201, including using social media to censor or restrict any news or information outside of the establishment approved narrative (Yes, narrative control was discussed at the event in great detail). Klaus Schwab of the World Economic Forum has consistently and excitedly applauded the pandemic crisis as a “perfect opportunity” to institute the “reset” that the globalists have been talking about for years.

Unfortunately for them, the virus has not been anywhere near as deadly as they appear to have hoped. With a death rate of well below 1% for anyone outside of a nursing home with preexisting conditions, the establishment has now been forced to pump up infection numbers as a means to terrorize the populace because the death numbers are not enough to convince people to willingly hand over their freedoms. The Infection Fatality Rate (IFR) for Covid 19 not counting nursing home deaths with preexisting conditions is only 0.26% of those infected.

There is a propaganda meme being passed around these days that tries to exaggerate the danger of death from Covid, and it goes a little something like this:

“Covid has killed more people that the Vietnam War and the Gulf Wars combined in a single year, therefore your freedoms are forfeit…”

This is an idiotic talking point but luckily no one is buying it. Over 40% of Covid deaths are people that are already sick and on the verge of dying anyway (And no, refusing to wear masks is not the same as endorsing “death panels”, because a death panel is about socialists refusing treatment to people at risk because of their age. No one is suggesting that old people be refused treatment, and they always have the option of staying under quarantine if they fear they will become infected. They are already retired and receiving social security, perhaps if we are going to stimulate then the bailout money should go to those most at risk so that the rest of us can continue on with normal life?)

Hundreds of thousands of people die every year from diseases and illnesses including the flu, common colds and pneumonia, yet, the prospect of abandoning the Bill of Rights, submitting to economic shutdowns and wearing a muzzle on our faces wherever we go was never brought up before.

Why should we ask 99.7% of Americans or the world to accept medical tyranny just to make .26% of the population feel safe? People who question the mandates are called “selfish”, but even if I was one of the people susceptible to the virus, I would NEVER demand that 99% of the population bow to totalitarianism at the off chance that I might live a little while longer. Now THAT would be selfish.

As more and more studies and data are released, the mask mandates are also coming into question. Though Big Tech has sought to suppress or censor studies that run contrary to the mainstream narrative, this has only led more people to question the motivations of governments pushing the mandates. After all, the mainstream media keeps saying that we should “listen to the science”, but they ignore or censor the science. So, if the pandemic response is not based in science, then it must only be about control. 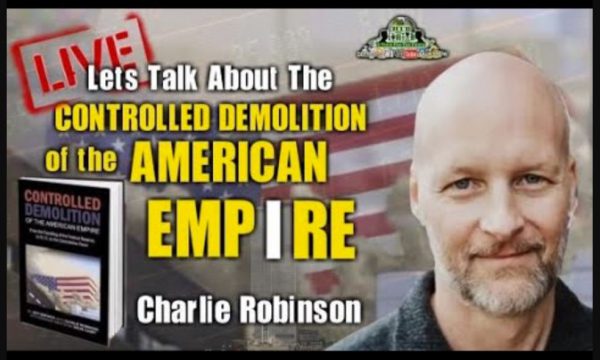 Many Americans are not as stupid as the elites think. They see the inconsistencies in the rhetoric and the data and they are increasingly prone to refuse to comply. This might be why the establishment is suddenly rushing out at least two Covid vaccines in the span of half a year; they have to get the vaccine phase of the Reset underway before too many people jump from the panic bandwagon.

The vaccine rush and the claims of effectiveness of 94% to 95% from Pfizer and Moderna are suspect. The average effectiveness of most vaccines is around 50% or less, and these are vaccines with hundreds of trials and years of usage. Somehow, Pfizer and Moderna were both able to produce a vaccine for a SARS type virus when multiple governments tried for over a decade to produce vaccines for SARS in China and were unsuccessful, and they were able to achieve 95% effectiveness?

Many people are not buying the vaccine story, and this is perhaps why the elites are jumping headlong into vaccination so fast. Consider this fact:

Numerous polls indicate that at least 1 in 3 Americans plan to refuse the Covid vaccine when it is released to the general public. 60% of Americans have stated in polls that they will not take the vaccine unless it is proven to be at least 75% effective.

Here I think we have our explanation for the vaccination bonanza. The elites know that a third of Americans (and probably Europeans) will not take the vaccine regardless of any propaganda they dish out. They also know that 60% of Americans are unlikely to take the vaccine unless they can show an effectiveness rate of at least 75%. Neither Moderna nor Pfizer have actually produced any evidence that their vaccines are capable of prevented severe illness or death from Covid, so, their effectiveness rate is based on “projections” of success according to their minimal trials. Meaning, the effectiveness rate of 95% is completely arbitrary.