Is The Fed Ready For A Recession? 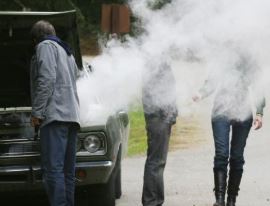 On February 11, 2020, Federal Reserve chairman Jerome Powell delivered a semiannual report discussing the economy and laying out the good, the bad, and the precautions that the Fed must take in the event of a future economic downturn.

Although Powell spoke on a lot of positive features that are occurring in the United States economy, he raised a few risks that the Fed has taken that have put it in a challenging predicament to face the next recession.

Reflecting on last year’s monetary policy, Powell noted that the Fed embarked on lowering rates to provide a bit of a boost to the United States economy in response to a lackluster global growth of 2.4 percent in the first half of the year. In the second half of the year, the Fed felt that the economy had stabilized itself and decided to keep rates unchanged following the uncertainty surrounding the trade deal with China. As a result of keeping rates artificially low, the Fed helped bolster equity markets, which rose to all-time highs, with the S&P 500 returning 28.9 percent last year even though earnings growth lagged at just 1.7 percent.

In the report, Powell discussed the risky situation that the Fed has put itself in as a result of lowering interest rates, saying, “This low interest rate environment may limit the ability of central banks to reduce policy interest rates enough to support the economy during a downturn.” He stressed the importance of the federal government becoming more fiscally responsible in order for it to provide additional support during an economic downturn.

To summarize Powell’s speech, interest rates are historically low but not high enough for them to be lowered to help stimulate the economy out of the downturn. In consequence, the Fed will require a government that is addicted to spending to be more fiscally conservative to provide additional support when the need arises.

Currently, the status of the Fed isn’t too sensational; it is more concerning than anything else, as its most recent quarterly report shows that it is overleveraged at $100.74 in debt for every dollar in liquid cash. Meanwhile, the federal government that the Fed hopes will be more fiscally conservative ran a deficit of $984 billion last year and is expected to hit $1 trillion this year, while holding a national debt that has ballooned to over $23.22 trillion.

The situation of the Fed can likened to that of an individual with $500 in their savings account who is driving an old vehicle whose repairs could cost well over $500 hoping that their gambling-addicted relative will pay for the shortfall. The danger of our present situation is that interest rates are nearing zero (the fed funds rate is currently 1.5 percent) while nonfinancial corporate debt is over $10 trillion, which had increased by over 50 percent when we came out of the crisis in 2009 at $6.5 trillion.

The more the Fed suppresses rates, the higher they will have to rise, and the longer they are held down, the lengthier the correction could be. When interest rates begin to rise, the cost to borrow into the future and possibly to sustain existing debt becomes higher, resulting in less capital for businesses to spend on production. Also, many business ventures that were profitable when rates were low may become unprofitable as rates go up.

As a result of the increase in rates, businesses that borrowed too much or are not adequately funded will have to cut expenses to survive, resulting in layoffs. If a corporation cannot cover the cost via layoffs, it will eventually go bust and shut down, causing further unemployment. The situation begins to trickle outward as more individuals leave the workforce, resulting in less discretionary income for individuals to spend on goods and services. Moreover, pessimistic investors begin to sell their equity positions, ushering in a bear market and decimating corporate valuations in many cases.

The position that the Fed finds itself in today, in which it is artificially boosting the market by suppressing rates, means that it faces a risk in terms of its ability to be a lender of last resort and provide the economic stability that it was designed to provide. After all, even considering last week’s sell-off, markets remain near multi-year highs and remain sensitive to news and even minor disruptions. One slipup from the Fed in monetary policy or a statement by the chairman that questions its ability to perform its role could possibly lead the entire market into a long, sustained sell-off. As a result, the Fed is walking on thin ice while telling the public that it’s standing on a rock-solid foundation.