Iran’s Gold Rush Seeks to Insulate Economy from US Sanctions

Iran is stepping up production of precious metals to cushion its economy against the effects of new US sanctions which have triggered a flurry of panic buying of gold by some citizens.

IMIDRO says it signed a memorandum of understanding with a private company with the aim of “increasing employment, creating added value for local communities, and ultimately achieving the goals of a resilient economy”.

The “resistive economy” is a concept originally proposed by Leader of the Islamic Revolution Ayatollah Seyyed Ali Khamenei to promote economic self-reliance and insulate Iran’s economy from external pressures, especially the US.

The US decision in May to impose sanctions targeting Iran’s trade in gold and other precious metals sparked a 200% jump in demand for gold bars and coins, after which the national currency lost more than half of its value.

According to the World Gold Council, bar and coin sales in Iran tripled to 15.2 tonnes in the second quarter, the highest in four years. Analysts say demand for physical gold will stay strong and even increase for the rest of the year.

The gold rush in Iran comes even as global demand for gold bar and coins remains flat.

In the Middle East, Iran accounted for about three-quarters of demand for bars and coins in the second quarter, up from less than half of the region’s usage in 2017 and just 15 percent in 2016,  the World Gold Council data showed.

Interestingly, Iran led the slump in demand for gold jewelry in the region with a 35% drop to 6.6 tonnes in the second quarter.

Iranians, instead, channeled their demand into physical gold investment products like bars and coins which unlike gold jewelry are VAT-exempt.

There have been cases of hoarding. Last week, Iran hanged the “sultan of coins” who had reportedly been caught with 2 tonnes of coins.

He had set up a “corrupt network, disrupting the country’s economic, foreign currency and monetary system by carrying out illegal transactions and major smuggling of foreign currencies and coins”.

The government seems to have taken note, lining up a slew of plans to tap the country’s potential resources. 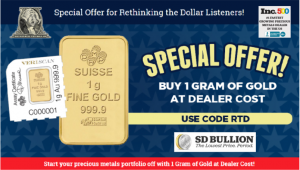 Iran possesses an estimated 340 tonnes of gold deposits, along with huge quantities of zinc, copper and iron.

According to statistics from the Ministry of Industry, Mining and Trade, there are three standard gold mines with proven reserves of more than 100 tonnes each. Twelve other sites have reserves either close to or much lesser than a standard mine.

However, officials believe many gold mines have not been discovered yet and with more exploration, total reserves of 1,000 tonnes are not unthinkable.

Small-scale mining sites hold the key to the quest. For instance, Muteh mine in the central Isfahan province operated with annual production of 230 kilos for years but it hit record 600 kilos last year after receiving throughput from several smaller mines in the province.

Takab in northwest Iran is the golden hub of Iran, where two of the country’s three biggest gold mines are located, including Zarshuran with 110 tonnes of reserves.

Dubbed as “the golden giant of Iran”, Zarshuran is expected to hit a production milestone of 1 tonne this year and 3 tonnes in the next three years.

Aq Darreh, also in Takab, operates with 2.2 tonnes of gold a year and Sari Gunay in the western city of Qorveh is being tapped by a Kazakh miner under a 7–year contract for a production plateau of 2 tonnes and ultimately 4 tonnes a year.