Iowa Shows Us The Left Shouldn’t Be Governing America 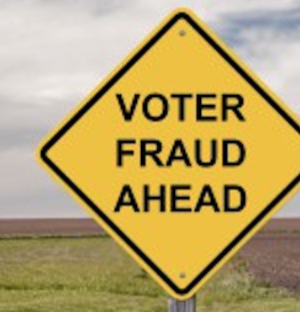 – The ‘Bernie Or Bust’ Crowd Pushing Gulags For MAGA Supporters A Great Reason To Prepare!

According to this new story over at Zero Hedge, on January 31st after publishing an article questioning the involvement of a Chinese scientist in the deadly coronavirus outbreak, they were permanently banned from twitter. Just the latest independent media outlet to be banned by one of the big-tech platforms which think that by censoring independent voices and news, they’ll be able to help Democrats ‘steal’ the 2020 election, we’ve gotten more and more signs over the last several days that Democrats/globalists are growing desperate and may resort to any means necessary to stave off their well-deserved fall into complete obscurity.

As the American Thinker reported in this February 2nd story, with the entire impeachment snafu having blown up in Democrats faces and no clear leader anywhere to be found within the party only 9 months away from the election, not only are their chances of winning the 2020 election growing more dim by the day but there is probably a long list of Democrats who should face indictments and trials for a host of crimes, including treason and/or sedition. And desperate people to dangerous things. From the American Thinker story.:

It appears that the long-running farce of an impeachment process may finally be coming to a well deserved end. On Wednesday, February 5, the impeachment without a crime will see the Senate voting yea or nay on the two articles. That vote will bring to a conclusion a three-year ordeal of continual lies, shredding of the Constitution, and malicious and unsubstantiated attacks. It will expose a long list of people who should be charged and prosecuted for various felony crimes including perjury, lying to federal investigators, fraud, and presenting false evidence to a federal court.The bigger question is, where do the Democrats go from here? Even their own delusional polls show their candidates either losing to President Trump or ahead by low single digits, which, as experience bears witness, means they are really losing by double digits.No leadership has emerged among their presidential field. In fact, quite the opposite is true. Each passing day demonstrates more clearly that there is not a leader among them. Biden is dropping like a rock. While some of the polls show Sanders to be rising, that is an illusion reflecting only the far, far left ideologues. Sanders is a grouchy old man with all the charm of Karl Marx. Imagine any electoral base pulling together for him. Warren, like Sanders, is completely lacking in any human likability factor and is nearly as far left. She has a tractor trailer load of credibility problems.

And with the Democratic party quite literally imploding before our very eyes on Monday night with the Iowa caucus an ‘unmitigated disaster’, Bernie Sanders voters turning against the Democrat party as Susan Duclos had reported in this new story and nobody anywhere on that side that looks like they’ll have any chance to beat President Trump in November, what can the DNC do to turn things around for Democrats, if anything?

With Bernie Sanders looking more and more like the only possible Democrat who’ll be able to win in 2020 due to the fact that millions of young Americans will abandon the democrats should Bernie not be their choice, and some ‘normal’ Democrats having nothing to do with Bernie or socialism hinting that some might even vote for President Trump rather than Bernie, we’ve gotten a bunch of other signs over the last few days of what Democrats might do should they somehow win in November and ‘gulags to re-educate MAGA supporters’, gutting the independent media and criminalizing journalism are just a few of the ideas being tossed around by the left.

(ANP EMERGENCY FUNDRAISER! Following Susan Duclos’ recent heart attacks and hospitalization, All News Pipeline will need some financial help in the days ahead. So if you like stories like this, please consider donating to ANP to help keep us in this ‘Info-war’for America at a time of systematic censorship and widespread corruption.)

As the American Thinker story went on to report, a desperate person will do almost anything and with Democrats and the mainstream media lying to the American people for years now and a sort of ‘awakening’ taking place within the Democrat party thanks to Iowa and the DNC’s ‘war on Bernie Sanders’, with Bernie fans screaming Bernie or Bust while the DNC launches a ‘stop Bernie or Bust’campaign, it’s time for Patriots and Republicans to ‘pour it on’ as we move in February at a turtle’s pace towards November because soon it’ll be turning into a mad dash to the finish line.

Also warning within their story of the very real potential of violence coming from the far-left Bernie crowd should Bernie not be the Democrat nominee or he get the nomination and then lose in November to President Trump, we’re reminded also that Democrats are experts at cheating at elections and as this new Mint Press News story points out, following the debacle in Iowa, a ‘failed 2020 election’is being set up.  First, from the American Thinker story.