Inflation Is a Form of Embezzlement 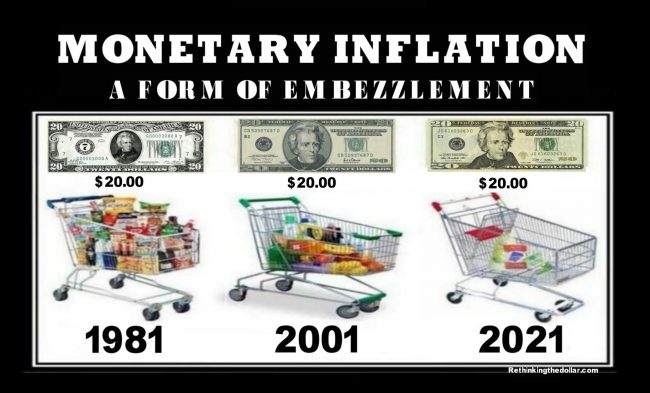 Monetary inflation is just a type of embezzlement. Historically, inflation originated when a country’s ruler such as king would force his citizens to give him all their gold coins under the pretext that a new gold coin was going to replace the old one. In the process of minting new coins, the king would lower the amount of gold contained in each coin and return lighter gold coins to citizens.

Because of the reduced weight of gold coins that were returned to citizens, the ruler was able to generate extra coins that were employed to pay for his expenses. What was passing as a gold coin of a fixed weight was in fact a lighter gold coin. On this Rothbard wrote,

More characteristically, the mint melted and re-coined all the coins of the realm, giving the subjects back the same number of “pounds” or “marks”, but of a lighter weight. The leftover ounces of gold or silver were pocketed by the King and used to pay his expenses.1

What we have here is an inflation of coins, i.e., an increase in the quantity of coins brought about by the ruler making the gold coins lighter. The extra gold coins that the ruler was able to generate enabled him to channel goods from citizens to himself. 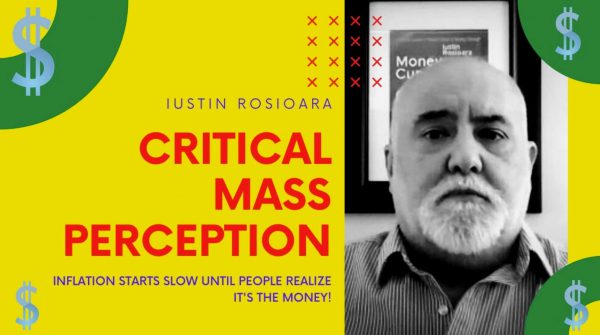 The issuer of unbacked receipts could now engage in an exchange of nothing for something. This produced a situation where the issuers of the unbacked receipts diverted goods to themselves without making any contribution to the production of those goods.

In the modern world, money proper is no longer gold but rather coins and notes in circulation; inflation in this case is an increase in the supply of this type of money. The increase in the supply of money creates an exchange of nothing for something. This amounts to the diversion of real wealth from wealth generators to the holders of newly increased money. Also, note that in the modern world banks are issuing demand deposits that are partially backed by money. This is labelled as fractional reserve banking.

To avoid being blamed for the nefarious consequences of inflation, the government and its henchmen resort to a semantic trick. They try to change the meaning of the terms. They call “inflation” the inevitable consequence of inflation, namely, the rise in prices. They are anxious to relegate into oblivion the fact that this rise is produced by an increase in the amount of money and money substitutes. They never mention this increase. They put the responsibility for the rising cost of living on business. This is a classical case of the thief crying “catch the thief”. The government, which produced the inflation by multiplying the supply of money, incriminates the manufacturers and merchants and glories in the role of being a champion of low prices.2 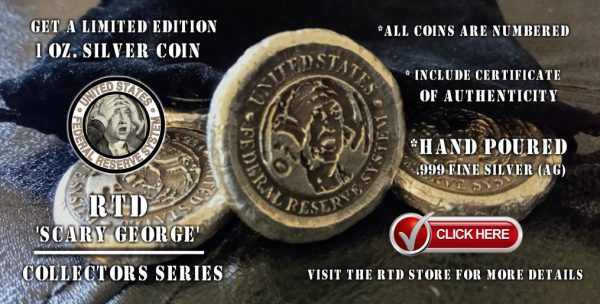 Once money enters a particular market,  more money is paid for a product in that market. Alternatively, we can say that the price of a good in this market has gone up. (Note, again, that a price is the number of dollars per unit of something.)

Observe that when money is injected it enters a particular market. Once the price of a good has risen to the level where it is perceived as fully valued, the money goes to another market which is considered undervalued.

The shift of money from one market to another market is not instantaneous; there is a time lag from increases in money and its effect on the average price increases.

What Is the Present Status of Inflation?

So what is the present status of inflation? Again, by popular thinking, as depicted by the yearly growth rate in the Consumer Price Index (CPI), inflation stood at 5 percent in May against 4.2 percent in April and 0.1 percent in May 2020.