How Trump Made the Federal Courts Blink 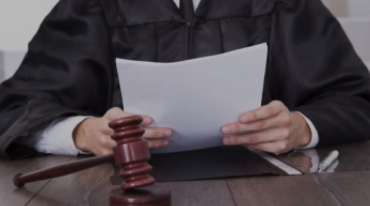 A quick back-and-forth occurred over the last week between President Trump and the nation’s federal judges.  After lying to Attorney General Barr about seeking a minimum sentence, the prosecutors in the Roger Stone case (including two from the Mueller Crew) entered a harsh sentencing recommendation that he serve a decade behind bars for lying to Congress.

President Trump rightly criticized the prosecutors for their double standard in persecuting one of his political allies while leaving Hillary, Huma, Brennan, Clapper, Comey, McCabe, and countless others free to lie, destroy evidence, and obstruct investigations with impunity.

The president lit into Judge Amy Berman Jackson while Twitter-jousting by noting that she had not only presided over this political prosecution, gagging Roger Stone in the process, but also allowed the malicious prosecution of the president’s former campaign chairman, Paul Manafort, denying him bail and leaving him in solitary confinement during his trial.

Well, the Deep State collectively fainted.  The four lying prosecutors resigned (as if they had planned this theatric episode beforehand).  The press called President Trump a dictator.  And the leadership of the 1,100-member Federal Judges Association called for an “emergency meeting” that simply “could not wait.”  Clearly, the Judicial Branch was gearing up for an unprecedented rebuke of the sitting president.

A funny thing happened, however, on the way to the courthouse.  Two things, actually.  First, the jury forewoman in Stone’s case outed herself as a die-hard Democrat who despises President Trump and his supporters as well as a former congressional candidate and far-left activist who still buys into the Russian collusion scam.  She came out to defend the honor of the prosecutors in Stone’s case but ended up revealing that, while Judge Jackson silenced Roger Stone from speaking to the public during his trial, the forewoman of the jury was busy posting daily anti-Trump polemics.

Second, rather than cowering in intimidation, President Trump took the opportunity of an “emergency meeting” of the federal judges to publicly ask that they look into the well documented FISA Court fraud and the Judiciary’s role in perpetrating the greatest political scandal in our nation’s history: President Obama’s use of the CIA and FBI to spy on the campaign of a presidential candidate from the opposing party and the subsequent use of such criminally obtained information to launch the Mueller probe and overturn the result of the 2016 election.

By J.B. Shurk for American Thinker