How the Next Global Financial Collapse Will Unfold 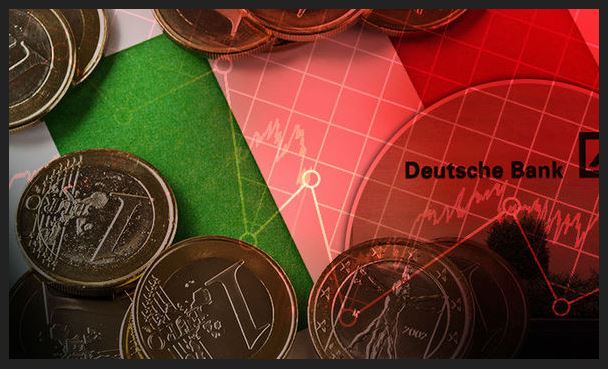 Italy is an amazing country with a long history, outstanding food, great wines, and unsurpassed culture. But it’s facing an economic and political crisis that will lead to a global financial collapse.

Italy’s government owes its creditors more than $2.5 trillion. That amounts to 133% of Italy’s GDP — the fourth highest in the world.

Italy, along with 18 other countries, is part of the eurozone. The countries in the eurozone promised to abide by the “convergence criteria” of the Maastricht Treaty of 1992 when they joined. The criteria include:

Based on these requirements, several members of the eurozone should never have been admitted. I explained in this essay how Greek politicians engaged in sleights of hand such as not counting military spending as a government expenditure to qualify. Italy’s admission to the eurozone was similarly problematic. As with Greece, the rules were relaxed after it became obvious that Italy couldn’t meet the convergence criteria.

Italy became one of the founding members of the Eurozone on January 1, 1999. Mario Draghi, then Director General of the Italian Treasury, said he “believed in his soul” that the euro would force Italy to put its financial house in order.

It didn’t happen. And Draghi, now President of the European Central Bank (ECB), must work with Italian politicians who are increasingly hostile to the fiscal constraints of the euro.

I understand why Italy doesn’t want to impose the economic discipline the euro’s convergence criteria demands. Since it joined the eurozone, economic growth has stagnated. Per capita income in Italy is barely above its level two decades ago. In the meantime, per capita income has grown 28% in Germany and 17% in France.

Italy is now in the process of forming a new government which will consist of the Democratic Party, led by Nicola Zingaretti and the populist Five Star Movement, headed up by Luigi Di Maio. Both parties want to renegotiate the EU rules restricting budget deficits. If the EU won’t go along, Five Star has proposed calling a nationwide referendum on whether Italy should remain in the eurozone.

Another powerful player in Italian politics is Matteo Salvini, leader of the right-wing League party. He triggered the current political crisis when he withdrew the League from the previous governing coalition with Five Star. Salvini believes that Italy needs a “fiscal shock” to spur economic growth. He wants to introduce a parallel currency to the euro that Italy could create out of thin air and use to pay its bills.

Former Prime Minister Silvio Berlusconi and his Forza Italian party want Italy to introduce a two-tiered currency. Italy would relaunch some version of the lira for domestic use but continue to use the euro internationally. Berlusconi believes the domestic lira would fall sharply in value against the euro and when it does, Italy’s economy would begin growing again.

None of Italy’s political leaders are willing to play by the ECB’s rules. If the ECB tries to enforce them, Italy could pull out of the euro. And that will lead to a global financial crisis that dwarfs the one we experienced a decade ago.

The crisis could be triggered by the European Commission (EC) refusing to approve Italy’s budget. Italy managed to get its 2019 budget approved by promising to reduce spending and make structural reforms. Of course, that didn’t happen. So the EC has now threatened legal action against the country. And the EC must also approve Italy’s 2020 budget, which currently calls for lower taxes, a more liberal pension policy, and a guaranteed income for families.

This should sound familiar. Italy’s jockeying with the ECB resembles the negotiating strategy Greece used in 2015 when it faced its own debt crisis. Greece threatened to leave the EU and reintroduce the drachma if it wasn’t allowed to flout the euro’s rules for fiscal discipline.

In the end, the EU convinced Greece to embark on a fiscal austerity plan in exchange for debt relief. The results were disastrous – a true Greek tragedy. Greece’s economy shrunk by 25%, home prices fell 40%, and hundreds of thousands of Greek citizens left the country.

Why the Problem is So Serious

Italy’s politicians don’t want to repeat the Greek tragedy. And they have a lot more leverage than Greece had.

Italy’s economy is 10 times larger than Greece’s. If the EC sanctions Italy for budget-busting or doesn’t approve its 2020 budget, the country could leave the euro or default. And that will be a catastrophe for the entire world.

If Italy reintroduces the lira, its value will plummet against the euro instantly. And that will make it even harder for the country to pay back its gargantuan debts, which are primarily euro denominated. A default is inevitable.

A big chunk of that debt – nearly €400 billion – is held by the ECB. If Italy can’t or won’t repay it, the ECB will have to divide its losses among other eurozone members. Germany, for instance, would have to pony up €120 billion. That amounts to about 3.5% of Germany’s GDP. Greece would take a hit equivalent to nearly 7% of its GDP.

Read the rest of the article here…