How GE Screwed Over Its Retirees 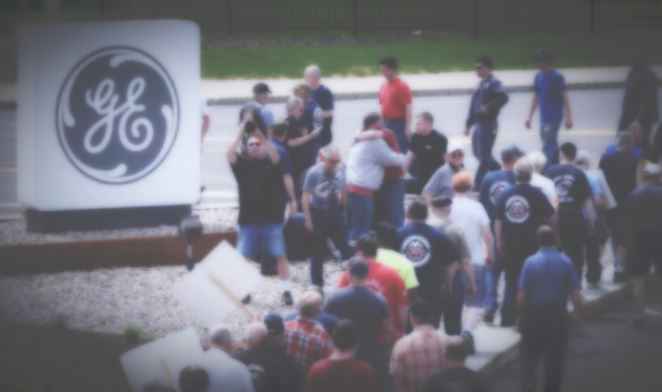 That is the kind of plan in which the employer guarantees the worker a set monthly benefit for life. They are increasingly scarce except for small closely held corporations.

The same rules apply for small closely held businesses as for large corporations.

These plans can be great tools for independent professionals and small business owners. But if you have thousands of employees, DB plans are expensive and risky.

The company is legally obligated to pay the benefits at whatever the cost turns out to be, which is hard to predict.

The advantage is you can use some hopeful accounting to set aside less cash now and deal with the benefit problems later. The problem is “later” comes faster than you would like, and procrastination can be a bitch.

That Brings Us to the Lesson for Today

On October 7, General Electric (GE) announced several changes to its defined benefit pension plans. Among them:

The first part of the announcement is growing standard. But the second part is more interesting, and that’s where I want to focus.

Suppose you are one of the ex-GE workers who earned benefits. As of now, GE has promised to give you some monthly payment when you retire. Say it’s $1,000 a month.

What is the present value of that promised income stream? It depends on your life expectancy, inflation, interest rates and other factors. You can calculate it, though. Say it is $200,000.

Is GE offering to write you a generous check for $200,000? No. We know this because GE’s press release says:

Company funds will not be used to make the lump sum distributions. All distributions will be made from existing pension plan assets in the GE Pension Trust. The company does not expect the plan’s funded status to decrease as a result of this offer. At year-end 2018, the plan’s funded ratio was 80 percent (GAAP).

So GE is not offering to give away its own money, or to take it from other workers. It is simply offering ex-employees their own benefits earlier than planned. But under what assumptions? And how much? The press release didn’t say.

If that’s you, should you take the offer? It’s not an easy call because you are making a bet on the viability of General Electric.

The choice GE pensioners face is one many of us will have to make in the coming years. GE isn’t the only company in this position.

When GE says its plan is 80% funded under GAAP, it necessarily makes an assumption about the plan’s future investment returns.

So over a decade they went from staggeringly unrealistic down to seriously unrealistic. They still assume that every dollar in their pension fund will grow to almost $4 in 20 years.

That means GE’s offered amounts will probably be too low, because they’ll base their offers on that expected return.

GE hires lots of engineers and other number-oriented people who will see this. Still, I doubt GE will offer more because doing so would compromise their entire corporate viability, as we’ll see in a minute.

GE has $92 billion in pension liabilities offset by roughly $70 billion in assets, plus the roughly $5 billion they’re going to “pre-fund.”

But that is based on 6.75% annual return. Which roughly assumes that in 20 years one dollar will almost quadruple.

What if you assume a 3.5% return? Then you are roughly looking at $2, which would mean the pension plan is underfunded by over $100 billion—and that’s being generous.

This is why GE and other corporations, not to mention state and local pension plans, can’t adopt realistic return assumptions. They would have to start considering bankruptcy.

If GE were to assume 3.5% to 4% future returns, which might still be aggressive in a zero-interest-rate world, they would have to immediately book pension debt that might be larger than their market cap.

GE chair and CEO Larry Culp only took over in October 2018.

We have mutual friends who have nothing but extraordinarily good things to say about him. He is clearly trying to both do the right thing for employees and clean up the balance sheet.

He was dealt a very ugly hand before he even got in the game.

GE needs an additional $5 billion per year minimum just to stave off the pension demon. That won’t make shareholders happy, but Culp is now in the business of survival, not happiness.

That is why GE wants to buy out its defined benefit plan beneficiaries. Right now, the company is on the wrong side of math.

It doesn’t have anything like Hussman’s 31X the benefits it is obligated to pay. Nor do many other plans, both public and private. Nor does Social Security.

To be clear, I think GE will survive. Its businesses generate good revenue and it owns valuable assets. The company can muddle through by gradually bringing down the expected returns and buying out as many DB beneficiaries as possible. But it won’t be fun.

Pension promises are really debt by another name. The numbers are staggering even when you understate them. We never see honest accounting on this because it would make too many heads melt.

If I am a GE employee who is offered a buyout? I might seriously consider taking it because I could then define my own risk and, with my smaller amount, take advantage of investments unavailable to a $75 billion plan.