How Crypto Could Bring Tax Evasion to the Masses 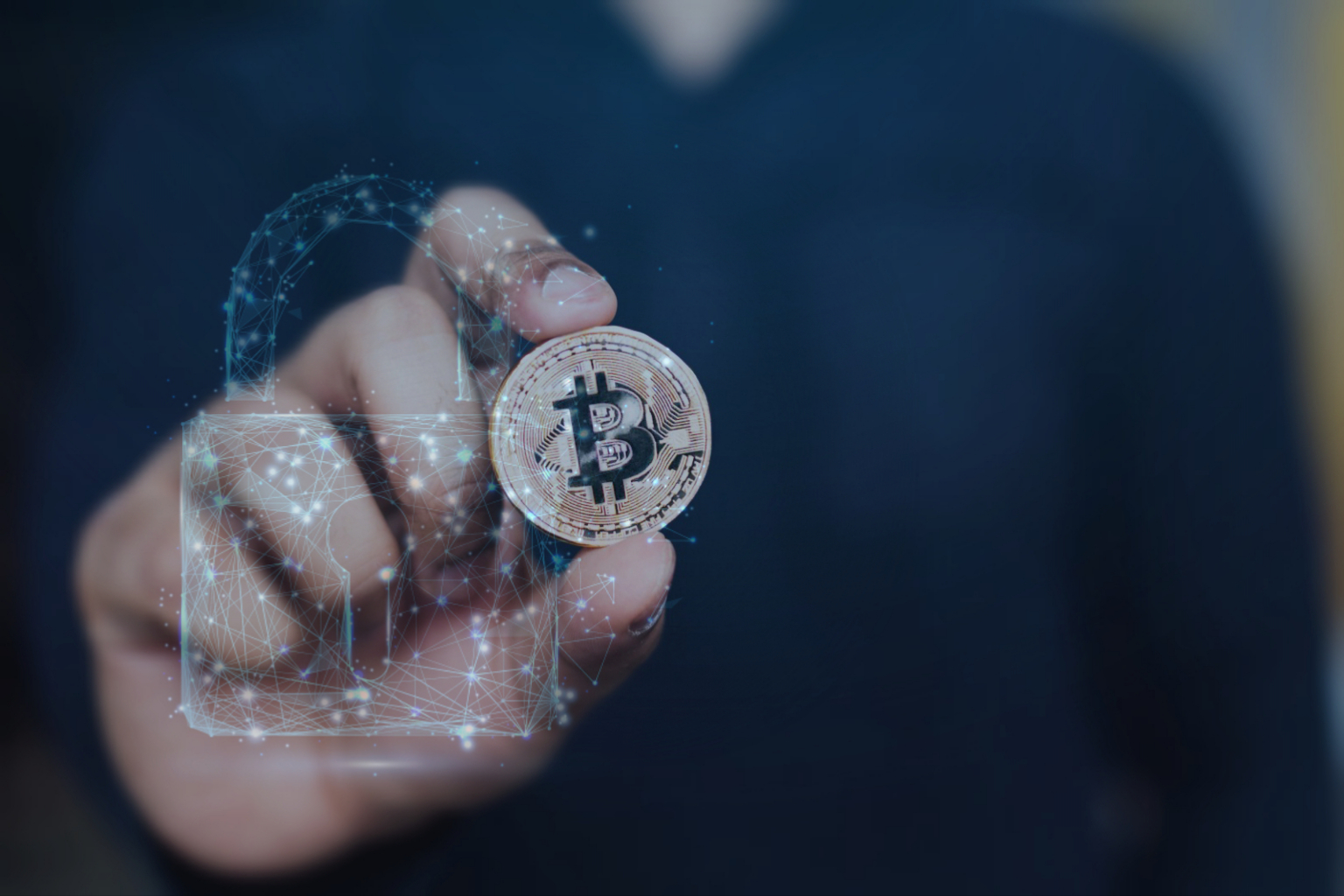 Loopholes in lending laws are allowing cryptocurrency users to escape taxes — and the government can’t keep up.

Wealthy families and merchants first conjured up the idea of offshore banking in 19th century Europe, seeking a place to store funds away from tax-hungry governments in the aftermath of the Napoleonic wars. Since then, it’s been a race to the bottom. Over the course of the last two centuries, deregulation and lenient financial laws have allowed the rich to tread the fine line between legal tax avoidance and illegal tax evasion.

But blockchain, which first emerged as a concept in 2008, is now offering ordinary people the same possibilities. Using cryptocurrency, anyone with a little technical know-how can open what is effectively the equivalent of an offshore bank account — albeit offshore in cyberspace.

On the genesis block — the first block ever mined on the bitcoin blockchain — an ominous message was inscribed: “The Times 03/Jan/2009 Chancellor on brink of second bailout for banks.”The words foreshadowed the development of an asset that would provide an alternative to centralized banks. For a time afterwards, bitcoin became the de facto darknet currency, at least until traders realized that because every transaction on the open blockchain is tied to a public address, meaning that the cryptocurrency is actually far less suitable for illicit transactions than the briefcases full of anonymous paper currency favored by gangsters.

A cluster of competing coins that offered enhanced privacy features came to market in 2014, including Monero and Verge; Zcash launched in 2016. These blockchain-based currencies were not only decentralized, but effectively invisible, leaving no trace of transactions. To many of their supporters, these anonymous currencies were seen as an antidote to the kind of surveillance capitalism developing in China.

In this version of the future, platforms like WeChat, or eventually Facebook, might have a direct window into your financial data, tracked spending habits can be used as marketing data, and the privilege of being able to pay for things could be revoked in much the same way that social media dissidents can be deplatformed and canceled overnight.

Using cryptocurrency, anyone with a little technical know-how can open what is effectively the equivalent of an offshore bank account — albeit offshore in cyberspace.

“Nonprofits accept donations in Zcash a lot,” says Zooko Wilcox-O’Hearn, an American computer security specialist and Zcash’s creator and CEO. “One reason for that is that donors often prefer privacy when donating. Another is that if a business wanted to use a blockchain or cryptocurrency, either way, for business transactions, they would require privacy. It wouldn’t be acceptable legally or in business considerations to broadcast their transactions to the world.”

But while privacy coins might offer an alternative to surveillance capitalism, they also allow funds to be concealed for more nefarious causes. Crypto enthusiasts are increasingly learning how best to hide assets from divorcing spouses, debt collectors — and the taxman.

A series of horrible boating accidents

Anyone venturing on to Crypto Twitter in late 2017 could be forgiven for concluding that cryptocurrency fans share a common interest in water sports. When Monero founder Riccardo Spagni tweeted that he had lost all of his cryptocurrency in a “series of horrible boating accidents,” a meme was born — and one that gradually spread as other crypto stars claimed to have lost funds in similarly spurious events.

And who can dispute it? Losing the complex codes that control digital assets is easy to do, and according to blockchain forensics firm Chainalysis, around 4 million bitcoins have been accidentally sent into the black hole since the cryptocurrency’s inception. While these “hodlers” are still figuring out how secure digital assets prone to theft and loss, governments are creating regulations to try and prevent misuse. But in their haste, they have left open a loophole that allows bold investors to avoid tax — completely legally.

According to the IRS, both crypto-to-crypto transactions and crypto-to-cash transactions are taxable events — an unwelcome expense for many traders and investors. Not only are long-term hodlers subject to the same tax rules that govern property, like furniture or collectible coins, but short-term traders must pay tax each time that a virtual asset is swapped for another.

During the bear market of 2018, when bitcoin fell almost 80%, this cost became too much for many to consider, and fueled the growth of a new part of the crypto ecosystem: lending.

Instead of selling cryptocurrency and creating a taxable event, these investors turned to a rapidly growing breed of crypto lenders, placing their bitcoin, or Ethereum, under their custody, and using it as collateral to buy even more cryptocurrency or borrow cash. The idea is not new, but until now, this way of lending against assets has only been available to those with significant holdings. Unfettered by regulations, crypto lenders are able to offer instant loans from only $500, significantly lowering the barrier to borrowers willing to take the risk.

Exactly how long this wild west of finance can last is unclear. The IRS hasn’t yet addressed crypto lending, and while global regulators might have been willing to turn a blind eye to offshore bank accounts, privacy coins are attracting a more proactive approach.

Cryptocurrency-friendly Japan — which pushed ahead with regulation that made bitcoin legal tender in 2017 — has taken a hard-line stance. Authorities there are pressuring exchanges to pull privacy focused-coins, and actively pursuing tax evaders who have failed to declare at least 10 billion yen (more than $90 million) in crypto income over the last few years.

Regulators elsewhere are gathering forces. Speaking at the G20 communique in 2018, U.S. treasury secretary Steven Mnuchin called for anonymous financial transactions to be stopped, urging the world’s largest economies to come together to prevent privacy coins from becoming the next “Swiss bank account.” Since then, tax authorities have banded together to pursue borderless cryptocurrencies, with five of the world’s biggest economies joining forces under the J5banner to investigate this method of tax evasion.

But while regulators scramble to find a solution, the technology races ahead. To close the gap, authorities are now building relationships with exchanges and forensic firms that can offer a deeper glimpse into the crypto ecosystem.

Crypto enthusiasts are increasingly learning how best to hide assets from divorcing spouses, debt collectors — and the taxman.

Coinbase, which is widely regarded as the first entry point for crypto newbies, surrendered details of 13,000 customersto the IRS last year for the pursuit of unpaid taxes. But even if bitcoin is bought on the exchange, it can be “tumbled” through third-party services to sever the link between buyer and seller, and then cashed out in jurisdictions with lax anti-money laundering rules, or used to buy privacy coins that are harder to trace.

Coins with optional privacy can be tracked, says Dave Jevans, the CEO of the blockchain detective firm CipherTrace, but those where “privacy features are on by default” are “much more difficult.” For anyone that can crack the code and trace these coins, the bounty is expected to be high. Desperate to find a cure, the U.S. Department of Homeland Security has already published a pre-solicitation documentcalling for technology that can follow the trails left by privacy coins like Monero and Zcash.

But even as the authorities whack down the mallet, the mole is sure to pop up in another hole. And the next generation of privacy coins — built on a protocol named “Mimblewimble” afterthe “tongue-tying curse” in the Harry Potterbooks — are already promising faster transactions, even higher levels of privacy, and immunity from the scaling problems that have slowed down bitcoin’s progress.

The fight over privacy then, might have only just begun. According to some — like controversial security engineer turned crypto advocate John McAfee — the outcome is already assured. After claiming in January that he hasn’t filed taxes for eight years, the fugitive tweeted from his yacht hideout that “my Crypto goals drive the IRS mad. Privacy coins will obsolete income taxes.”