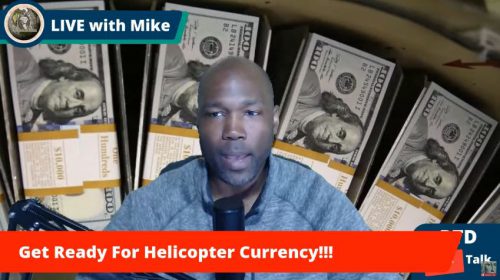 Even as millions of Americans wait for stimulus checks, a proposal is being floated to pay them even more.

The bill, known as the Emergency Money for the People Act, would issue monthly payments of $2,000 to individuals and families for six months, or until the U.S. economy recovers from the coronavirus outbreak.

It was introduced on Tuesday by two Democratic lawmakers who believe the one-time $1,200 payments distributed through the CARES Act, though a step in the right direction, don’t go far enough.

“A one-time, twelve hundred dollar check isn’t going to cut it,” said Rep. Ro Khanna, D-Calif., one of the bill’s sponsors. “Americans need sustained cash infusions for the duration of this crisis in order to come out on the other side alive, healthy and ready to get back to work.”

It’s unclear whether the measure will gain the support it needs to clear Congress or how much it could potentially cost.

The $2 trillion measure passed last month contained billions in financial aid for people and businesses hurt by the outbreak. Yet it has been criticized for shortcomings involved in its rollout.

Khanna and Rep. Tim Ryan, D-Ohio, said their proposal would address those issues. Unlike the CARES Act, for instance, the bill would issue payments to college students and people with disabilities even if they are claimed as dependents.

The new legislation would also take into account the number of people without bank accounts or physical addresses and issue payments through a range of ways such as direct deposit, checks, pre-paid debit cards and mobile apps.

“Many Ohioans are just receiving — or about to receive — the first cash payment we passed in the CARES Act,” Ryan said. “Now it’s time for Congress to get to work on the next step to provide relief for those who have been hardest hit in this pandemic.”

The legislation would keep the monthly payments flowing for at least six months, or as long as it takes for the U.S. employment-to-population ratio to return to January’s benchmark of 60 percent.

Under the proposal, the payments would not be considered income, so they would not affect recipients’ eligibility for state or federal income-based assistance programs.