Greenspan Expects the US to Embrace Negative Interest Rates. Here’s Why That Would be “Catastrophic.” 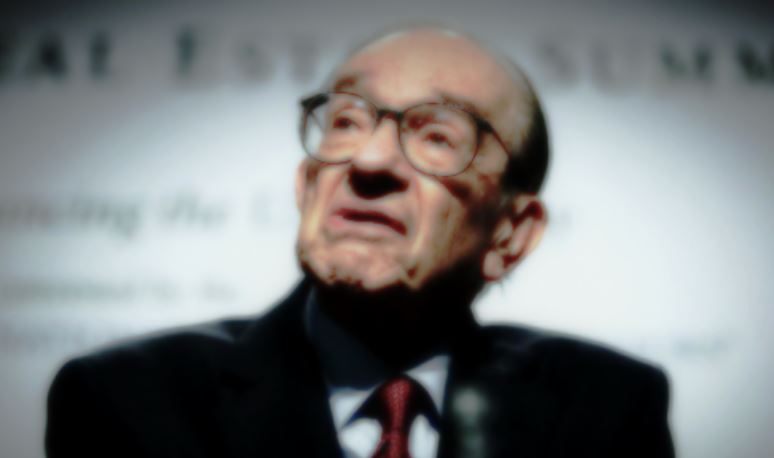 One’s own bookcase provides the perfect illustration of time preference, which is the greater value of possession over non possession. There will be books bought on a whim which just clutter a bookshelf and have no value. Next time there’s a clear-out, they are destined for the charity shop: there’s no difference in time value, being worthless to the owner today and in the future.

Then there are the first editions, which have a commercial value. Books in this category will have a high current value to you compared with their non-possession. But perhaps the books with the highest personal value are the ones that have little value to anyone else: that battered copy of Wren’s Beau Geste, or the translation of Hoffmann’s Struwwelpeter read to you when you were a child. You may have even visited the museum in Frankfurt dedicated to Hoffmann and his famous book of moral tales for children. The value of these books in possession is far greater than their absence, even though you rarely open their pages.

This is the basis of time preference: the greater value placed on possession than non-possession. The books with sentimental value will have very little value to anyone else, other booklovers having their own favourites. Everyone’s time preferences are different. In economic terms, we express these varying values in terms of the difference between a current value in possession and the value of non-possession, but the certainty of repossession at a future time. The discounted value of the future possession is normally expressed as an interest rate on the monetary value today.

Assuming free market prices, in theory nearly everything of value has a time preference, an interest rate. That is, anything people value more in their immediate possession than the promise of ownership at some stage in the future. A future value, with very few exceptions, is always less than that of current ownership, and it is the difference between the two that is given to a current owner in one form or another to part with possession for a defined period of time.

The only examples that go against time preference are special cases. For example, an individual might forgo a decent salary today, in order to study so that he or she can earn more after passing a professional exam. In this case, the value of a current earnings stream is rejected in favour of potentially better prospects later. Or the philanthropist, who lends artworks for free to a public gallery so that a wider audience can appreciate them (but perhaps he does have a reward — to be thought of as a generous philanthropist and pillar of society).

The proxy for valuing time preference on goods is money, and the way it is normally expressed is as a money-rate of interest, often termed the originary rate. The originary rate of interest can be specific, assessed and applied in a single transaction such as obtaining the temporary use of a machine for a defined time. It can be a consolidated rate through the application of savings, reflecting the time preferences of the many goods and services whose possession is temporarily deferred by the saver.

Time preference is just the core consideration behind an interest rate. There will be other interest elements in addition, such as the trustworthiness and financial record of the borrower. But for the individual who has sacrificed the immediate satisfaction of spending the money put aside as savings, the time preference element will reflect the discounted future values of the goods and services that otherwise would have been purchased.

As well as time preferences reflecting baskets of specific goods and services, individuals will personally have different time preferences as well, as illustrated with the example of a personal library. But as is the case with any value, it is the marginal rate which is usually accepted as the market rate of interest, and therefore indicates the overall value of time preference within it. In addition, an interest rate must be greater than the sum of the originary rate and the compensation for all perceived lending risks, in order to create savings flows to feed investment.

This being the case, why is it that in financial markets, the forward price of something at a future date is usually higher than the present? The answer is simple: forward prices are not for possession, but for extending non-possession. Instead of being obliged to pay for possession today, a futures or forward price allows an individual to hang on to money for longer, rather than part with it now. And, assuming free markets set interest rates, with money’s time preference being greater than that of the average consumer item (in order to create savings flows referred to above), plus the addition for financial risk compensation, it should always be higher than the pure time preference applied to the underlying commodity, item or even just a title to ownership.

Therefore, higher prices for future deliveries of commodities and titles to ownership in financial markets are principally a reflection of money’s time preference, plus the risks associated with change of its ownership. To this should be offset the specific time-preference for individual commodities, but so long as they are in adequate supply, they will not be relatively significant compared with that of money.

This means the financial representation of time in a futures or forward contract in a properly functioning market is normally a positive cost. This condition is termed contango. We must also allow for the relative demand and supply characteristics of the underlying security between Date 1 and Date 2, which may temporarily lift a commodity’s time preference above that of money. If demand characteristics are such that the value of an immediate delivery overrides money’s time preference, then we have a backwardation. For example, there may be an acute shortage currently but supplies of the commodity in question are expected to be more plentiful at a future date. Backwardation is a temporary condition, and not the normal situation in financial markets.

To summarise so far, time preference tells us, except in a few specific cases, that the underlying or originary interest rate on money, which represents the time preference in all goods and services, must always be positive and include an extra margin to ensure savings flows occur. Furthermore, this is the basis for all pricing in financial markets for deferring delivery or settlement, which is called contango. In normal markets, backwardations are always unnatural and temporary, reflecting an excess of demand over supply for an earlier date over a later, but is never a general condition.

The reason it is vital to grasp the meaning and implications of time preference is to show that negative interest rates are unnatural, and do not accord with human action. It might not be obviously disruptive to financial markets when a central bank, whose currency is not the reserve currency, imposes a relatively minor negative rate on its commercial banks’ reserves. After all, a commercial bank will still charge its borrowers a positive rate, even though it may have to be imaginative when it comes to keeping depositors happy. But this is beginning to change, with both governments and large corporates now being able to issue bonds at negative rates. As we have seen from our discourse on time preference, this is a significant distortion from normality, indicating bond markets expect yet deeper negative rates in the currencies concerned.

In managing interest rates, the assumption central bankers make is that interest is the price of money. This is wrong for the reasons argued above. But instead of realising that deeper negative rates will not promote economic recovery in accordance with a cost of money approach to economic management, central banks’ economic models predict deeper negative rates are necessary in the event that a significant recession materialises.

However, this is new territory for policy makers, and they are naturally cautious about the prospect of deeper negative rates. Deeper negative interest rate policies will almost certainly be preceded or accompanied by quantitative easing, which allows a central bank to anchor term rates and government bond yields at the zero bound or even in negative territory. If the world faces a global recession, monetary expansion is likely to be the only course of action open to central banks, and deeper negative rates will become central to monetary policy if a recession persists.

With the expansionary phase of the credit cycle demonstrably running out of steam, history tells us that not only are we overdue a crisis in bank credit, but the tariff war between China and America will probably synergise with the cyclical downturn in the credit cycle to trigger a slump on a scale not seen since the early 1930s.

That being the case, under our assumptions for economic prospects, deeper negative rates will become unavoidable. The first to explore this dangerous territory are likely to be the ECB, the Swiss National Bank and the Bank of Japan.[ii] So far, lending rates at the Fed and the Bank of England are still in positive territory, but faced with an economic slump, that may not persist. The Fed’s interest rate is particularly important, because international financial markets price everything in dollars. And unless the Fed is prepared to see a dollar being strengthened by deepening negative rates elsewhere, the Fed may have little option but to follow.

If the Fed introduces negative dollar rates, then distortions of time preference will take a catastrophic turn. All financial markets will move into backwardation, reflecting negative rates imposed on dollars. Remember, the only conditions where backwardation can theoretically exist in free markets are when there is a shortage of a commodity for earlier settlement than for a later one. Yet here are backwardation conditions being imposed from the money side. It leads us to one conclusion: if negative rates for the dollar are imposed on financial markets, they will almost certainly lead to a flight out of the dollar where deposits become taxed with negative rates, not into other currencies, but into all commodities and future claims upon them. The current situation, where since the 1980s derivatives have inflated commodity supply, thereby suppressing prices, will be reversed. The purchasing power of dollars will be undermined by an attempted flight out of money. And it is unlikely to be long before the difference between negative time preferences between dollars and mildly positive ones for everyday items promotes a similar flight out of retail bank deposits.

Excerpted from the article Negative Interest Rates and Gold