Government Fails at COVID-19 Test Distribution But Has $1.5 TRILLION for Wall St. 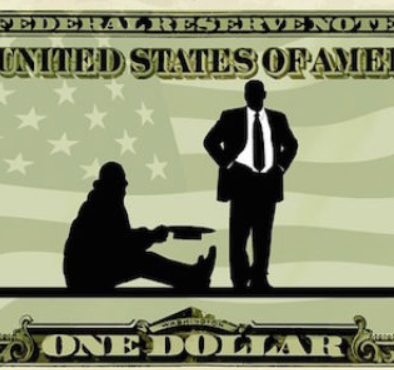 Last week, in regards to the COVID-19 tests, President Donald Trump told Americans that “anyone who wants a test can get a test.” Fast forward to this week, however, and we’ve found out just how untrue that statement is. Once the CDC declared COVID-19 to be a public health emergency, that triggered regulations which prevented hospitals and private lab companies from developing their own tests.

When it came time for them to release the tests, the CDC botched the rollout of the one they developed, leaving doctors unable to properly diagnose and treat their patients. It’s a government-sponsored shit show.

“As a practicing hospitalist, I’m furious that my ability to test patients for this disease is curtailed due to CDC-imposed red tape,” said Dr. Kyle Varner, a physician from the state of Washington. “The result is that patients are waiting for extended periods of time for their testing results and experiencing isolation and discomfort, while doctors can only guess at the true extent of the pandemic in their communities.”

A statement from the Libertarian National Committee summed up this debacle succinctly, when it pointed out how much tax money this behemoth gets and how inept they are when it comes time to use it.

Public health authorities in the United States soak up billions of tax dollars per year, run entire federal and state agencies, and regularly lobby congress for more power and tax money. Yet, when the time comes for them to respond to a global pandemic that threatens hundreds of thousands of American lives, they let America down. The result will be that this pandemic will be far more deadly and disruptive than it could have otherwise been.

We may pay taxes to support these agencies and their bureaucrats, but that doesn’t mean we can rely on them to keep us safe or healthy. In fact, during this pandemic, they have been the single biggest obstacle to an effective and life-saving response to the crisis.

“South Korea is able to test 15,000 patients per day, and are even adding drive-through testing, all while American doctors have to ration tests and can’t even know they are infected because there are not enough working tests here,” said Nicholas Sarwark, chairman of the Libertarian National Committee.

“Instead of allowing medical professionals to get working tests from wherever they can, government regulations stop healers from getting the tools they need to save American lives.”

We have no idea what he means when he says “right area” or “right agency,” as he failed to clarify. The doctors on the front line would also like to know where this is as well — especially considering the fact that the CDC kits are missing a vital reagent that allows doctors to isolate the virus’ genetic material, or RNA, from the sample.