Goodbye To All That: The Demise Of Globalization And Imperial Pretensions 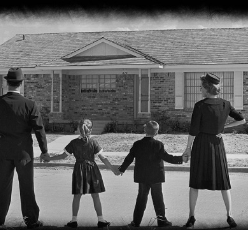 China and other emerging economies and the global expansion of the magic elixir of skyrocketing consumption, credit…

It’s human nature to reckon the current trend will continue running more or less forever, and that temporal, contingent structures are permanent. Globalization flourished because a unique set of conditions created fertile ground for the transfer of production to China and other emerging economies and the global expansion of the magic elixir of skyrocketing consumption, credit.

Credit-starved economies which are suddenly flooded with credit (for example, China) experience an explosion of investment in production, infrastructure and in business and household consumption.

In this boost phase of globalization, capital flows from stagnant developed economies to emerging economies to earn higher returns, and production moves to these low-cost economies to take advantage of low labor costs and lax environmental standards.

Put another way: globalization is simply one manifestation of the financialization of the global economy. Developed-world central and private banks create trillions of dollars in fiat currencies that then slosh around the world, seeking the highest return. Whatever can be exploited in the short-term is exploited and then capital moves on, leaving environmental destruction and distorted economies in its wake.

Alas, the virtuous-cycle boost phase financialization soon burns through all the easy gains and then speculative gains replace productive gains: since over-investment in production has led to over-capacity and near-zero profits, capital flows into speculative gambles and money-pit bridges to nowhere that do little to actually boost the productivity of the real-world economy.

This transition from investing in higher productivity to pouring money into speculative bets is so gradual that few even recognize the transition until it’s too late. All too quickly the economy becomes dependent not on gains in productivity–the only enduring source of wealth creation– but on speculative gambles paying off.

Once the economy becomes dependent on speculative bets paying off, central banks and governments rig the roulette wheel to insure the big gamblers always win. This rigging of speculative markets further distorts the economy and society by destroying price discovery and exacerbating soaring wealth inequality.

As the financial elites become accustomed to “winning” the rigged games, they increase their high-risk gambling, confident that even the highest-risk bets will always pay off. In this universe of moral hazard, it makes sense to borrow as much as possible to plow into the highest-risk bets. Why not maximize one’s gains at the rigged tables?

This institutionalization of financial folly created an extremely risky structure that is now breaking down. Bets placed with borrowed money are no longer paying off, and so whatever collateral remains must be liquidated to meet margin calls and pay down debt.

In the boost phase of globalization, it made sense to maximize profits by optimizing the global supply chain for the lowest cost of production and shipping via distant production and just-in-time delivery. The risks of this extreme optimization for profits above all else is now apparent as dependence on production in distant lands is not within our control.

The apparently risk-free paradise of globalization is actually riddled with potentially catastrophic risks. Every node in this complex network is a potential point of failure, and since redundancy and less tightly bound systems were sacrificed to maximize profits, there is no way to restore the supply chain with a few nips and tucks.

As for the Imperial Pretensions of both China and the U.S.–these were as dependent on financialization and globalization as global supply chains. China’s Belt and Road Initiative (BRI) exemplifies an era that has already turned to dust, and American pretensions of being able to afford large-scale global meddling are equally embedded in a zeitgeist that has lost its coherence and relevancy.

The decline phase of the S-Curve is just beginning. Much of what we’ve taken as permanent will melt into air, and that’s far from a negative development.