Gold’s perfect storm is upon us 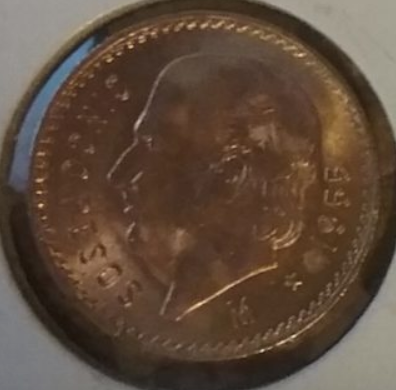 There is an old saying on Wall Street that the market is driven by just two emotions: fear and greed. While general equity investment decisions are driven by fear to the downside and greed (the current market emotion) to the upside, the gold price has the ability to move strongly to the upside by either emotion.

When the safe-haven metal is being driven higher during an atmosphere of both greed and fear, an extended move can end in parabolic fashion.

With global growth stabilization being of high concern to investors due to the coronavirus (COVID-19) outbreak in China, the fear component has gold futures breaking out of its 6-month consolidation towards its next target at $1700 as new cases of people contracting the virus continues to swell, and the death toll grows.

Chinese tourism, which has been a mainstay throughout the world, has come to an abrupt end as its people have been blocked from leaving the country. Nearly half of China’s population (more than 780 million people) are currently living under various forms of travel restrictions and the virus has caused scores of businesses to temporarily shutter stores or reduce hours. The hype over the COVID-19 virus, with a death rate of less than 3%, has reached incredible levels and is impacting the world economy on a massive scale.

In a note for G20 finance ministers and central bankers on Wednesday, the International Monetary Fund (IMF) mapped out many risks facing the global economy, including the disease and a renewed spike in U.S.-China trade tensions, as well as climate-related disasters. Finance ministers and central bankers from the top 20 advanced industrialized economies will gather in Riyadh, Saudi Arabia, this week, still uncertain about the impact of COVID-19.

Meanwhile, central banks have collectively continued to pump endless amounts of liquidity into their respective balance sheets. The Federal Reserve released the minutes report in which the U.S. central bank reiterated their decision to hold the benchmark interest rate, but stated they will remain flexible to change course if conditions alter drastically. The Fed also mentioned volatility due to trade uncertainties has diminished compared to last year when the U.S.-China trade war brought uneasiness to the global markets.

However, global growth stabilization is of high concern to the central bank due to the COVID-19 outbreak in China. Furthermore, the Fed would like inflation to return to 2% and are still deliberating over potential strategies to achieve that goal. The central bank pivoted from a hawkish to dovish approach to monetary policy in 2019. In 2020, the Fed is likely to stay on the sidelines during the election year, which is positive for gold.

On Thursday, China’s caution regarding the negative economic consequences from the CONVID-19 outbreak increase resulted in the PBOC cutting its one-year loan prime rate to 4.05% from 4.15% and the five-year loan rate to 4.75% from 4.80%. Gold’s reaction to the Chinese stimulus measures resulted in an eleventh session higher out of the past twelve and closed at a 7-year high above $1620 per ounce.

by David Erfle for KitCo News