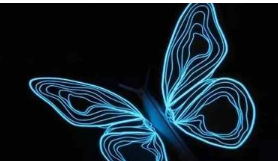 Having desperately avoided any discussion of a worst-case coronavirus scenario – or frankly any scenario that did not involve all time highs for stocks – for over a month, suddenly the market is obsessing with what a complete paralysis of China could mean for the world, not just in terms of millions in small and business companies shuttering and the financial sector collapsing under the weight of trillions in bad loans, but specifically how global supply chain linkages could cripple commerce across the world as corporations suddenly find themselves unable to find economic alternatives if China indeed goes dark.

However, as long-time readers may recall, the problem with trying to model supply chains shocks, especially in today’s “Just In Time” world, is that this task is virtually impossible as such a simulation very quickly reaches impossible complexity, something we first described in 2012 in our article “A Study In Global Systemic Collapse“, which referred to the FEASTA article titled “‘Trade-Off: Financial System Supply-Chain Cross-Contagion” which showed that contagion within supply chains could quickly lead to wholesale, systemic collapse due to non-linear bifurcations between sequential phase states.

Not for nothing, this is how we described the study back in 2012: “think of the attached 78-page paper as Nassim Taleb meets Edward Lorenz meets Malcom Gladwell meets Arthur Tansley meets Herman Muller meets Werner Heisenberg meets Hyman Minsky meets William Butler Yeats, and the resultant group spends all night drinking absinthe and smoking opium, while engaging in illegal debauchery in the 5th sub-basement of the Moulin Rouge circa 1890.”

And while there was far more in the report, one section was notable – the one discussing how relentless central bank intervention has made the global system far more brittle, or as Taleb would call it, extremely not anti-fragile:

The final point is about black swans & brittle systems: The growing stress in our very complex globalised economy means it is much less resilient, see the discussion in section 3.1 and figure 2. Thus a small shock or an unpredictable event could set in train a chain of events that could push the globalised economy over a tipping point, and into a process of negative feedback and collapse.

That small shock was not a black swan, but rather a black bat in Wuhan, which has now triggered the biggest economic shock in decades, with some estimating the coronavirus will cost more than $1 trillion in lost global economic output.

The report made another notable point: that warnings about systemic fragility and the danger posed by intertwined supply chains which have lulled the world into a sense of grotesque complacency about potential risks, would only come from the fringes while authorities would do everything in their power to keep calm, no matter the coast… precisely as is happening right now:

… warnings may keep coming, and almost by definition, from the fringes. When assessing risks that challenge consensus, people are more likely to defer to authority, which generally sees itself as the representative of the consensus. Furthermore, as a species with strong attachments to group affirmation, being wrong in a consensus is often a safer option than being right but facing social shaming, or especially if found to be wrong later.

Far better to say: “Look, don’t blame me, nobody saw this coming, even the experts got it wrong!”

But even if we can appreciate a warning, the inertia of the status quo generally ensures acting on such warnings is difficult. In general we chose the easiest path in the short-term, and the easiest path is the one we are familiar and adaptive with. We would rather put off a hard and high consequence decision now, even if it meant much higher consequences some time in the future. However, if each step on the path of least resistance is a step further from where we ideally should be, the risks associated with doing anything rise as the divergence is so much wider. Eventually one’s bluff may be called, but not yet, and hopefully on somebody else’s watch.

Unfortunately, it is very clear that we have learned almost nothing general about risk management as a societal practice arising from the financial crisis. We have merely adopted a new consensus, with a questionable acknowledgement that we will not let this type of crisis happen again. However, the argument in this following report is that we are facing growing real-time, severe, civilisation transforming risks without any risk management.

Sadly, it now appears that the bluff was called, and it was on everyone’s watch, which in turn brings us to the paper’s conclusion:

We are locked into an unimaginably complex predicament and a system of dependency whose future seems at growing risk. To avoid catastrophe we must prepare for failure. Our immediate concern is crisis and shock planning. It should now be clear that this is far more extensive than merely focussing on the financial system. It includes how we might move forward if a reversion to current conditions proves impossible. That is we also need transition planning and preparation. Even while subject to lock-in and the reflexivity trap, this will be most effective if it works from bottom-up as well as top-down. Finally, neither wealth nor geography is a protection. Our evolved co-dependencies mean that we are all in this together.

We urge everyone to reread this particular paper which may soon serve as a blueprint to the upcoming social and economic collapse unless China manages to not only stop the coronavirus epidemic (and really stop it, not just in fabricated excel spreadsheets), but also restore confidence in the people that it has their best interest in mind.

For those wondering why we bring this up now, the answer is that nearly 8 years after the warnings first came from this website, i.e., the “fringes”, they have finally spread to the core, i.e., Goldman Sachs, which in its latest report looking at the “role of supply-chain effects” in the context of the coronavirus pandemic. The bank first lays out the bigger picture…

The substantial share of US intermediate inputs sourced from China, the academic literature, and the large spillovers from the 2011 Japan earthquake to US auto production suggest that China supply chain disruptions may weigh significantly on US activity.

… before reverting to its traditional client-soothing, optimistic cop…

However, under our baseline assumption of a sharp reduction in new infections by the end of Q1, we see the US growth impact from supply chain disruptions as limited for two reasons. First, the academic literature shows that the hit to downstream production tends to be smaller when imports of inputs decline for a shorter period rather than when production capacity is persistently damaged. Second, a survey of GS sector analysts suggests that lower production outside of China due to supply chain disruptions has remained negligible thus far, and that most sectors have enough inventory to continue production as normal until at least Q2.

… but it’s what Goldman said next that shocked us, as it sparked the flashback to the abovementioned paper which emphasized the complex, non-linear, potentially catastrophic nature of “supply-chain cross-contagion”, which even Goldman now admits has to be considered:

… however, risks are clearly skewed to the downside, with an increasing amount of companies suggesting potential production cuts should supply chain disruptions persist into Q2 or later. The supply chain effect is likely nonlinear with the length of the outbreak, as production is likely to remain largely unaffected until inventories run out, after which production may fall sharply.

The bolded last sentence is the closest anyone in authority will come to admitting that the current globalized system is so complex, so intertwined and so reflexively reliant on every component functioning properly, that nobody has any idea what will happen if a major cog – and there is no bigger cog in global supply chains than China which is responsible for a third of global economic growth in recent years – were to break.

Predictably, the bank found little impact on US production under its optimistic baseline scenario, but the impact would nonlinearly increase as the duration of the disruption increases. And while Goldman economists note that this model is stylized and is not meant to provide a precise quantitative estimate of the production hit from supply chain disruptions, “it illustrates why supply chain disruptions are likely to have a significant impact only if the outbreak lasts much longer than expected.”

To be sure, Goldman couldn’t leave it at that as otherwise the market reaction would be far worse than the “mere” 1,000 point Dow selloff: after all, reading closely between the lines, Goldman is admitting that the world economy and modern capital markets are on the verge of collapse, and may cease to function unless the Chinese pandemic is resolved soon.

Which is why the bank had to do what it said is impossible, and quantify – optimistically – the impact of the supply chain collapse, slashing another 0.2% from Q1 US GDP, which it now sees rising just 1.2%, and despite admitting that ultimately it is futile to predict the outcome of supply chain shocks, Goldman goes on to list just how supply chain studies predict a shock could play out.

All of this is meaningless, because if indeed the length of the outbreak persists and the nonlinear supply chain effect stretches into Q2 and Q3 at which point global inventories run out, well, it will be too late to worry about such trivial concepts as global GDP or the level of the S&P, because by that point the world will have entered the “Unthinkable” scenario laid out previously by Rabobank, which as a reminder is the following:

This scenario is very short. The virus spreads globally and also mutates, with its transmissibility increasing and its lethality  increasing too. The numbers infected would skyrocket, as would casualties. We could be looking at a global pandemic, and at scenarios more akin to dystopian Hollywood films than the realms of economic analysis. Let’s all pray it does not come to pass and just remains a very fat tail risk.