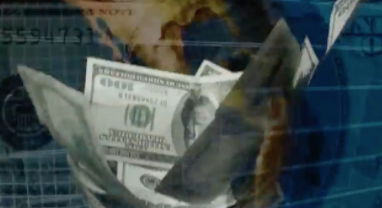 And it’s not just gold. The Fed is already hinting that more money printing is coming.  Powell suggested at his semi-annual Congressional testimony that QE would be used in the next recession.  A couple other Fed officials this week confirmed that the FOMC is preparing to crank up the printing press even more than it has been running since mid-September.

But why does the Fed feel compelled to warn us that more money printing/currency devaluation is coming if, a Powell told Congress, “the economy is in a good place?”

To begin with, money printing is not stimulating economic growth. The economy has been sliding into contraction for quite some time. Since the “repo” operations began, that pace of contraction has increased.

Make no mistake, the Fed is printing money for two reasons. First and foremost to plug the widening chasms in bank balance sheets brought on by taking on highly risky lending and derivatives risks.  This why the bank excess reserve account has drained steadily since late 2014:

Why was QE restarted? This article partially explains the reason:  Banks Stuck With Billions In Risky Leveraged Loans As Investors Flee The formal term for this is “moral hazard.”  The second reason is to monetize the flood of new Treasury issuance that began in the fall of 2019. Currently the Fed’s Treasury holdings are nearly as high as its peak during  of the first period of money printing (QE1-3).

Yes, the appearance of coronavirus is going to exacerbate the systemic problems engulfing the world. But Corona has NOTHING to do with the fact that the U.S. is overleveraged at every level of the economic system (Govt, corporate, household) and China, Japan, and  EU are overleveraged at the Government and corporate level.

EU and U.S banks are  highly stressed from holding non-performing assets (subprime loans primarily) compounded by derivatives connected to those assets, which are deteriorating rapidly in value. The global economy was sliding into a nasty recession well before corona hit the scene. Corona merely will hasten the inevitable. The that fact that the global economy can’t withstand this particular exogenous shock reflects the extent to which the global economic/financial system was already headed toward the cliff.

With the stock market broken (i.e. its price discovery mechanism removed by Central Bank money printing), gold soaring despite heavy intervention attempts, the 30-yr Treasury bond yield hitting an all-time low and the Fed telegraphing even more money printing is coming, something really ugly is going to surface and cause financial system destruction similar to what occurred in 2008 – only this time it will be worse.

For now my front-runner in the race to collapse is HSBC. Deutsche Bank seems to have been somewhat stabilized from massive intervention by the ECB, Bundesbank and German Government (though that “appearance” of stabilization likely is deceptive). Judging from its stock chart, which has woefully underperformed the sector since mid-2018 and has substantially underperformed DB since mid-December, HSBC appears to be on the ropes. It may be more insolvent than DB now.  HSBC is loaded up on overvalued, illiquid Hong Kong real estate loans among many other reckless investments.

I think whatever coming at us is going to make things unpleasant for everyone. But you can help protect your financial situation by buying physical gold and silver that you safekeep yourself.  Gold broke out in a major way in mid-June. It sniffed out the systemic problems starting to surface well ahead of the reimplementation of money printing in September.

Gold raced to a 6-year, 11-month high last week. It’s only a matter of time before it assaults the previous all-time high of $1900. Though inexplicably underperforming gold, silver is percolating to make a move like the current move in palladium. And last but not least, the junior mining stocks are setting up for a move that will make the current tech-mania bubble seem tame.