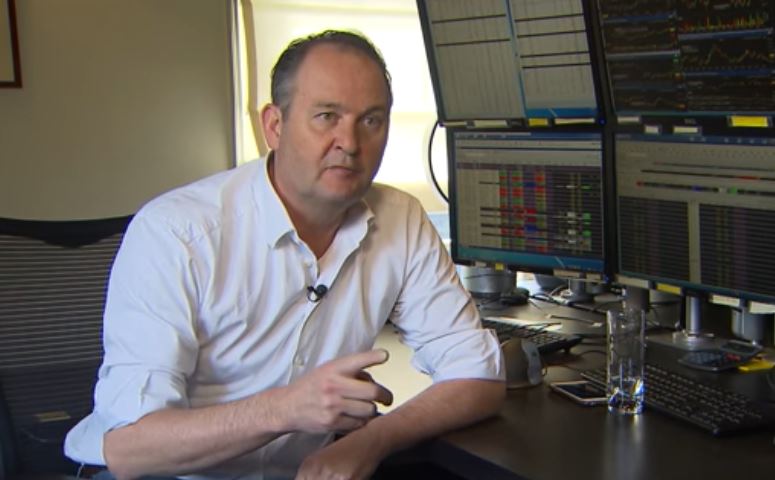 LAST year, 22 central banks, situated largely to the east of Germany, bought the largest amount of gold since 1967 – the year that the London Gold Pool collapsed. The gold repatriations by many European countries of the last few years are another sign that we are reaching the end of four decades of monetary calm. This could bring about the largest monetary changes since the closing of the gold window by US President Richard Nixon in 1971.

The US wants its fiat dollar system to prevail for as long as possible. It has every interest in preventing a “rush out of dollars towards gold”, as happened in the 1970s. Since then, bankers have been trying to exercise control over the precious metal’s price. This war on gold has been ongoing for almost 100 years, but gained traction in the 1960s with the forming of the London Gold Pool – whose members included the US, UK, Netherlands, Germany, France, Italy, Belgium and Switzerland.

During meetings of central bank chiefs at the Bank for International Settlements in 1961, the eight participating countries agreed to make available a gold pool worth US$270 million. This was focused on preventing the gold price from rising above US$35 per troy ounce, as set during Bretton Woods, by selling official gold holdings from the central banks’ gold vaults.

However, in March 1968, the pool was disbanded because France would no longer cooperate. This signalled the start of a 13-year “bull market” and sent gold to more than US$800 per troy ounce in 1980.

Today, Washington may consider it useful to bring back gold to support the US dollar. Some US insiders have even been calling openly for a return to the old way of doing things. Neo-conservative Robert Zoellick, the former president of the World Bank, wrote an open letter to the Financial Times in 2010 entitled “Bring back the gold standard”.

A 2012 study by the Chatham House gold taskforce suggested that the metal could be added to the International Monetary Fund’s special drawing right (SDR). One of the members of this taskforce was Lord Meghnad Desai, chair of the Official Monetary and Financial Institutions Forum (OMFIF) advisers council. During a conference in Dubai he remarked: “We could ask that gold be nominated as part of the SDR. That is one thing I think is quite likely to happen. This will be easier if China increases its official gold holdings.”

Beijing wants to increase its gold reserves in the shortest time possible to at least 8,000 tonnes. This would put China on a par, in terms of its gold to gross domestic product (GDP) ratio, with the US and European Union. It would open the way, should the need arise, for a possible joint US-EU-China gold revaluation to support the financial system.

Beijing must realise that the US could surprise the world with a unilateral gold revaluation. Wikileaks revealed a cable, sent in early 2010 to Washington from the US embassy in Beijing, which quoted a Chinese news report about the consequences of such a US dollar devaluation: “If we use all of our foreign exchange reserves to buy US Treasury bonds, then when someday the Federal Reserve suddenly announces that the original 10 old dollars are now worth only one new dollar, and the new dollar is pegged to the gold – we will be dumbfounded.”

In recent years, there have been numerous statements demonstrating China’s understanding of the “dark forces” suppressing the price of gold on Wall Street. Zhou Xiaochuan, then-governor of the People’s Bank of China, revealed in a 2009 article that the Chinese recognise the hypocrisy of US policy towards gold: “After the disintegration of the Bretton Woods system in the 1970s, the gold standard – which had been in use for a century – collapsed. Under the influence of the dollar hegemony, the stabilising effect of gold was widely questioned; the ‘gold is useless’ discussion began to spread around the globe . . .

Currently, there are more and more people recognising that the ‘gold is useless’ story contains too many lies. Gold now suffers from a ‘smokescreen’ designed by the US, which stores 74 per cent of global official gold reserves, to put down other currencies and maintain the dollar hegemony.” Since then, China and Russia have stopped buying US Treasuries while adding physical gold reserves.

Clearly, gold is making a remarkable comeback to the world financial system. A new gold standard is being born without any formal decision. At least, that is how Ambrose Evans-Pritchard, an influential international business editor of The Telegraph, described the ongoing efforts by countries to lay their hands on physical gold: “The world is moving step by step towards a de facto gold standard, without any meetings of G-20 leaders to announce this.” OMFIF